How to eat escargot (and not be a wimp)- Edible Education

Very rarely does a food inspire such revulsion and terror. But why exactly does escargot get a bad rap? Ellen investigates. And eats. 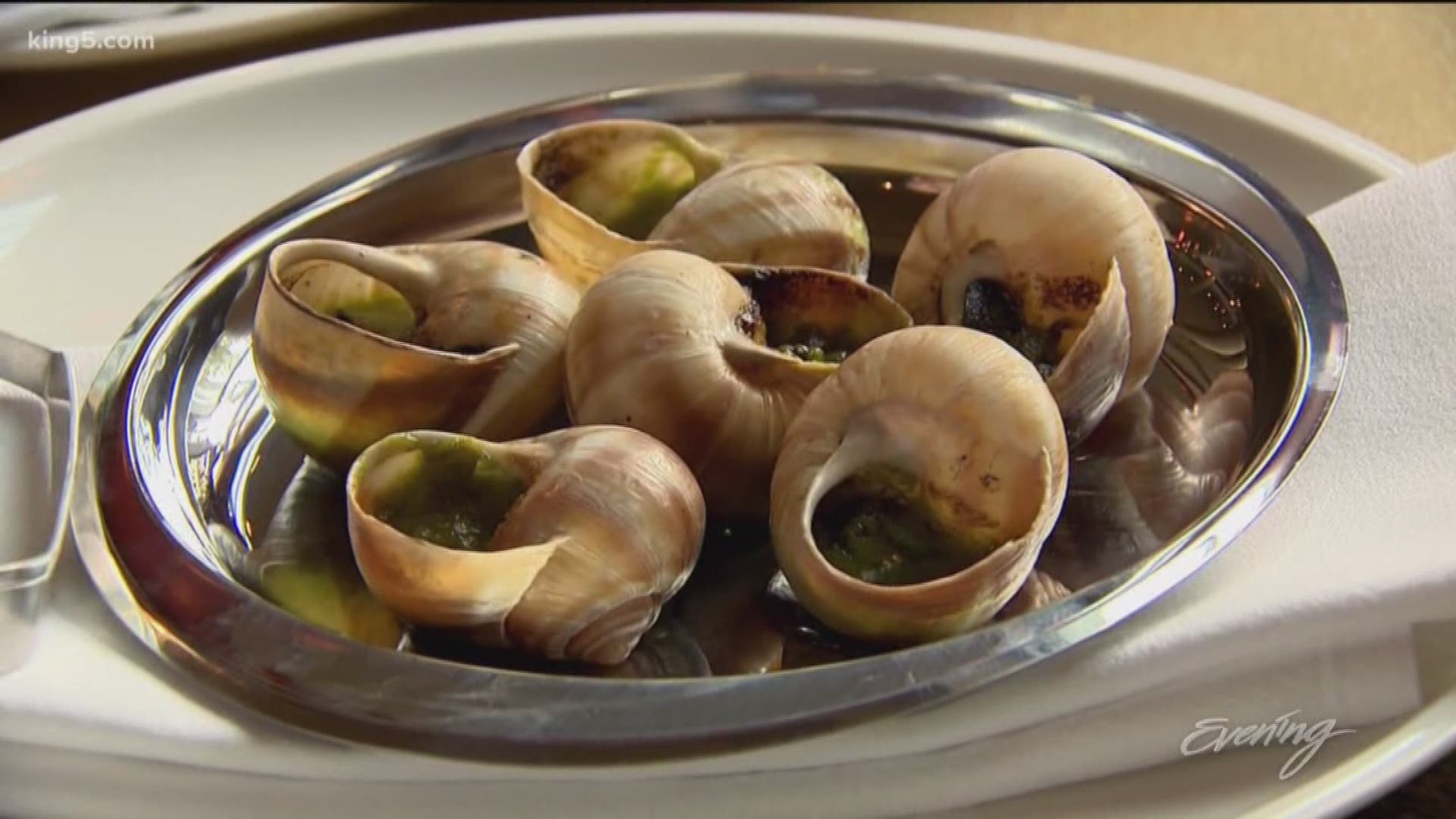 SEATTLE — Escargot inspires revulsion, passion, and confusion. Many people can't seem to wrap their heads around the fact that some cultures eat snails.

Seattle has several restaurants that serve escargot, including El Gaucho, Cafe Campagne and Maximilian. I met with James Beard Award-winning Chef Jason Wilson at El Gaucho Bellevue for a lesson in this maligned dish.

Escargot is considered a French dish, although it's enjoyed IN many places around the world. Several European and North African countries eat escargot.

Generally, escargot is either served in the shell, or out of the shell. Most places in Seattle serve out of the shell, because it makes them easier to eat- including El Gaucho. But, Chef Wilson prepared them in the ultra-traditional way for this segment- in-shell, in an escargot dish, covered in garlic-parsley butter, with a side of garlic bread and some nice French white wine.

Credit: Ellen Meny
I know. They're snails. But I promise, they're really good!

Here's a little secret- usually, snails aren't purchased in their shells. They come in cans and jars, and for the ultra-traditional presentation, chefs put them back in shells to serve.

Chef Wilson describes the taste of snails as "portabella mushroom that's been in the grass for a little while". It's a good (and funny) description, because the texture is like a mushroom and the flavor is buttery and herbaceous. Snails eat grass, and then snail farmers finish them on beds of basil- that's where that herbaceous flavor comes in.

Eating in-shell escargot requires two utensils- a snail fork, which is a dainty two-pronged fork, and snail tongs, which are scary yet delicate-looking tongs. Here's how to eat escargot:

Step One: Grab shell with snail tongs. Do not pull a Pretty Woman.

Step Two: Use snail fork to dig snail out of shell.

I did ask Chef Wilson about escargot's bad rap. He attributes it to a few things- the idea that escargot is too "fancy", and the fact that escargot is...well...primarily a snail-based food. And people have a tough time with snails.

But, he made a good point- snails are much like shellfish. Many Seattleites eat oysters, mussels, clams...

So, I beg the question- why not snails?

Want to suggest where I should have my next lesson in Edible Education? Catch me on Twitter, Facebookor Instagram! I'd love to hear your thoughts.