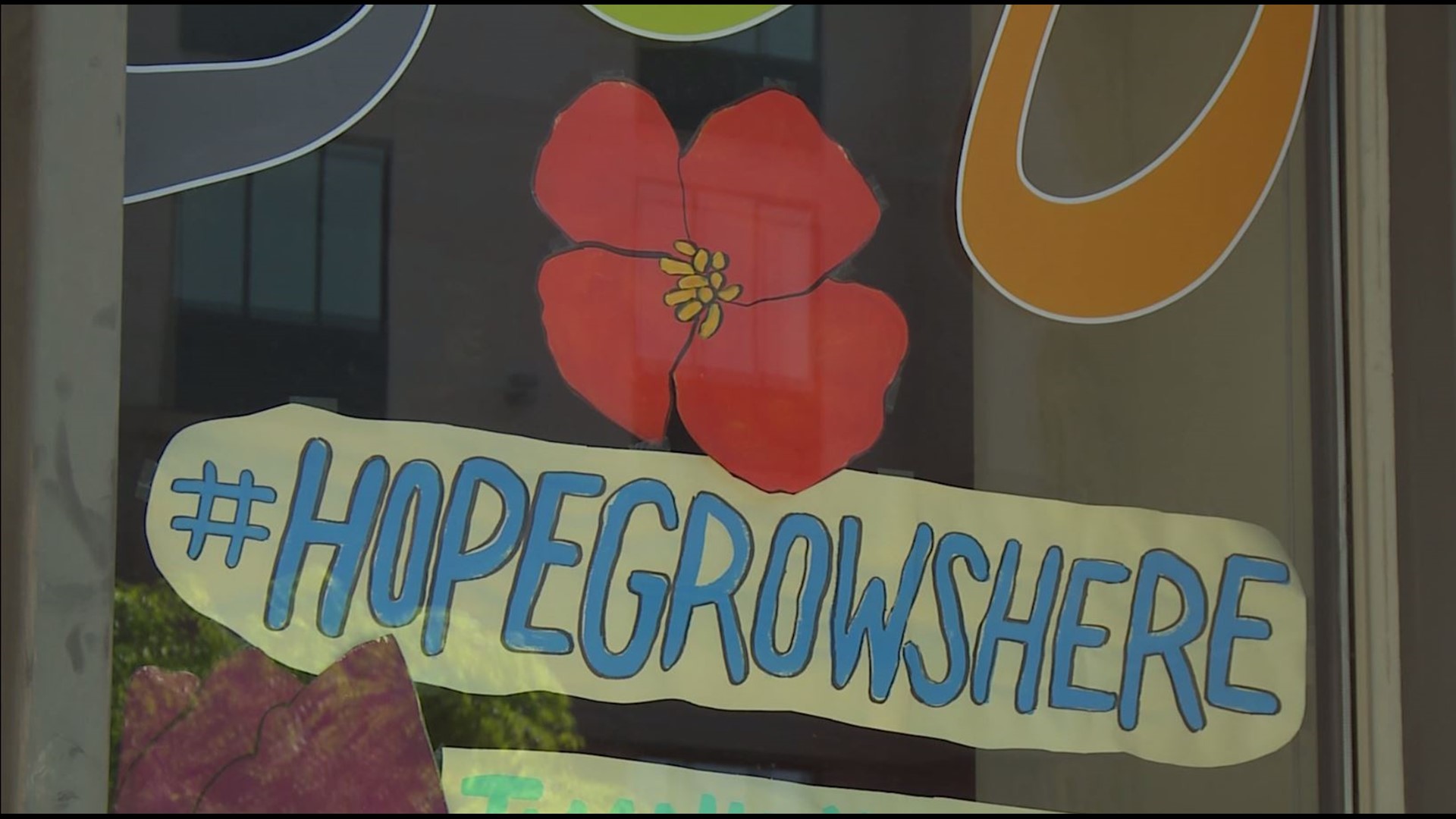 TACOMA, Wash. — The Children's Museum of Tacoma may be closed. But its windows are blooming with life, color and appreciation. It’s the work of local artist Nina Hartman inspired by flowers from her own garden.

“I was trying to make things colorful and large and something cheerful for people to see when they are out on the town,” Hartman says.

It’s just one window garden among many flowering all over the South Sound as part of the "Hope Grows Here" project started up by Mulitcare Foundations to promote emotional and mental health.

" We were feeling fearful,” says vice president Dori Young. “The world was turning upside down in a very short amount of time. You could read it on people's faces and we just felt like we needed to do something to try and remind each other that we can get through this together.”

700 people have already signed up. You can find flowers on coffee shop windows and store fronts; spray painted on a wall in one neighborhood, decorating a fence in another. Each one offers a colorful bouquet of hope. Lance Kagey of Rotator Creative came up with the concept of flowers.

“There is this interesting connection I think between flowers and hope and healing,” he says. “If someone's in crisis or someone's in the hospital we bring them flowers.”

The window gardens may have been embraced by businesses first, but now they can be found in the windows of homes. They’re made by people displaying their own creativity and hope.

“It's heartwarming,” says Hartman. “It's really fun to see everyone's take, everyone's different designs. There are so many different styles So it's really encouraging to see. And it's a reminder that even though you don't see many people out around, we know that people are working to make things better all the time.

So many signs of hope. And optimism. Three simple words that say a lot more.

To make your own window garden visit this Multicare Foundations site.