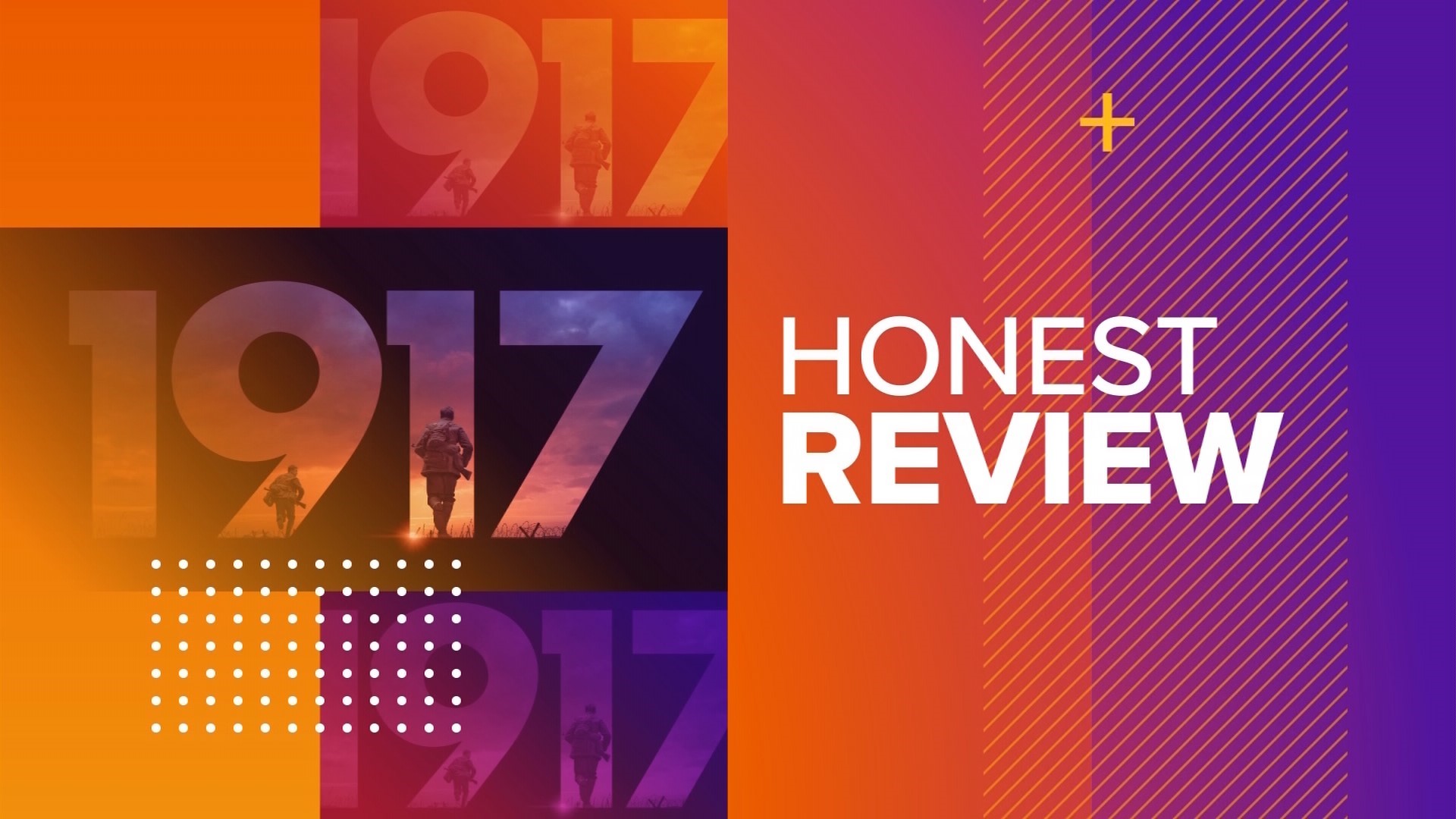 EXPECTATION OF MOVIE: none

Every Honest Review starts with transparency about how I was feeling when I screened the movie, and this one will also include the timing of my screening.

I saw 1917 a full month ago, the first week of December. So I've been waiting a long time to share this with you!

It was a busy time at work and I was jamming to get things done before winter hiatus, so I didn’t have time to grab a decent dinner before the screening. Instead, I scarfed down some mini pretzels from the theater concession. (New Year’s resolution: don’t do that.)

With vacation looming, I was in a good mood.

But I’m not a traditionally big fan of war films, so I had zero expectations for 1917.

As the name implies, it’s set during WWI and follows two young British soldiers on what seems like an impossible mission: make it across German lines to deliver a message that would save more than a thousand men from certain death.

It’s an interesting premise, if not a groundbreaking one.

But don’t let the simplicity fool you - the acting and execution of 1917 is groundbreaking, and you’ve never seen a war movie like it.

The cinematography and action sequences are mind-blowing. Virtually the entire movie looks like one continuous shot. The opening sequence lasts for at least 5 minutes before there’s even a chance for an edit - and wherever the edits do exist, you can’t tell.

That makes for an extraordinarily intimate and immersive viewing experience. As the soldiers bravely confront unknown dangers, you’re right there with them.

And those dangers play out like the best kind of action film - a suspenseful thriller where an unfortunate series of sneak attacks, explosions and acts of nature all seem very plausible and very real.

Writer and director Sam Mendes used his grandfather’s stories from World War I as inspiration for the film, and it feels personal. But unlike some of the year’s other top films, 1917 is never self-indulgent. It’s tight - it never drags, never feels self-important, and never shows off. It’s just the right tone, the right length, and the right conclusion. It’s just about perfect.

So, my Honest Review of 1917? If it’s the first movie you see in 2020, you’re starting the year off right. It’s the best war film since Saving Private Ryan, and my favorite movie of the past year. I hope you enjoy it, too.

WHAT IS “HONEST REVIEW”?

I’m a member of the Critics Choice Association. I interview actors and filmmakers. I’ve worked in broadcast television for 20 years.

I’m also a Seattle wife and mom who works full-time and sits in an hour of traffic (minimum) every day.

All of these things can impact my reaction to a film. Because I’m human.

So in an effort to write an Honest Review, I’ll always list the external factors that might affect my enjoyment of the movie. Then, I’ll give you my review. Then, you can decide if it’s useful or not.

What do you think of Honest Review or 1917? Let me know at @kimholcomb.