A new trail guide will take you from train tunnels to fire lookouts to ancient indigenous pathways. #k5evening 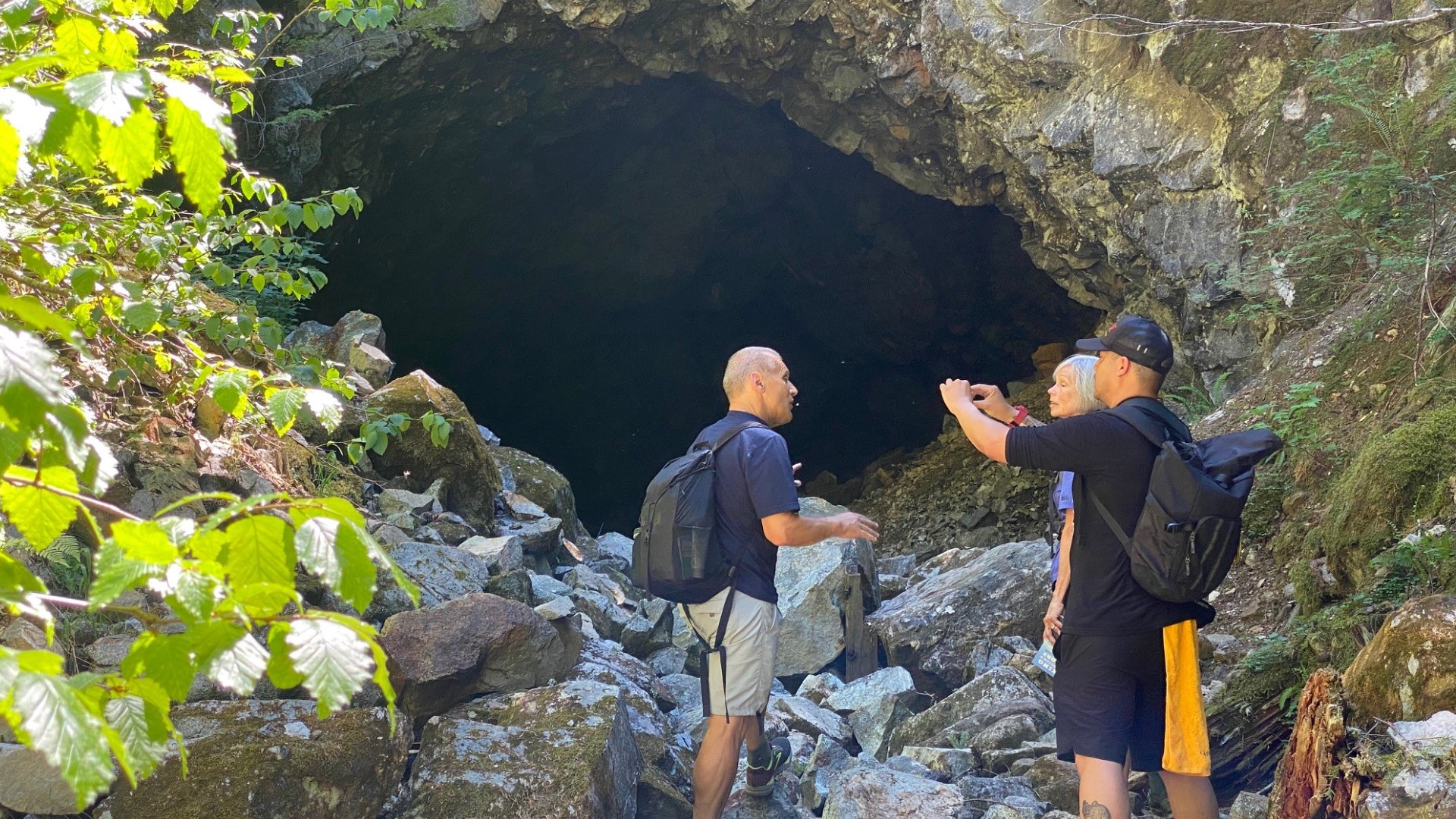 The only thing that makes a hike in the Pacific Northwest better is when it's a hike that has a story.

"Hiking Washington's History" is a 'boots-on-the-ground' guide to the stories behind some of our state's trails. Judy Bentley wrote the first edition -
for the second edition she teamed up with Craig Romano, who's written dozens of Northwest hiking books.

“I knew I was going to need some fresh legs on the trail, and we wanted to make it more of a trail guide,” said Bentley.

“Even though I was brought in for the trails, I actually have a background in history, I studied history at the University of Washington,” said Romano. “So this is one of the first times that I actually got to put my history degree to work."

We met them up off Steven's Pass on the Iron Goat Trail, which was once traveled by trains instead of hikers. It was named for railroad builder James J. Hill. “He was known as the Iron Goat because of his stubbornness and determination,” said Bentley.

Old trestles and tunnels are still visible today along this trail, and there’s tragic history here too.

“Over 96 people died here, it used to be called Wellington, it was one of the train stops about 6 miles up this trail, you can still visit it,” said Romano. The book chronicles the Wellington Disaster: In 1910 two trains were swept downslope and demolished by the deadliest avalanche in U.S. history.

Other hikes in the book have happier histories, like Bentley’s favorite, the Yakima Cowlitz Trail, a 7000-year-old path made by local tribes gathering for summer to harvest berries and socialize in the mountains near White Pass. “It just boggles the mind,” said Bentley.

Romano’s favorite hike is on the book’s cover: “I love them all but my all-time favorite would have to be Sourdough Mountain. It’s not easy but it is spectacular and it's got a historic fire lookout but it's also where Gary Snyder a poet spent the summer of 1953. Everybody equates the Northwest lookouts with Jack Kerouac but it was Snyder who invited Kerouac out!”

A couple of rules for hiking back in history -- slow down and look around - you'll see pieces of the past everywhere.
And if you encounter rusty items on the ground, like the metal scraps we found along the Iron Goat Trail,  don’t pick them up and haul them out – they’re probably artifacts.

Reading "Hiking Washington’s History" won’t just get you out on the trail – it will take you back in time.