Hat Island is a tiny island with a yearlong population of about 60. #k5evening 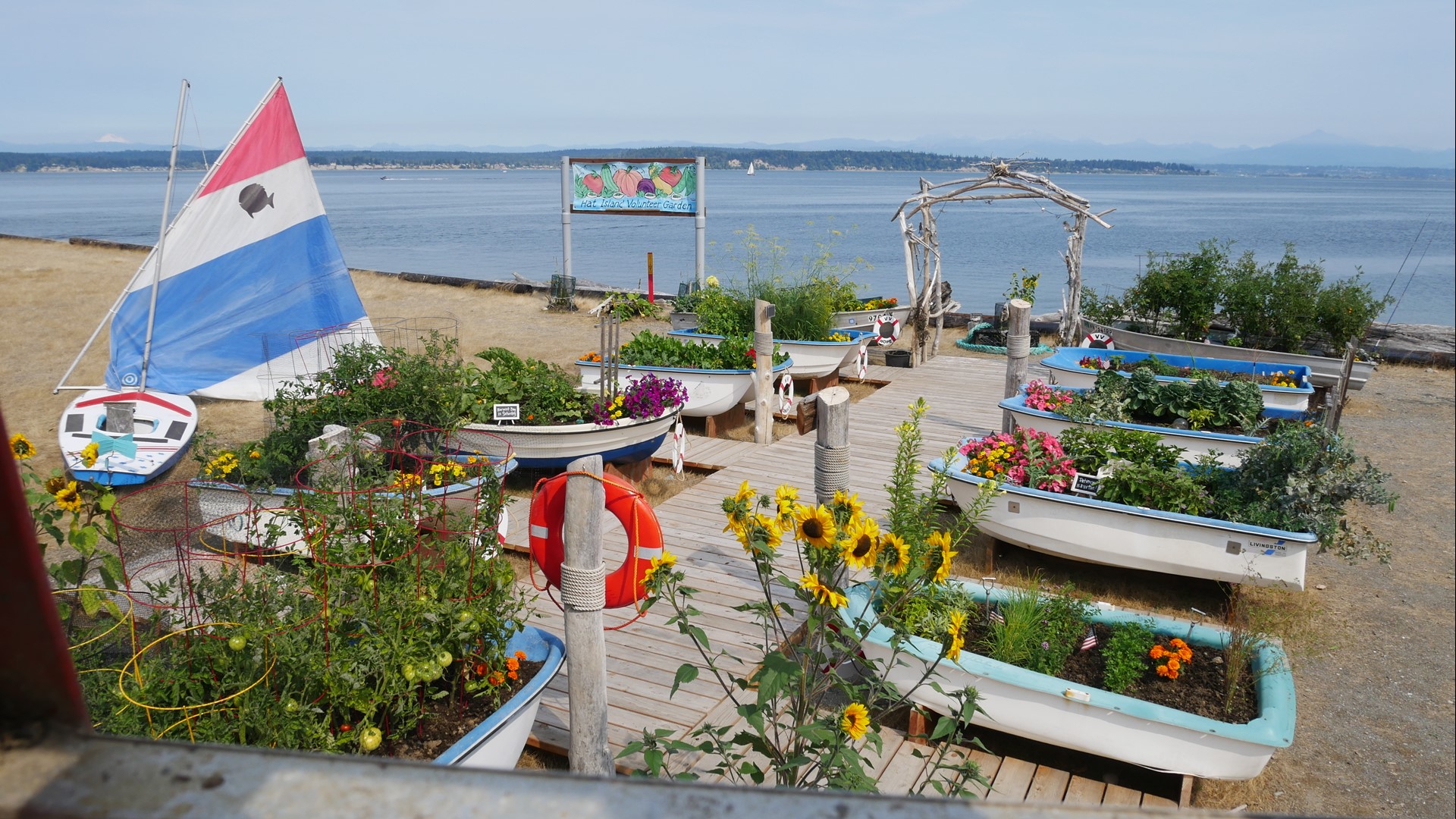 HAT ISLAND, Wash. — Hat Island is a tiny island about seven miles on the water from Everett. It's a private island that feels worlds away, with about sixty yearlong residents. That feeling is magnified in our current, quarantined world - Hat Island has closed off to most visitors, making it even more distant than before. And the residents were starting to feel that.

"People were getting a little testy from the COVID isolation, and this gave people an outlet to get something done," says Hat Island resident John Holte.

Thus, the Hat Island Volunteer Garden was born. A group of residents dreamed up the garden as a way to pull the community together and grow something for the island - literally.

"It gave the community a beautiful focus to have a shared goal to see developing month after month," says Merry Shropshire, one of the garden's founders.

"Its' just been a healing, growing thing I think everybody needed," says Lori Christopher, another garden founder.

Pretty much everything about the garden, from the realistic dock to the driftwood signposts to the colorful sign, painted by Lori, was either donated, self-funded, or made by volunteers.

While you can't visit the Hat Island garden unless you live on Hat Island, you can help them continue their efforts to grow. In order to support the garden, volunteers sell tee-shirts, tote bags and gift cards online – and those who donate can also receive a bottle of their own Hat Island Cellars wine label! Just email HatIslandGarden@gmail.com to find out more.

The garden is truly a community effort. Even the plant sprouts were hand-grown by residents.

"Broccoli, cabbage, kale, beets, onions, all these starts began in their windowsills and under grow lights in their homes," Shropshire says. "So it makes it especially wonderful that all of the fruits and vegetables you see were grown by islanders."

Volunteers are the backbone of the garden. Residents sign up to water, weed and harvest every week.

"We have watering twice a day, and we have a list that's always filled up with people willing to help," Christopher says.

And when harvest day comes around every Saturday, those same dedicated volunteers collect and distribute the fruits and vegetables. It's a bounty born from a strange, scary time, but the residents of Hat Island plan to continue growing and growing.

"It's a place that we want to do the very best we can for," says Christopher.