Just a 15 minute boat ride from Everett sits what many call "an island paradise." 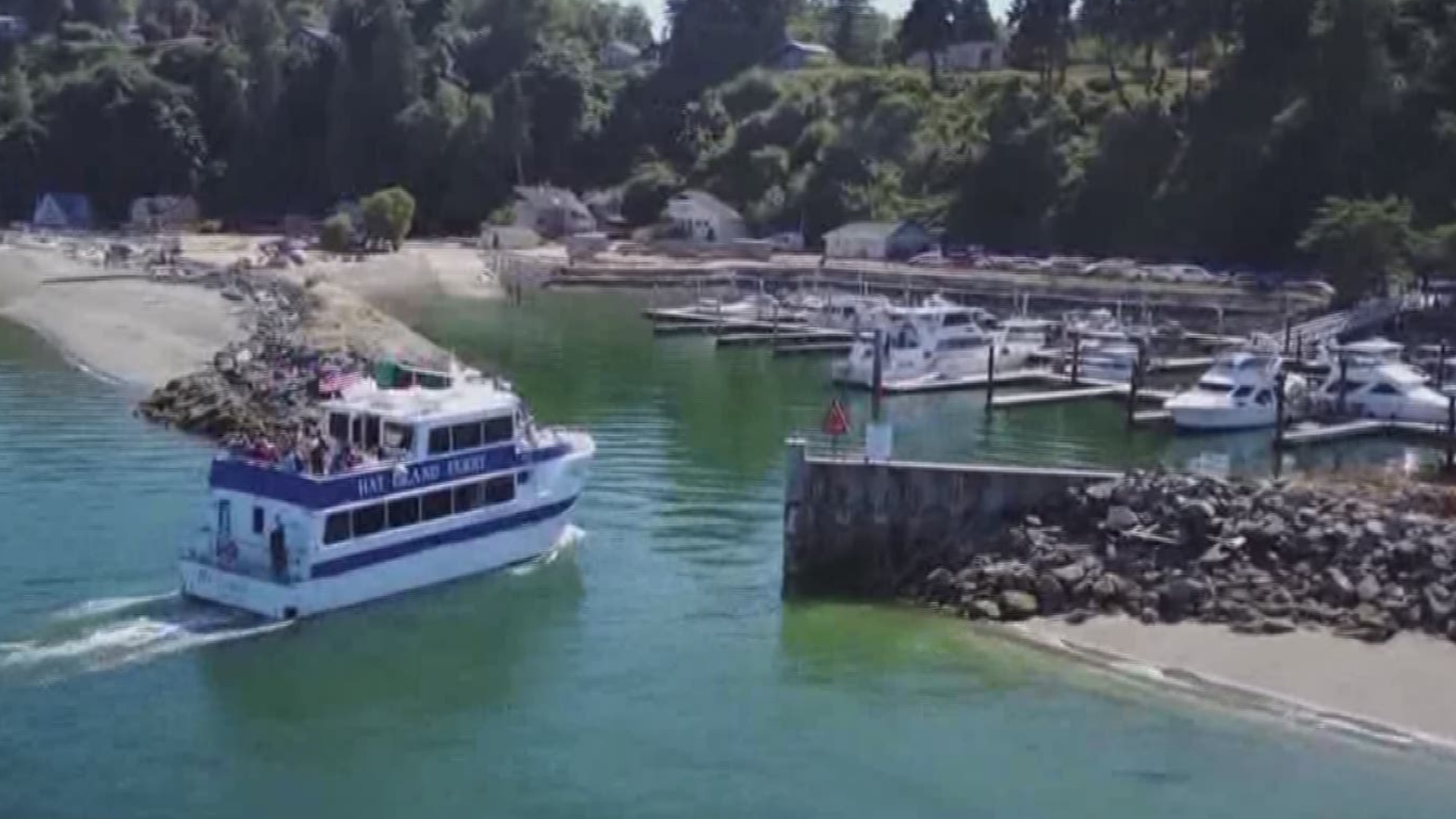 It's hard to get to. It's dusty. Harbormaster Barb may chase you off. But once you're in on Hat Island, you may never want to be out.

Four miles of beach, a marina leads to the yacht club that's just down the hill from the most affordable country club in the country.

The 50 year-round residents love the place for its privacy and proximity. You can see it from Everett, from which the Hat Island Ferry runs on weekends.

Its official name is Gedney Island. But locals call it "Hat" because it looks like a baseball cap from the water.

They called it "The Riviera of the Northwest" in the 1960's. Plans for a restaurant, an airfield, a swimming pool, a theater, a golf course, even a boatel were in the works.

The golf course got built. Nine holes wind through massive trees with spectacular views all around. But the economy and a failed power generator put the other big ideas out to sea. And decades later, locals like it just the way it is, an invitation-only island.

"So we got a moat around the island, for our gated community. A giant moat...with whales," said longtime Hat Island resident Bud Lofgren.

An unwritten law forbids washing your car. There are no paved roads.

The island speed bump is a large rope across the dirt road.

"Things move slowly here on Hat... retired from one of the tug boats probably," said Karsten McIntosh, a 20-something whose parents have a place on the beach.

There are no restaurants or stores or hotels. It is purposely underdeveloped, though there is a push and pull with progress.

"Most people are accepting of the fact that progress is coming. We're gonna get new owners like we always have and that'll help the island," said Bud.