For many, it's a holiday tradition. But most who buy Harvey's Butter Rum Batter don't know that it's born and based right here in Bremerton. 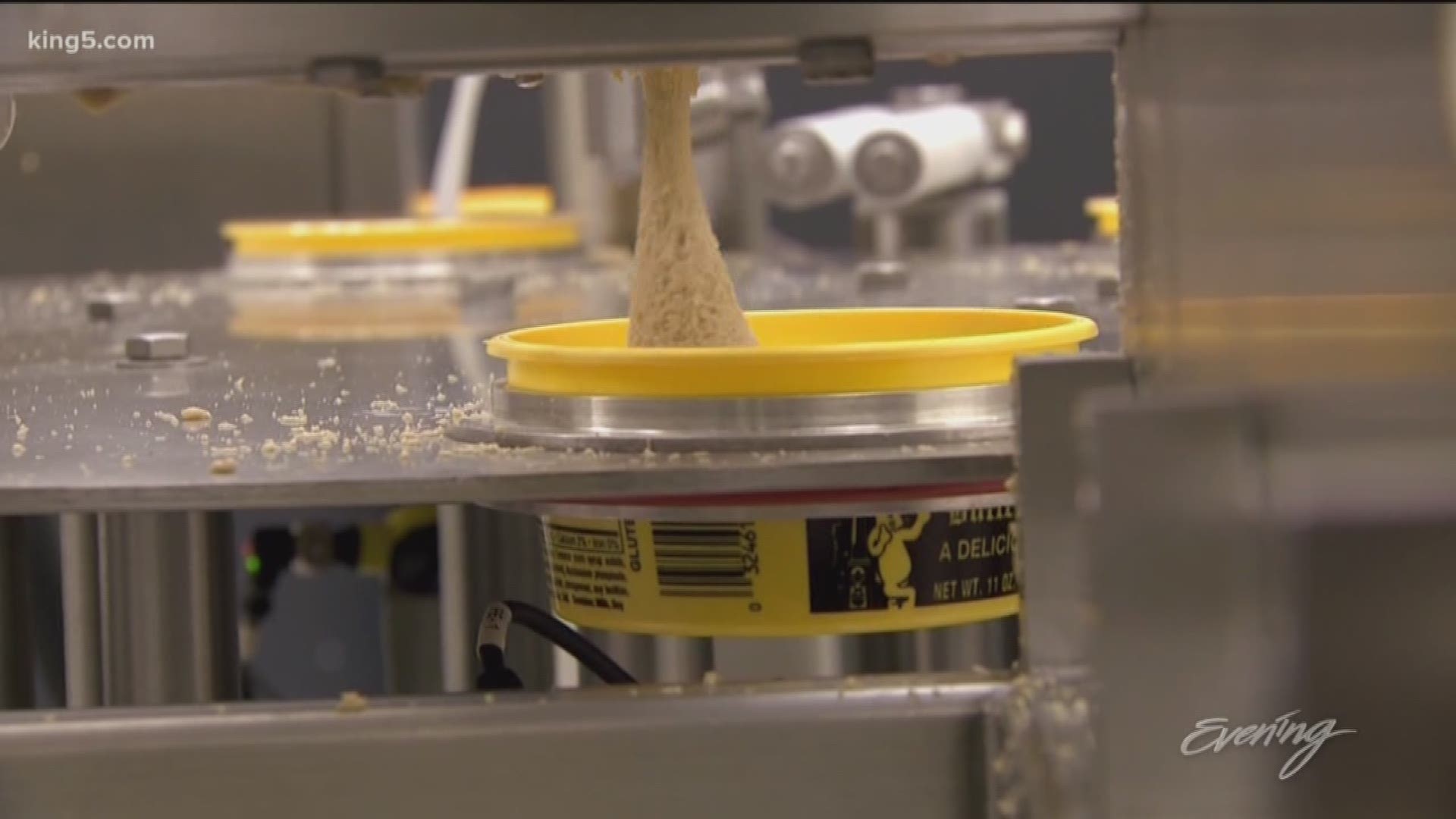 BREMERTON, Wash. — It began in 1952 when then Bremerton bartender Harvey Hudson set out to make a better hot butter rum batter.

"He started actually making the batter at home in his kitchen because he didn't like the batter at the bar he was bartending at," Said Stacy Ryan.

By the '60s, Harvey’s batter is so popular he takes his home-made recipe and begins producing it for the public, and Harvey's Butter Rum Batter was born.

After Harvey passed at age 94 in 2011, his family sold the decades-old business to Bremerton business women Stacy Ryan and her husband Scott, who vowed to keep faithful to what Harvey had created.

And that recipe starts with butter. And lots of it.

"55-pound block of butter that gets cut a little bit less than that. That's the first to go into the mixing bowl. And then we add the sugars. It blends for 20, 22 minutes until it's just the right consistency."

The operation may be little, but last year alone they pumped out 40 tons worth of batter.

Almost as important as how it's made, is where it winds up.

Though it's sold all around the northwest, most people who buy it don't know that it's also made right here in Washington.

"They have no idea. No idea it was made, that it's made right here in Bremerton. It's kind of this little secret."

Ryan is trying to get that secret out. She's expanded the brand to include items like popcorn and syrup.

"There's so many things you can do with the batter."

Harvey may be gone, but Stacy and her family are dedicated to keeping his tasty northwest tradition very much alive.

"It really is about creating those family memories, it's a tradition every year."