Made in his Eatonville garage, Kirk Zenkner's walking sticks have traveled all over the world. 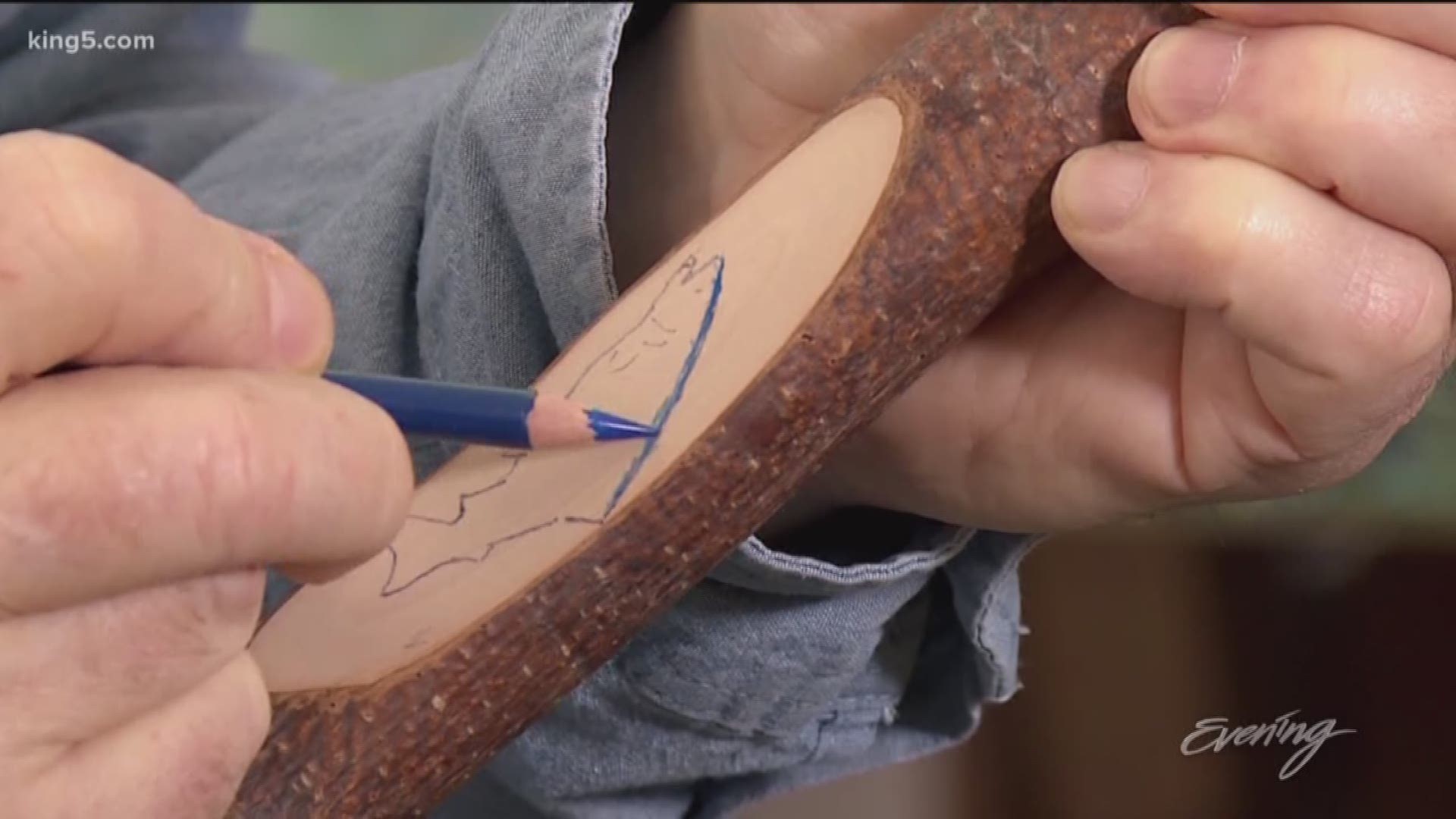 EATONVILLE, Wash. — When Kirk Zenkner wants to take a hike, he's always got a companion to keep him steady on the snow.

“I tell people it's the original enhanced mobility device,” he laughed.

It has also become a classic Northwest accessory thanks to his company, Tacoma Walking Sticks.

Since the early '90s, Zenkner has harvested sticks from old logging sites, and -- like a magician --turned them into works of art treasured all over the world.

Over the years, Zenkner has developed an eye for a good stick. He prefers the Red Alder, scratched up by wildlife if possible.

Zenkner will cut a stick down with a bow saw, bring it home and leave it alone to dry for at least a year and a half. Each stick is cut to size and shaped by hand in a noisy garage filled with sanding machines.

“It is my zen”, he said. “You would think after this many years of making them I would be a little tired of doing it but I love it. I just love making sticks.”

Zenkner’s most treasured sticks are the ones he has hand painted using colored pencils.

“I will do portraits on a stick. I have done a lot of dogs, horses, mountain lions, just about any bird you can name”.

In nearly 30 years, not one customer has ever complained about a stick.

Zenkner’s only complaint: on really cold days, he feels like he needs one of his works of art by his side.

“I was an electrician for years and my knees are shot," said Zenkner. "All the old-timers said you are going to ruin your knees kid and they were right. It's a walking aid for me now.”

You can order walking sticks from Zenkner directly or buy them from The Pacific Northwest Shop in Tacoma’s Proctor District.