It's that time again. From Samoas to S'mores, Girl Scout cookies are back. But this year, people aren't just eating them.  They're wearing them, or at least fabric representations of them. 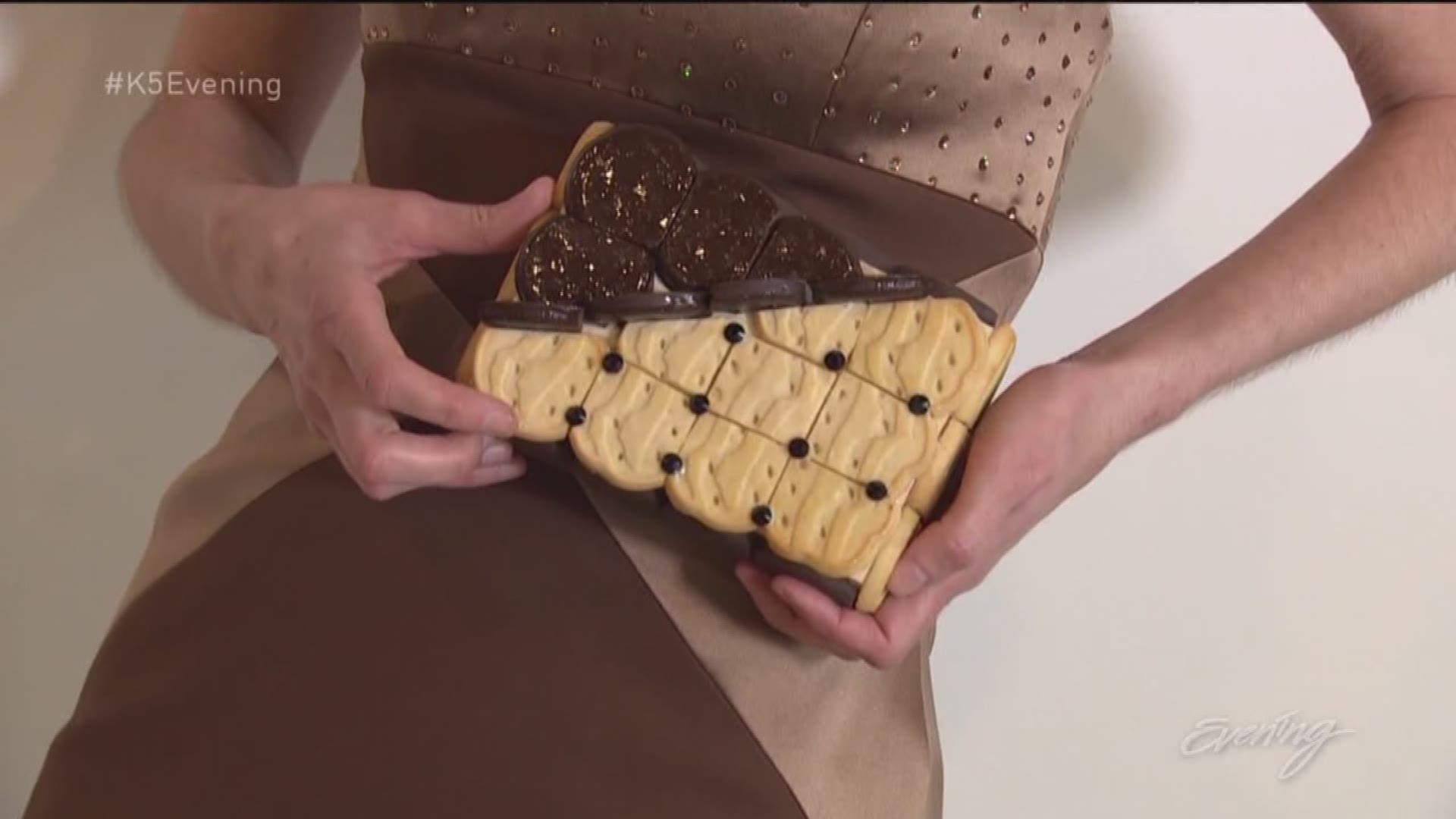 It's that time again. From Samoas to S'mores, Girl Scout cookies are back. But this year, people aren't just eating them. They're wearing them, or at least fabric representations of them.

"I never imagined it would actually be this magical," said Stefanie Ellis, public relations director for Girl Scouts of Western Washington.

"Such a phenomenal milestone," Ellis said, "I feel like it is really worthy of a celebration like this."

The results are delicious. The S'more ensemble by Danial Webster is a tasty treat for the eyes.

"The biggest challenge was creating all the undercoat," Webster explained, "Because there's lots of layers, and trying to build it up so it would look lightweight and flowy, but not be a big mess."

Luly Yang is world-renowned for her upscale bridal apparel.

"I actually once had a line called champagne and chocolate," Yang said, " So I obviously am very inspired by food."

Her homage to peanut butter Tagalongs sets the standard for cookie couture.

"So there's the chocolate, and there's the cookie," she said, pointing out various shades of fabric on the dress.

The purse by Patricia Raskin of Anne Sylvain was created using actual cookies.

From Jamie von Stratton's Thin Mint creation, to Rachel Vala's fairy gown with hand-embroidered cookie shapes, these flavorful fashions are celebrating a century of sweetness and proving that a good cookie never goes out of style.