Berries harvested in the morning show up in shakes by lunchtime. 🍓 #k5evening 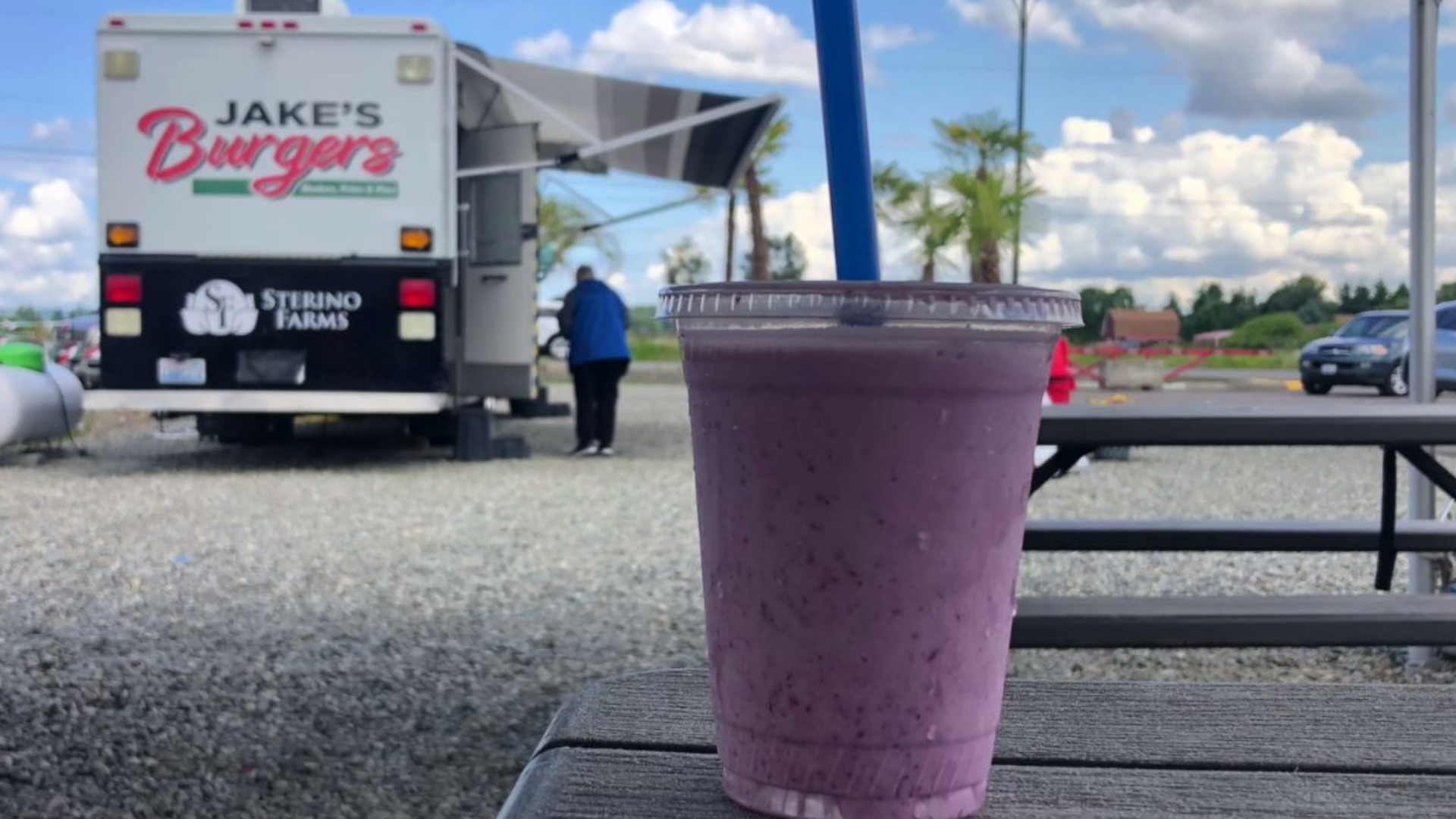 PUYALLUP, Wash. — Berry season is just days away which is big news for milkshake fans. That's because at the brand new Jake's Burgers food truck, they use the freshest berries they can find to make their shakes.

“We’ll be picking the berries around 5:30 in the morning and serving them up in shakes for lunch,” says Jake Sterino, the food truck’s namesake.

Growing up on a farm his family's owned for nearly a hundred years, Sterino says he’s often taken eating fresh food for granted. The truck is parked outside the produce market, packed with fruits and vegetables grown in the Puyallup Valley.

Sterino can walk in anytime and grab a handful of cherries, but he knows that’s not true for everyone. When he finally opened the food truck at the end of May, he wanted to offer the freshest food possible.

A six-dollar Jake’s Deluxe is a good example:

“The patty comes from Tri-City Meats in Olympia and has never been frozen. The tomatoes come from our greenhouse. We use the sweetest onions available, whether it's the Walla Walla or the Vidalia,” he says.

As for the thick leaf of lettuce? Sterino drives us to a patch about a half-mile from the food truck, takes two steps into the field and cuts a fresh head of iceberg lettuce.

“This’ll be on our hamburger this afternoon,” he says.

One look at the burger and you know it’s going to hit the spot. And those milkshakes are just a bit addictive. Sterino can order up a shake anytime he wants but it’s a privilege he’ll try not to abuse.

“I would love to about three of them but one a day is where my limit is,” he says. “That’s it.”