The gelato shop/bakery opened in 1996. #k5evening 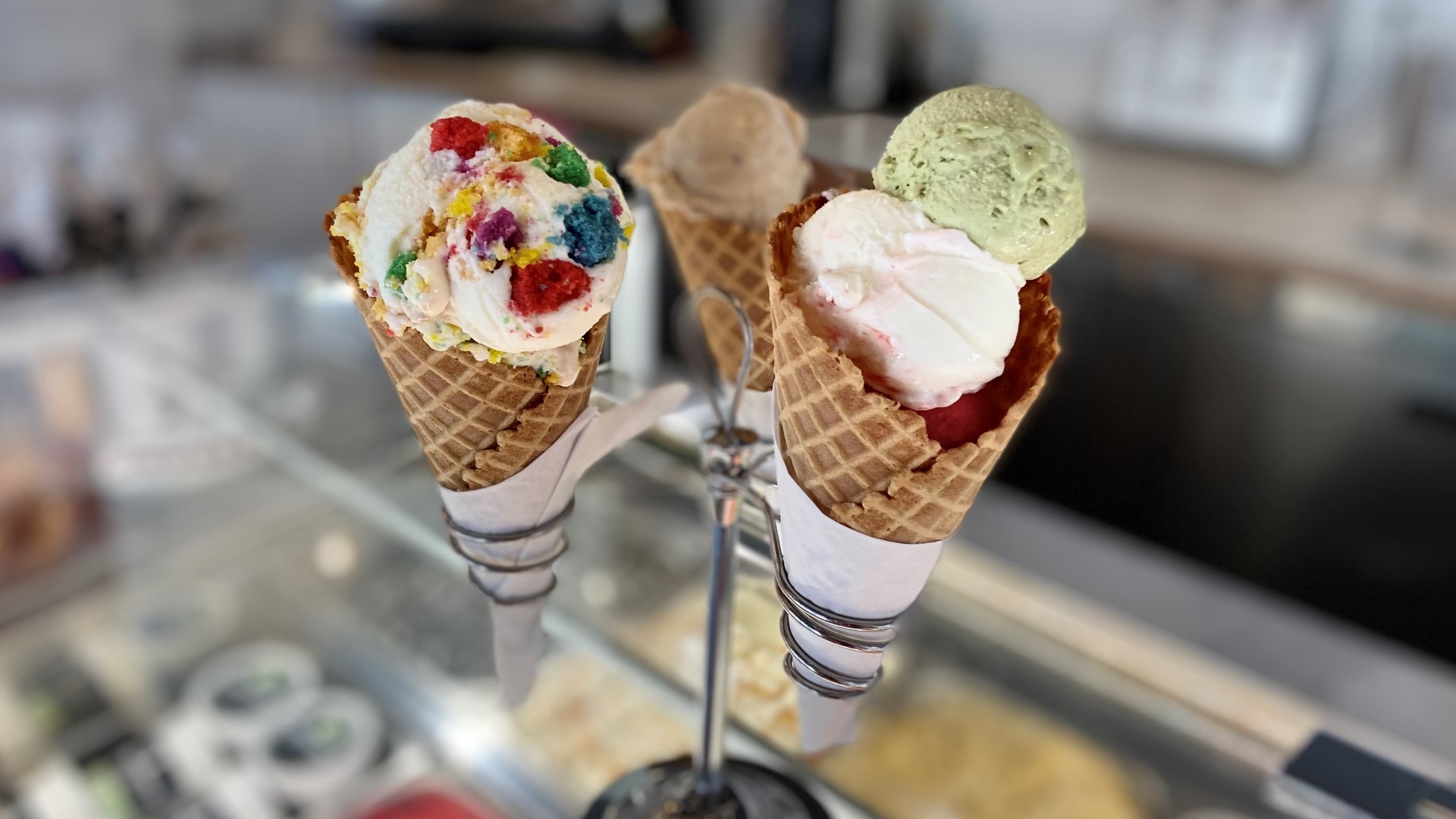 SEATTLE — Long before ice cream was invented, there was gelato.

"I always say, ‘Gelato - you can eat it twice as much and feel half as guilty,’” she said.

"Gelato is all about the senses, really,” she said.

That philosophy is partly why her small business Gelatiamo celebrates its quarter-century mark this year.

"It is a long, long time and yet it seems like yesterday, honestly,” Coassin said. "I never thought that I would find myself on the other side of the world when I was 25."

Born and raised in Italy, Coassin immigrated to the United States three decades ago and opened Gelatiamo in 1996. As the name implies, the shop is known for its delicious variety of authentic Italian gelato.

"We’re one of the few (shops) in the country that actually makes gelato completely from scratch," she said. "We create distinctive recipes for each individual flavor."

Each batch is made with fresh ingredients, organic milk and zero additives. Customers can enjoy scoops in cups or cones, and she encourages them to try two flavors in one small size order.

"My favorite one would be lemon and chocolate,” she said. “Who would ever think? But it's also such a popular Italian combination."

Coassin knows the power of scratch recipes. Her family has owned bakeries in Italy for 200 years, and many of their recipes are featured in Gelatiamo’s other offerings: cakes, pastries and cookies.

Coassin also considers her staff family - some of them have worked with her for more than a decade.

But while their creations are authentically Italian, the shop's name is not.

Gelatiamo is a made-up word, with a tempting translation.

"Gelatiamo ends up being, 'Let’s have gelato together,'” Coassin said. “It's a verb, it's an action.”

She credits loyal customers with helping the small business stay afloat during the pandemic, and for the past quarter-century.

“I can only be in business because I have people that love Gelatiamo,” Coassin said. “We did what we did, but thanks to Seattle we are still in business 25 years later."

Gelatiamo is located on the corner of Union and 3rd Avenue and is open Thursday-Sunday from noon to 6 p.m.