When COVID-19 cancelled Beatrice and Steve's big wedding plans, they said no fig deal - let's do something a little different! 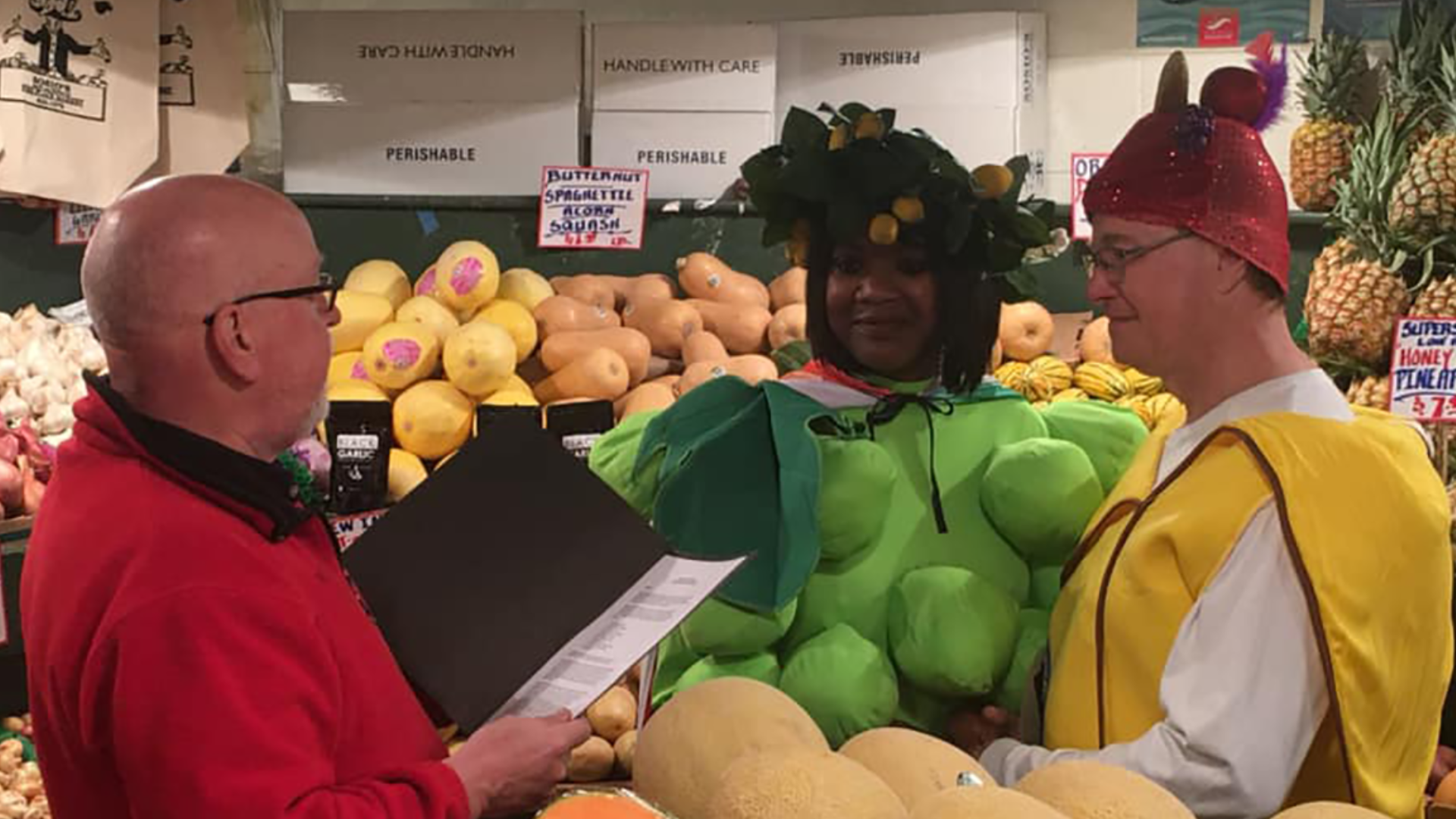 SEATTLE — This is a very sweet love story.

"He was the first guy I went out with, and three days after Saturday, I knew he was going to be the one," Beatrice says.

One engagement later, and they were ready for their 2020 wedding. Of course, they didn't expect a pandemic. The brunch plans, the honeymoon, the wedding ceremony - all cancelled.

"But we were bound and determined - we're not going to let this virus totally ruin our plans," Steve says.

"If we have obstacles, we refer to them as lemons," Beatrice says. "We have a basket of lemons, what are we going to do to make the best lemonade for these lemons?"

Both Steve and Beatrice have been married before, so they didn't want to do a traditional wedding. And Beatrice wasn't interested in having a Zoom wedding - they wanted to have a small, in-person CDC-compliant wedding.

"So in my mind I'm thinking, 'what we can do?'," Beatrice says. "Let's be fruits and vegetables!"

Why the fruit costumes, you ask?

"It's part of our personality," Beatrice says.

"We take our marriage seriously, but through this craziness, I just didn't want to be zoomed in my wedding gown," Beatrice says.

The couple was married in Sosio's Produce before the Market opened that morning. Their officiant was Tom of Sosio's Produce, who is not only a longtime friend of Beatrice, but an ordained minister as well!

"When I told people initially, some people said they saw us as a little classier than getting married in costumes," Beatrice says. "But then when it all came together, it made sense. It was just so beautiful."

Beatrice and Steve say they plan to postpone their honeymoon until its safe to travel again - and they do plan to get professional wedding photos taken, in more traditional outfits.

Their wedding was certainly unique - but for the happy couple?