Foraging in a Hood Canal Forest yields delicious results for one local chef. 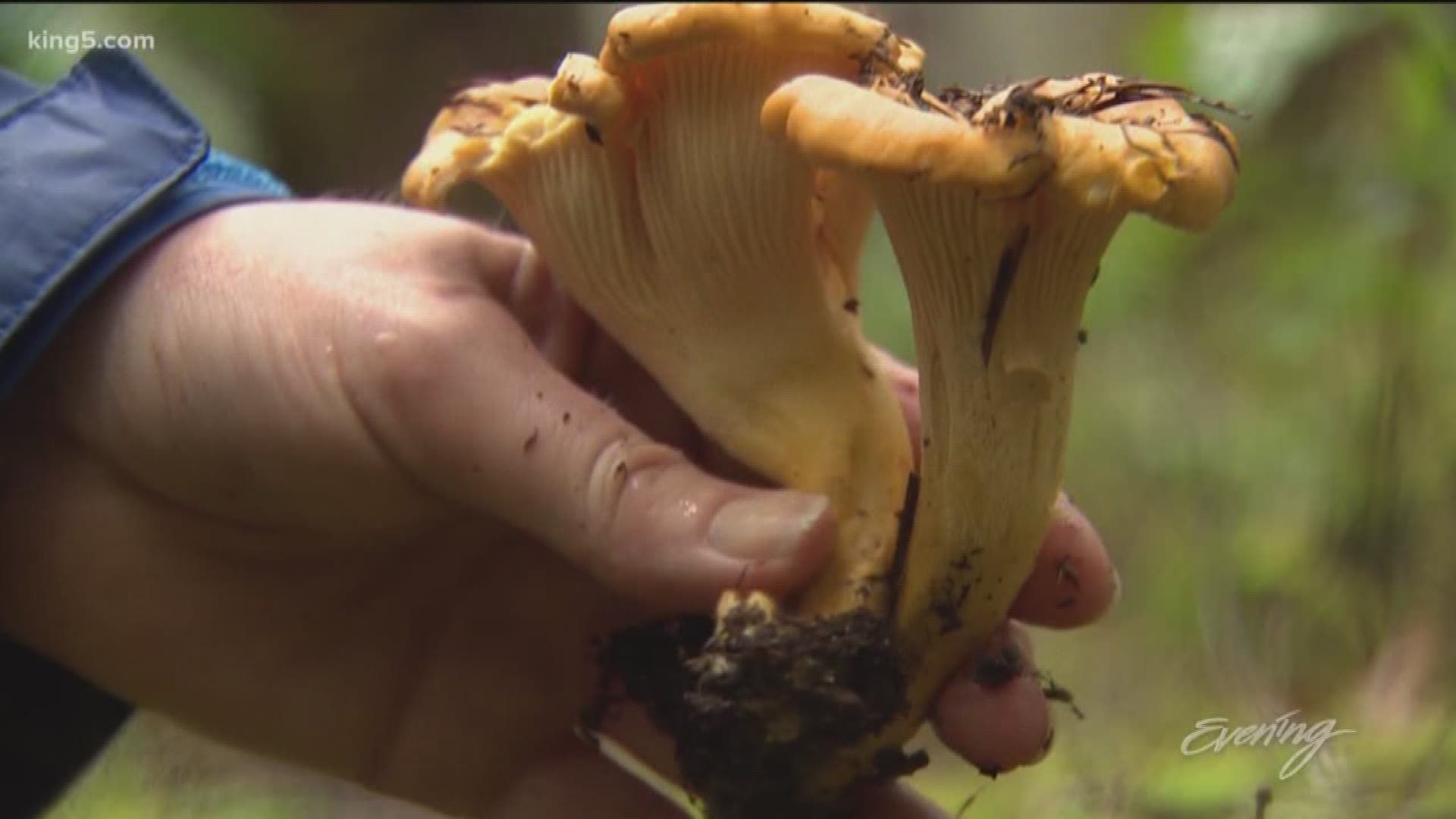 UNION, Wash — On a rainy October day, Joshua Delgado, the executive chef of Alderbrook Resort & Spa walked the forests near his restaurant on the shores of the Hood Canal in search of wild mushrooms.

“It's just a forest road and it had some promising things about it, like all the moss,” he explained as he hunted through the wet woods, looking for hidden treasures. His trick to foraging?

"You have to be in a mushroom state of mind,” he laughed.

"We are at the most five minutes away from the kitchen, it feels like we're a million miles away but we're not at all."

As he spotted and harvested the bright, October orange chanterelle mushrooms, which pop up in Douglas fir forests when fall weather turns wet, he described their flavor:

“They're extremely meaty, there's an earthiness to them,” he said.

He sees the Hood Canal as a ‘natural larder’ and says he could write dozens of menu items from wild food found in this area. Like the rose hips and watercress he harvests from the grounds of the resort:

"So we have this nice vinaigrette that has some sweetness to it, then floral elements from the rose hips and then we take watercress, which is very peppery and very spicy, and clean that up. We toss it all together so we have the sweet and spicy little mix that you can pretty much put on anything you want or just eat alone – it’s pretty much unbelievable."

“I think that getting out and foraging also removes you from hustle in the bustle of the kitchen and it gives you a little more balance,” he said.

“One of my sous chefs came out about a week ago, to this area, and probably found about 20 pounds of white chanterelles -- it's almost like he took a lunch break and came and picked a flat of chanterelles. And he came back to the kitchen with a huge smile on his face."

The search for sustenance in the mossy forests of the Pacific Northwest combines pleasure and purpose in one delicious outing:

"It's a lot of fun, it’s like finding a little treasure."

Chef Delgado cooked his catch at The Union City Market Canal Cookout, an informal feast that happens once a month, rain or shine, indoors or outdoors, and only costs $45 a head. Here’s how he prefers to prepare wild mushrooms like chanterelles: 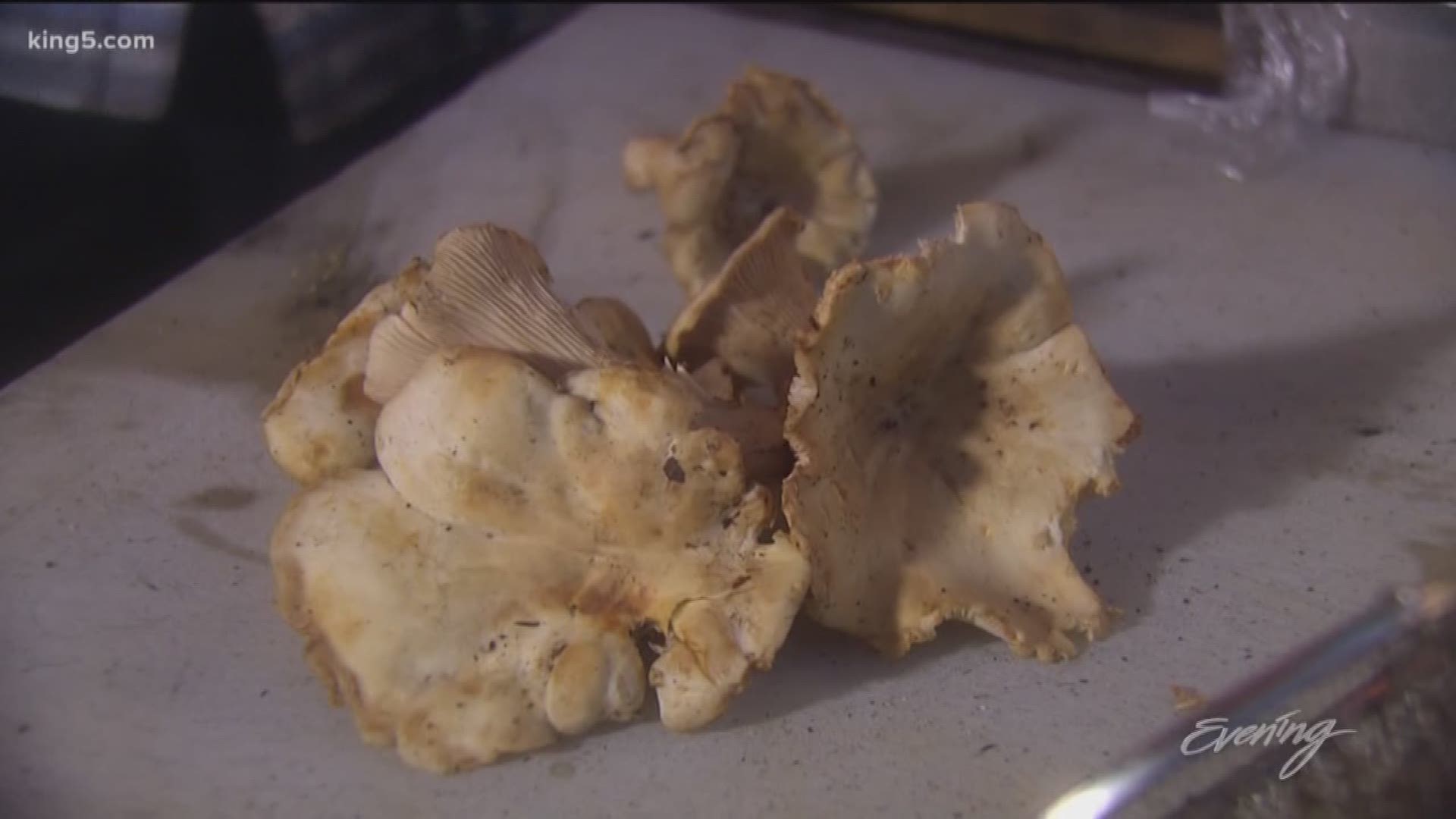