For author Maria Semple, moving to Seattle was less than simple

The author of the wildly popular "Where'd You Go, Bernadette" admits the book came from pages of anti-Seattle rants. 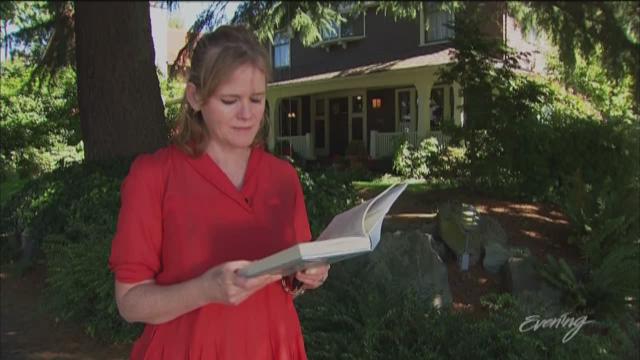 "I really love it here and I couldn't imagine living anywhere else," said Maria Semple, author of "Where'd You Go, Bernadette."

Kind of like moss, Seattle has grown on Maria. But it was hardly love at first sight.

After 15 years of writing for shows like "Arrested Development" and "Mad About You," Maria, her boyfriend, and her daughter moved here in 2008.

"I felt like I had no career and I had no friends and I didn't really fit in and so the easiest and most convenient scapegoat seemed to be Seattle," she said.

The result is what makes "Where'd You Go, Bernadette" such a fun read.

"Samuel Becket once said, 'There's nothing funnier than unhappiness,' and that was my credo as I wrote this book," she said.

"First off," she continued reading from the book, "Whoever laid out this city never met a four-way intersection they didn't turn into a five-way intersection. The drivers here are horrible. And by horrible I mean they don't realize I have some place to be. They're the slowest drivers you ever saw."

"It's like a hypnotist put everyone from Seattle in a collective trance," the book reads. "You are getting sleepy, when you wake up you will want to live only in a craftsman house. The year won't matter to you, all that matters is that the walls will be thick, the windows tiny, the rooms dark, the ceilings low, and it will be poorly situated on the lot."

A lot of people might say Maria's words are so funny and true, but one has to wonder if anyone questions Maria's purpose in saying things like that about Seattle.

"You would think that..." Maria said. "But everyone here is way too nice."

Maria has made lots of friends in Seattle, including actor Tom Skerritt, who appears in a promotional video Maria made for the book.

With great word of mouth, including an enthusiastic blurb from Pulitzer Prise finalist Jonathan Franzen, Maria's publishers figured "Bernadette" might sell. Nobody knew the book would sell out.

In fact, when Evening's Saint Bryan dropped in at Queen Anne Books, not a copy could be found.

"Bernadette" is still one of the hottest selling books in Seattle, and now it's going to be a movie. The book has been picked up by the producers of "Zero Dark Thirty" and "The Hunger Games."

Old Maria might have raced back to Hollywood, but the Seattle version isn't fazed a bit.

"Seattle is very cool," Maria said. And while she thinks it's very hard to impress the city, it seems she already has.