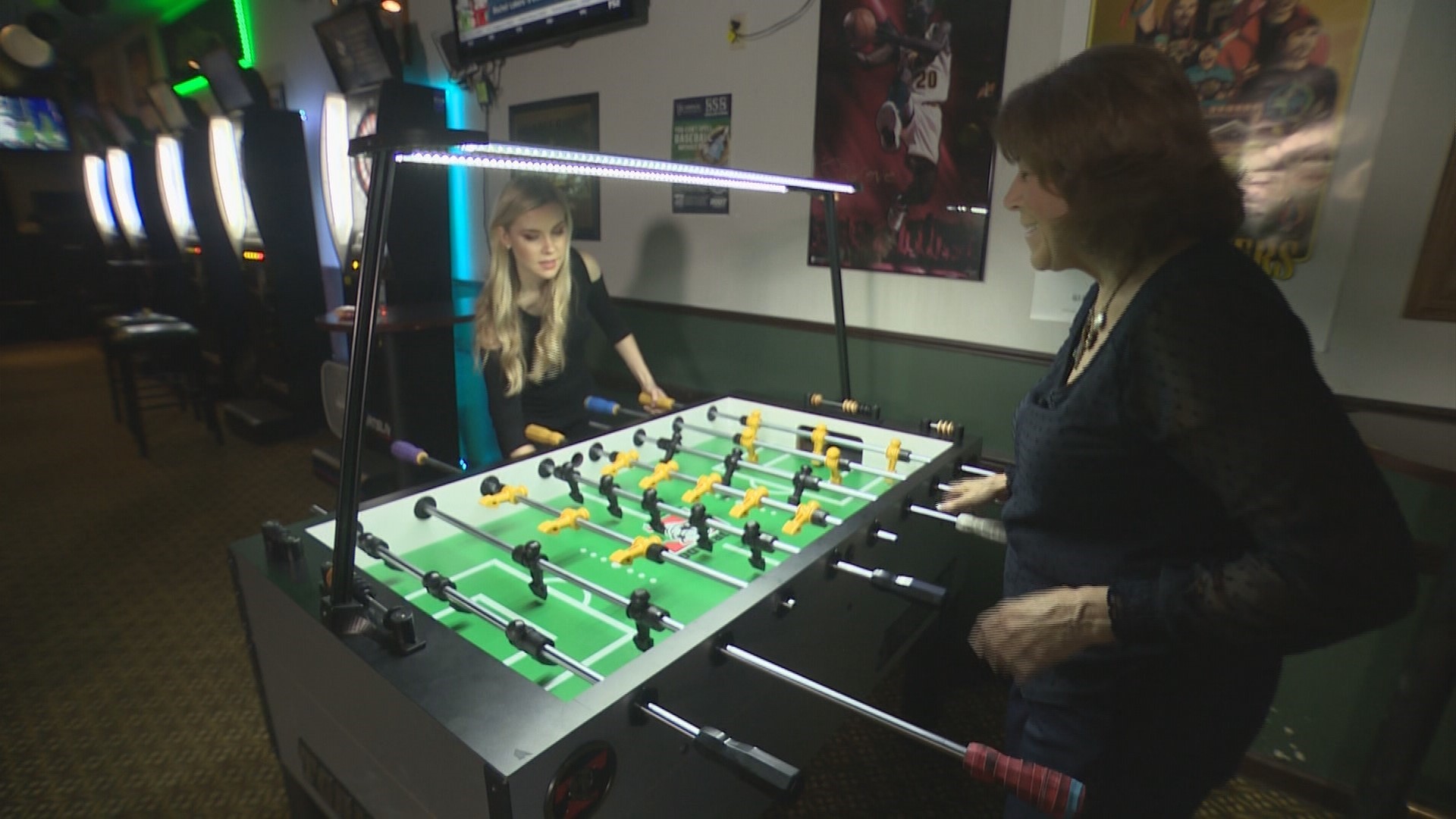 KIRKLAND, Wash — Spokane native Kelsey Cook is a world champion foosball player. Her mom Kathy Brainard is a member of the U-S Table Soccer Hall Of Fame. They have competed head to head too many times to count.

Both appear in the documentary “Foosballers”, which looks at what was once the 8th most popular sport in the U.S..

“It just caught on fire,” says Brainard who began playing in the 70's at the height of the foosball phenomenon, when Porsches and Corvettes were offered up as prizes on a million-dollar tour.

“It was kind of a crazy lifestyle but it was also a fun lifestyle,” she says.

Among them is Cindy Head, the winning-est player in foosball history and the most demonstrative.

“Every individual who comes to the game has their own style,” says Brainard.

Todd Loffredo, billed as the Michael Jordan of foosball, uses geometry to learn the best angles, but the best player in the world is the ambidextrous Tony Sprederman.

“It's breathtaking,” his mom Margaret says in the documentary. “I'm proud of just the way people swarm around him like he's a god and everything he touched turned to gold.”

Spredeman is one of the few who can make a living as a foosball player.

Kelsey pays the bills by touring as a headlining comedian. She also hosts Wrists of Fire, a YouTube series that pits her foosball skills against other comedians.

“I've had to play blindfolded or handcuffed or with one arm,” she says. “Then, if they still lose we make them do just horrific punishments like I've made them eat dog food. Yeah, it's a lot of fun. It's a really good time for me.”

With all of this new attention, maybe foosball has a good shot of making a comeback.