Food on fire: where to find Seattle’s best flambé

We'll order anything that comes to the table aflame 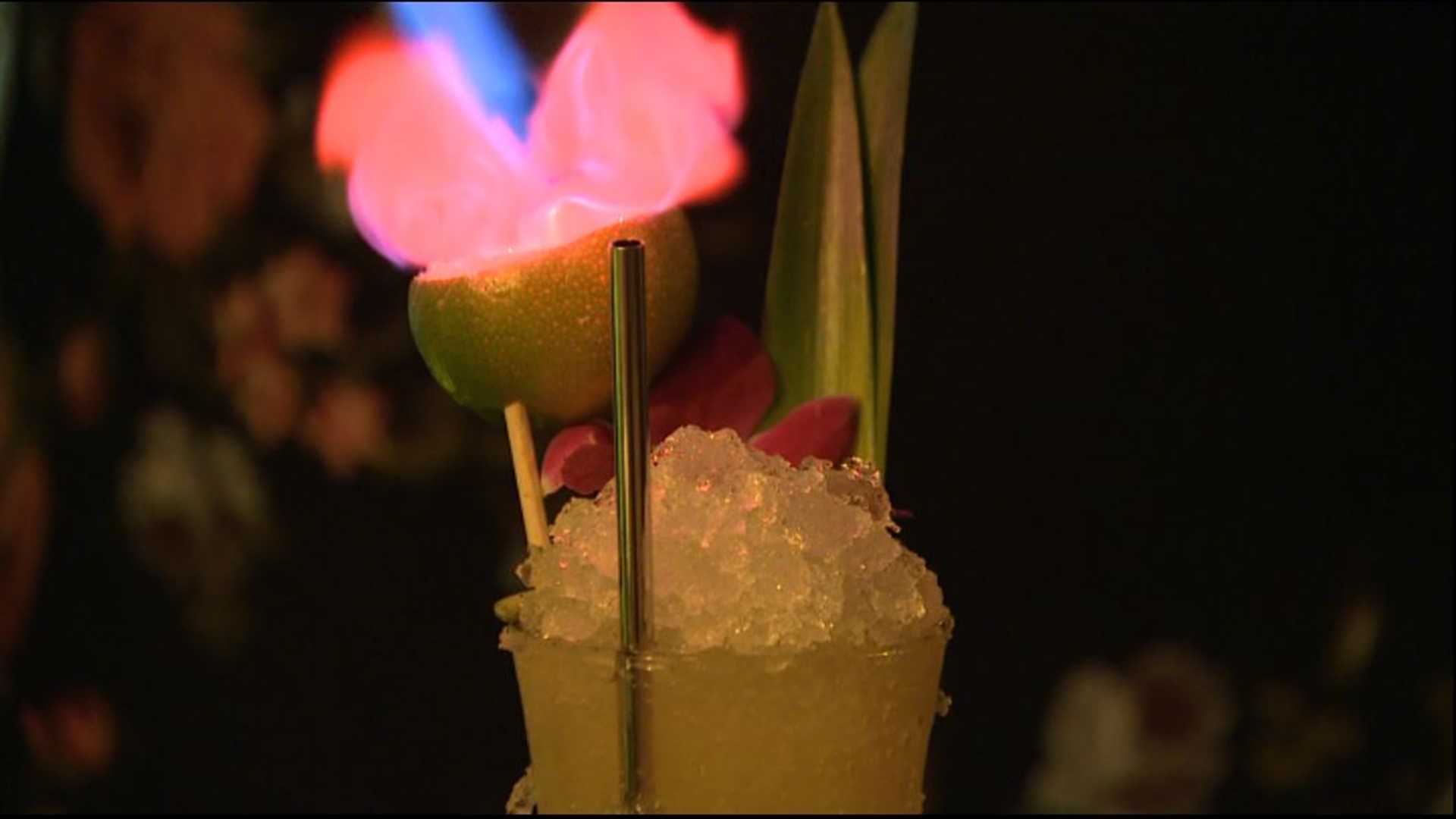 And always the best thing on the menu.

Nothing can extinguish our passion for these places where you can get food - and drinks - on fire.

Rumba on Pike street in Seattle is usually a rum bar,

But every Wednesday is tiki night and the place gets lit.

"I think it's the edge of danger, you know? You're taught fire's dangerous from when you're little - and then having a controlled one on a drink is sort of a thrill."

Creative cocktails like the ‘Pink Floyd Laser Spectacular' contain fire, dry ice and a flashing led light, they start at around 12 dollars, and are worth every penny.

"Delivering a drink that has big flashy garnishes and flowers and fire kind of turns adults into kids again," said Manzey.

Moctezuma's Mexican Restaurant has fiery food that has nothing to do with the spices they use:

'Tequila Flaming Fajitas' are one of their most popular items - and their 'Queso Flameado' is a bit of tableside theater with chorizo, tomatillo sauce, and Mexican cheese.

Costas, a family owned Greek restaurant on the Ave has been lighting our fires with this appetizer since 1975: Saganaki is Greek table cheese that’s flambéed with brandy, then scooped and eaten with a slice of warm pita. It takes two to bring it to the table, one to carry the plate, and another to torch it. And it always arrives with a cheer of ‘Opa!’

Finally - dessert.  El Gaucho in Belltown has flaming deserts dialed in. They turn tableside into fireside as they make their Bananas Foster, using a big, lingering flame for caramelizing sugar and then pouring it over bananas and ice cream.

Order this, and you're broadcasting to everyone in the restaurant that life is too short to skip dessert.  In fact, if you order anything with a side of flame, you're letting the world know that you're not afraid to play with fire.