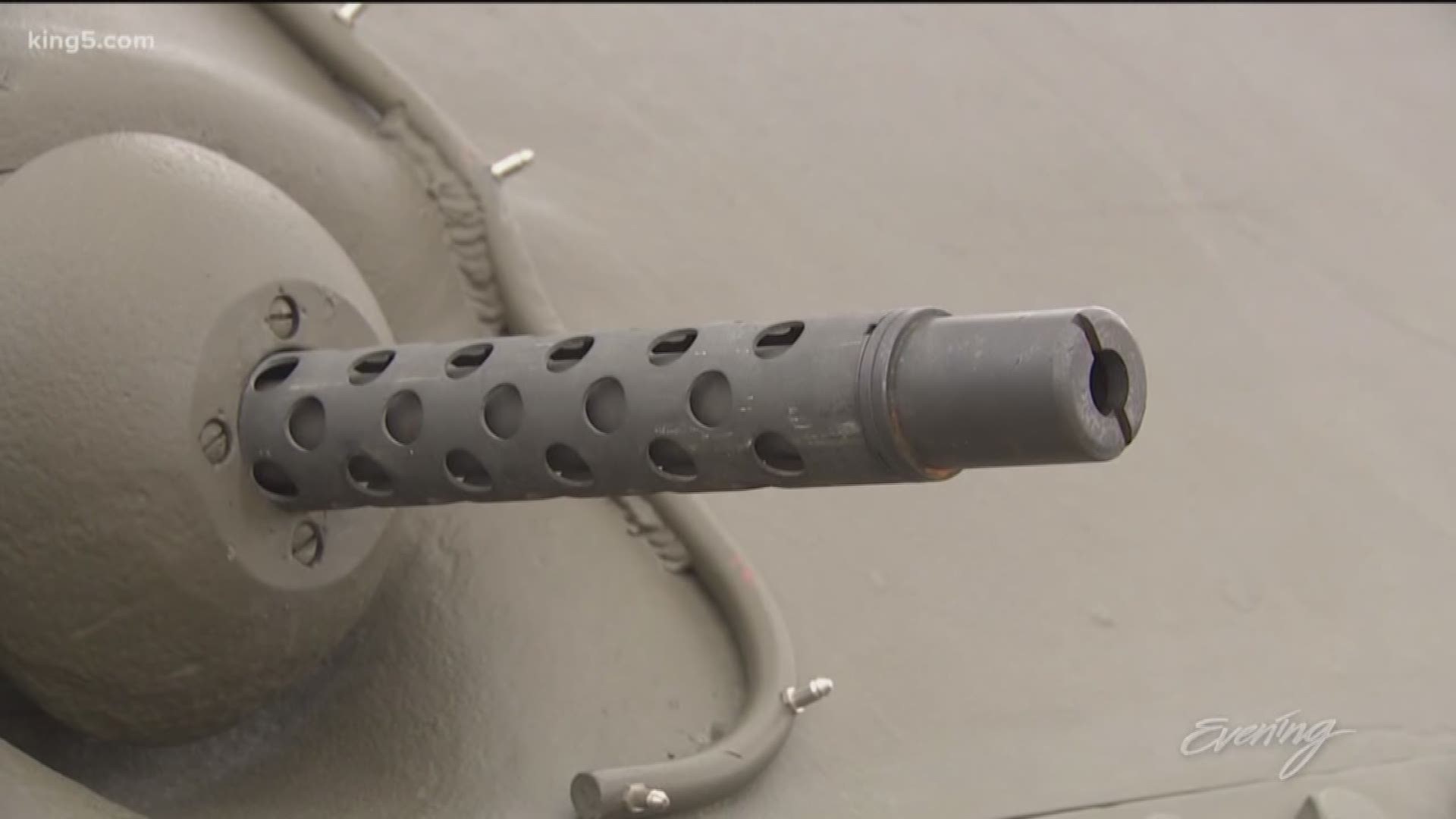 Oktoberfest season has officially kicked off, and the festivities have been in full swing all around the greater Seattle area. This weekend marked the beginning of what is sure to become an annual fall tradition--Flying Heritage & Combat Armor Museum's "Tanktoberfest." The event combined standard Oktoberfest traditions--food and snacks--with a live tank display.

"We have drinking tickets so you can either come in and taste beer, or you can attend as a designated driver," Michelle Donoghue of Flying Heritage explained. "When one of the tanks fires, there's nothing like it. Your entire body shakes and you need to be prepared for it."

Eleven local breweries and 34 beer samples were on site--as were the Hetzer, T-34, and Sherman tanks, to name a few.

"The tanks are so popular because it's something you don't get to see every day," said Donoghue. "You get to see it driving around and firing, you get to smell the oil, you get to feel the vibration and so it's just a whole other experience than just seeing static history."

Tanktoberfest drew beer and tank enthusiasts from all around.

"I drove up from Salt Lake City to get here just for this event," Tanktoberfest attendee Bob Johnson said. "I thought beer, tanks, what could go wrong?"

"You can go to any Oktoberfest in the area, but we're the only one where you'll get a show along with your beer," Donoghue said with a laugh.

Although you'll have to wait until next year to attend Tanktoberfest, there are equally exciting events happening at the museum to look forward to. Tanks Giving, for instance, is just around the corner.