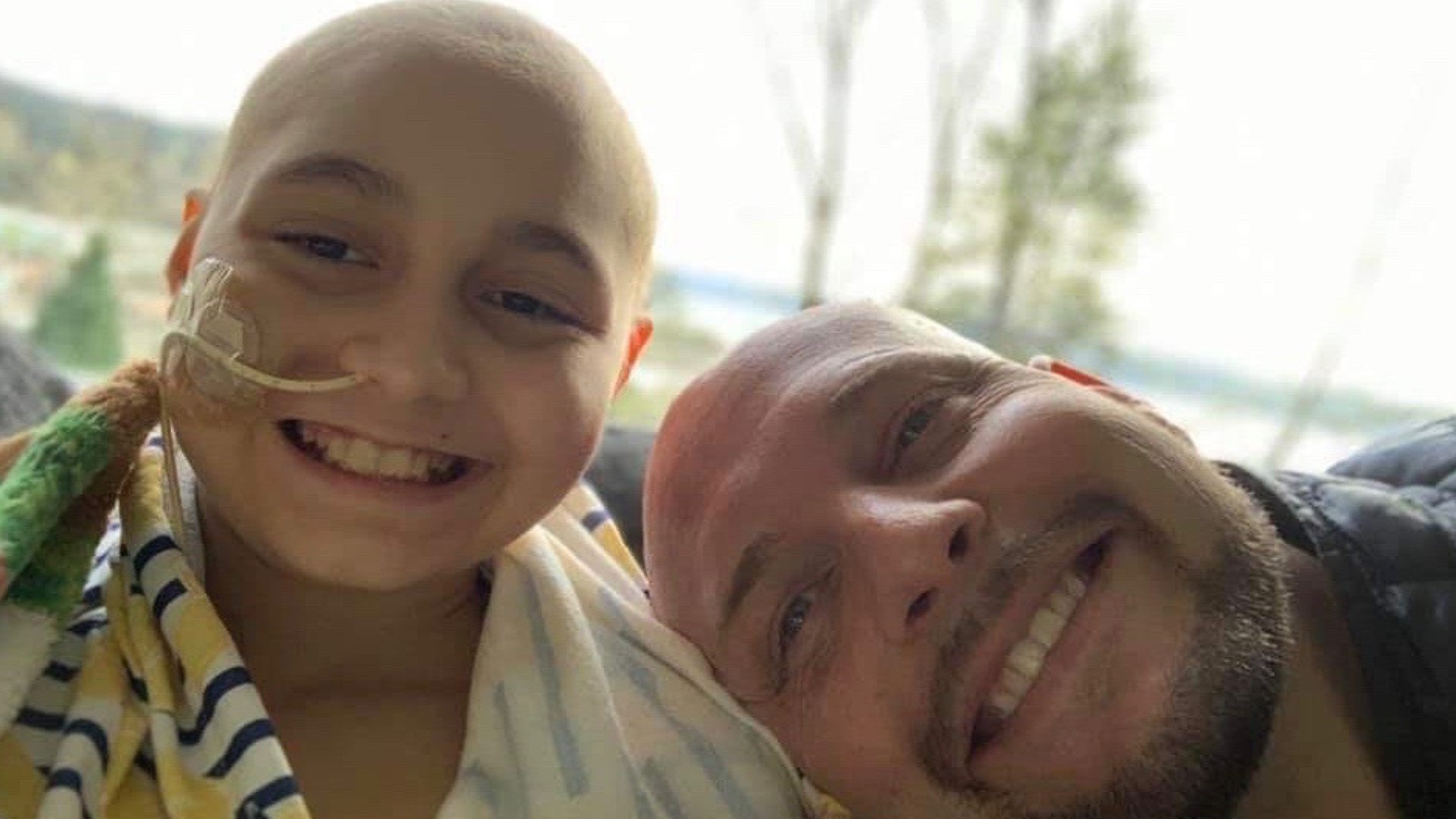 SEATTLE — When Ryan Dwyer and his stepdaughter Violet Martinez were diagnosed with cancer in the same year, they went through treatment at the same time.

Violet's in remission – but Ryan's leukemia came back this May amid the COVID 19 pandemic. But he’s not paying much attention to that hardship. Instead, he's found a unique form of therapy:

"What he did was amazing,” said Terry McDonnell, Chief Nursing Executive at Seattle Cancer Care Alliance. “He saw a need, he wanted to support the people who cared for him. But to continue that support? Despite dealing with ongoing illness? That's just incredible."

He's delivering free meals to Northwest hospitals, with the help of Violet and other family and friend volunteers.

"You think about it, and this sounds really weird, but shouldn't somebody do it? Seems like somebody should do it,” said Dwyer. He says he witnessed first-hand hospital workers skipping meals during long shifts, and settling for vending machine fare, and he decided he could deliver something better. He’s nourishing the nurturers, to say thank you.

He uses donations to buy meals from popular restaurants like John Howie's Seastar - then delivers them to hungry hospital workers.

"It's a win because I get to bring some people back to work, and I get to provide people with some unique meals that they're not getting anywhere else,” said Chef John Howie, who just helped Fine Dine Front Lines hit the ten-thousand meal mark.

Delivering all this food is a lot of work for someone going through chemo - but it also helps.

"When I'm physically able to go there, it motivates me and makes me feel like I'm not as sick as maybe I might be,” said Dwyer.

And it's a delicious way to show appreciation: "By bringing these meals in, its about as intimate a way you can say thank you to a person without giving them a hug."

We caught up with Dwyer dropping meals cooked by John Howie at Seattle Cancer Care Alliance recently. This week he will be back, preparing to receive a bone marrow transplant.

And he's got a lot of food-loving fans who will see him through.

"He's just a battler, I love that in people,” said Howie,  “You know, we've been doing so many things to keep our business alive so I get it, I really understand where he's coming from so I really wanted to partner with him to do this."

"He's selfless, he's amazing, there's nothing any of us wouldn't do for him,” said Terry McDonnell of SCCA. “His nurses adore him. We just want to see him get through this and get healthy."

And Dwyer, of course, has a plan for when he’s done with the transplant: “I'm gonna fight really hard so that I can stay alive and have a wonderful life with my family, and we'll see, maybe we turn Fine Dine Front Lines into something really cool.”