Interviews with the cast of new rom-com 'Last Christmas' 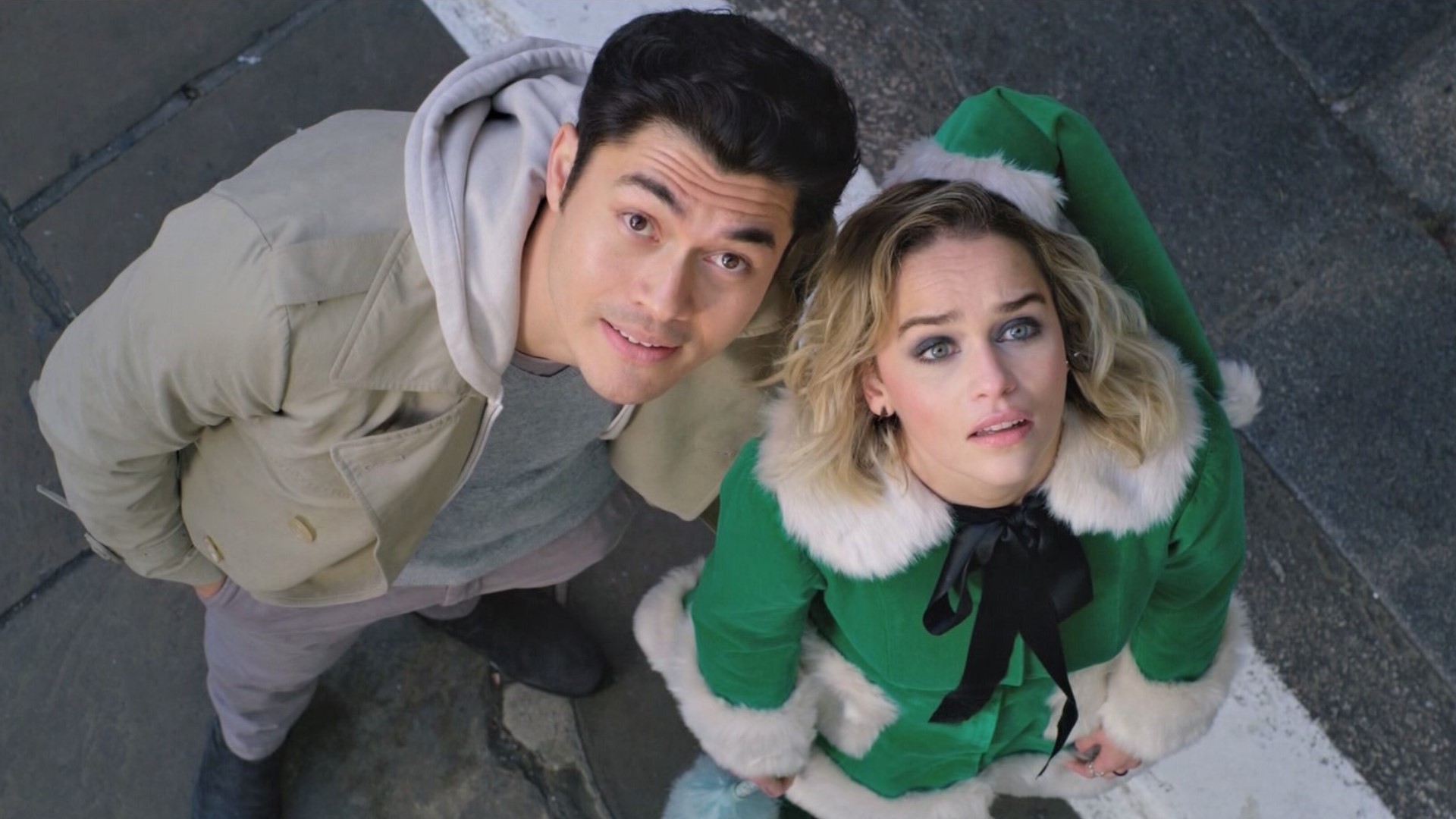 Written by Emma Thompson and directed by Paul Feig, the film is heavy on sentiment and message.

Entertainment reporter Kim Holcomb talked to the cast about shooting on location in London, the sparkly sets, and the memorable soundtrack.

HOLCOMB: "How many takes did you do for the bird poop scene?”

CLARKE: “So many takes!”

CLARKE: “Literally too many, it genuinely got to the point where I was like, ‘You guys hate me!’ It went everywhere. I'm like, ‘Oh that tastes good, thanks for missing my face completely.’"

The story follows their relationship through some of London's most iconic spots like Regent Street and St. Mary's Church - locations that are so crowded during the day, the cast and crew had to shoot overnight.

CLARKE: "So we started at midnight and we finished at midday, so you're perpetually watching the sun come up. Our first five weeks of filming was like that, so day one - which is already scary enough - and you're there in freezing cold Covent Garden at one in the morning being like, ‘What are we doing?’”

YEOH: "It was beautiful! I mean, it was a little over-the-top but it was really beautiful and as you go around, there were so many things I really wanted to take home.”

HOLCOMB: “Did you take anything?”

HOLCOMB: "Of all of your film credits over all of these years, did you ever imagine that on that IMDb list, you would be playing ‘Santa?’”

The movie is a broad comedy, but the music may draw a specific audience: George Michael fans.

Travel and accommodations by Universal Pictures.