The tiny Tacoma restaurant that pays it forward

When tragedy struck Chef Shawn Tibbitts, he figured his dream of an award winning restaurant was gone. And then a classmate from 5th grade got in touch. 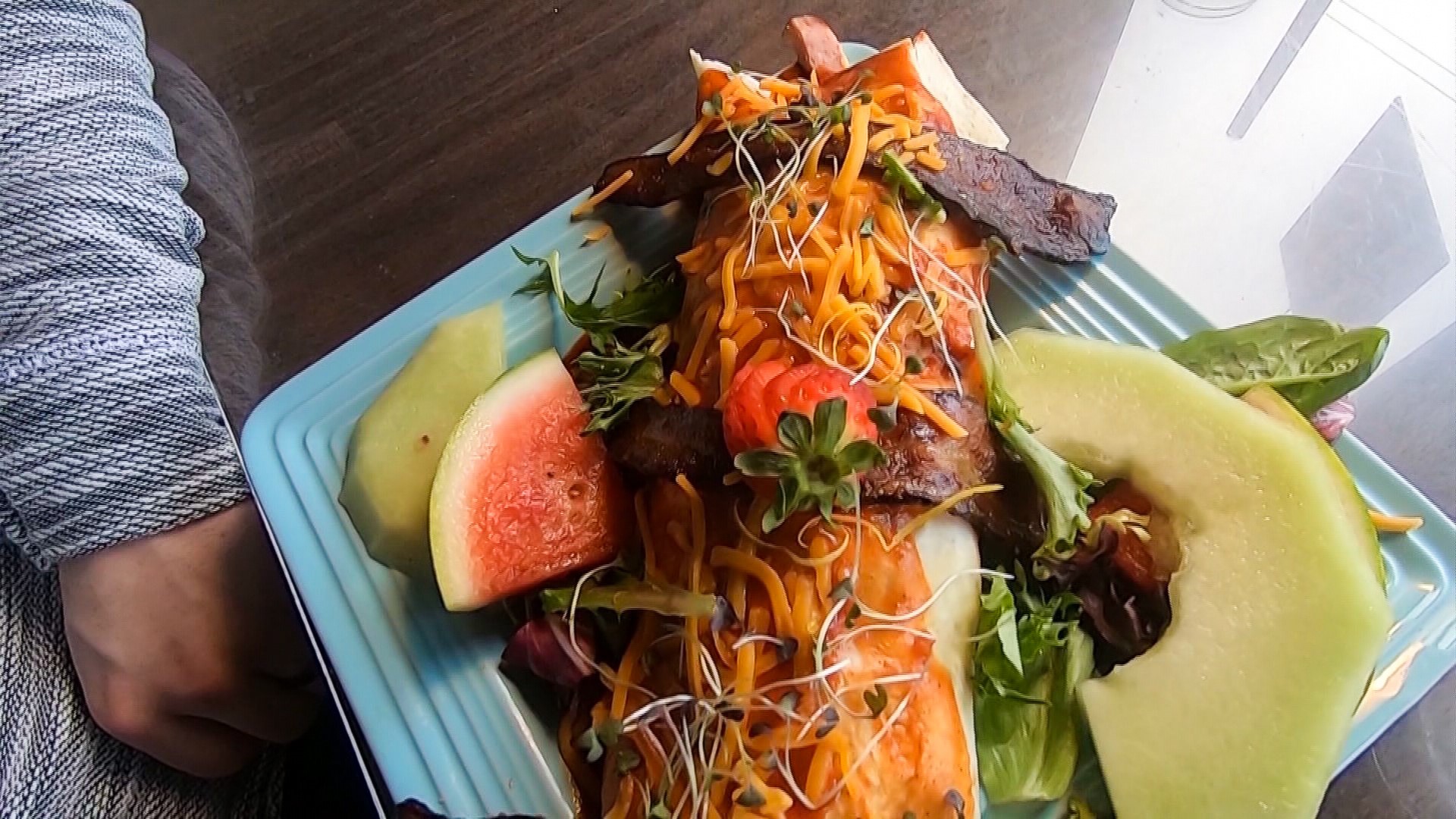 Before opening his restaurant in Tacoma's Fern Hill neighborhood, Shawn had more than 40 jobs - from washing dishes to flipping omelets - and he says he learned something new at each one.

"Now they call me a chef, but I'm just still me," he laughed.

A chef, with just two campfire burners and a stove, who's receiving the kind of critical acclaim restaurants with much bigger kitchens would kill for - including more than 400 5-star reviews on Yelp!

"Success didn't come from me. I'm not successful. It's the folks that come in here."

Folks that are filling seats at his 9 table restaurant making reservations hard to come by.

And it almost never happened. Weeks before opening, Shawn's mother died in a car accident.

"I took all the money that I had. I gave her the best service a son can give his best friend, his mother, and I was broke."

Among those sending condolences was a boy Shawn knew in 5th grade. Now a Hawaiian real estate developer, he offered to bankroll Shawn's dream.

"I broke down and cried cuz you know I'm very emotional. I finally gave him a number and he cut me a check the next day. He said 'Shawn don't pay me back unless you really want to."

But Shawn has always felt the need to give back. He fed 700 people on Thanksgiving and 500 more on Christmas day. And when he threw a party to wrap 400 presents for low-income kids, dozens of customers showed up.

"I'm just a small little tiny restaurant. I have no idea what I'm doing to affect other people but apparently, it's contagious."

"I feel I've done the impossible with nothing and people come up to me and say 'imagine with a full kitchen' and I just smile and be like I don't need one. I've done this. And for that, I feel very very blessed."

Tibbitts Fern Hill is open Wednesday through Friday 9 AM to 2 PM and Saturday and Sunday 8 AM to 2 PM. Reservations and a big appetite are both required.