Exclusive look inside the remodeled 'Sleepless in Seattle' houseboat

The world's most famous floating home gets a makeover. 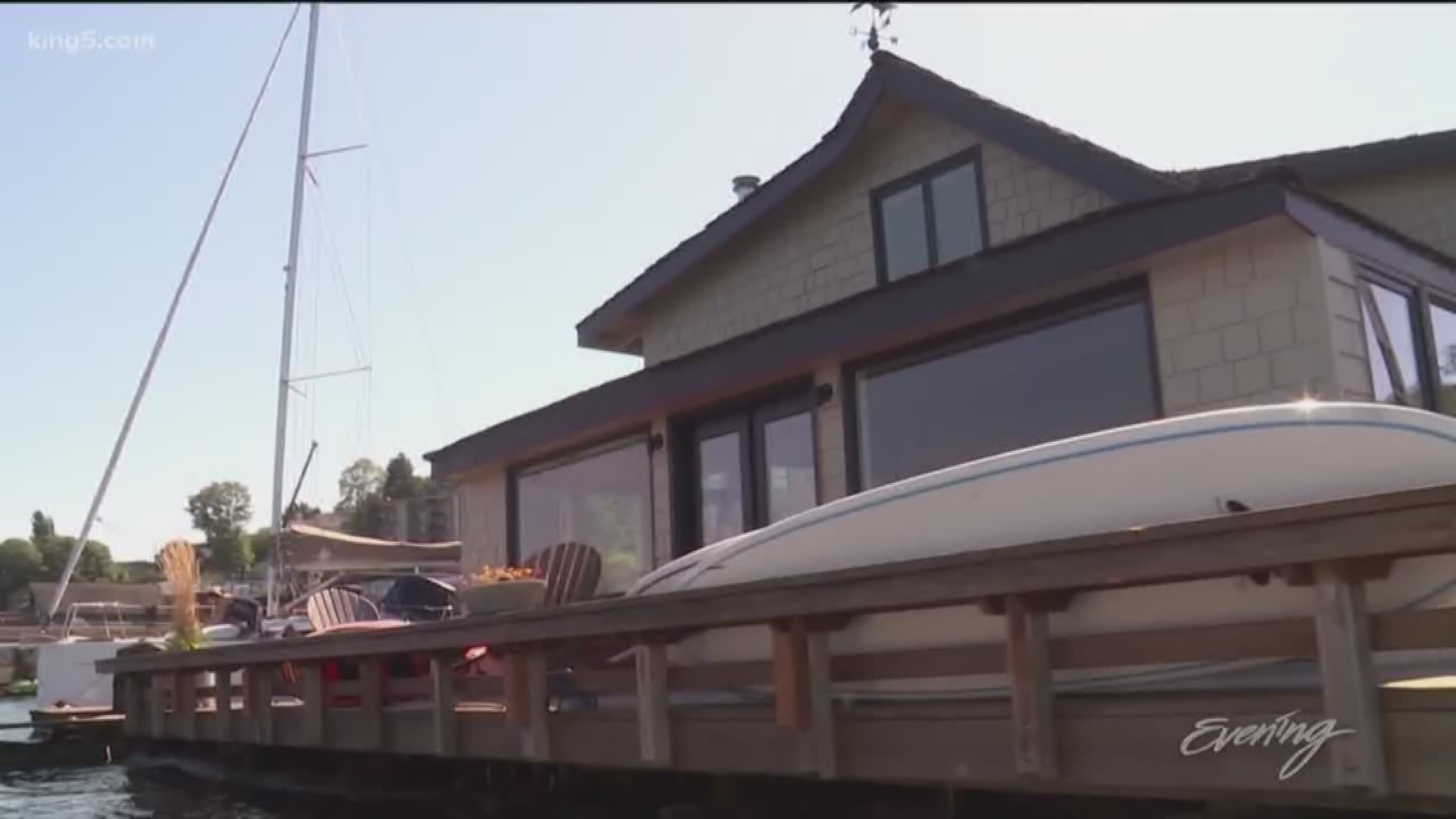 SEATTLE — From the outside, the floating home made famous in the movie Sleepless in Seattle looks pretty much the same. But inside, a major makeover.

The current owners were kind enough to give us a tour of the world's most famous floating home. A number of improvements give the place a lighter, more modern feel.

1 / 8
The Sleepless in Seattle houseboat is arguably the most famous houseboat of all time! From the outside it might look the same, but if you take a look inside a major makeover has occured! Tom and Meg wouldn't even recognize the place.

White wood paneling brightens the front entrance. As you walk in, you can now see into the kitchen. They blew out a wall to open up space. New counters, backsplash, and appliances followed, along with a natural wood ceiling throughout the main floor.

The inviting northeast corner feels bigger too as the ceiling was pushed up above the window seat that looks out onto Lake Union. Across the room, a trendy sliding door reveals a bookshelf or the TV, depending on which way it's open. And a sleek, iron railing leads upstairs.

Rick Miner's been selling floating homes for two decades. And having grown up in Hollywood (his dad was a producer), he has connections. Though the details are sketchy, he might've had something to do with this being the house chosen for the movie.

"This was the prime one. The long dock. The walk. I mean the director really had a good eye. In fact, I was around and I think I pointed 'em in the right direction," Rick says.

He's also quick to point out that the Sleepless "houseboat" is actually a floating home, as it is anchored on logs and cannot move.