The quartet claims to be the best since Oasis. #k5evening 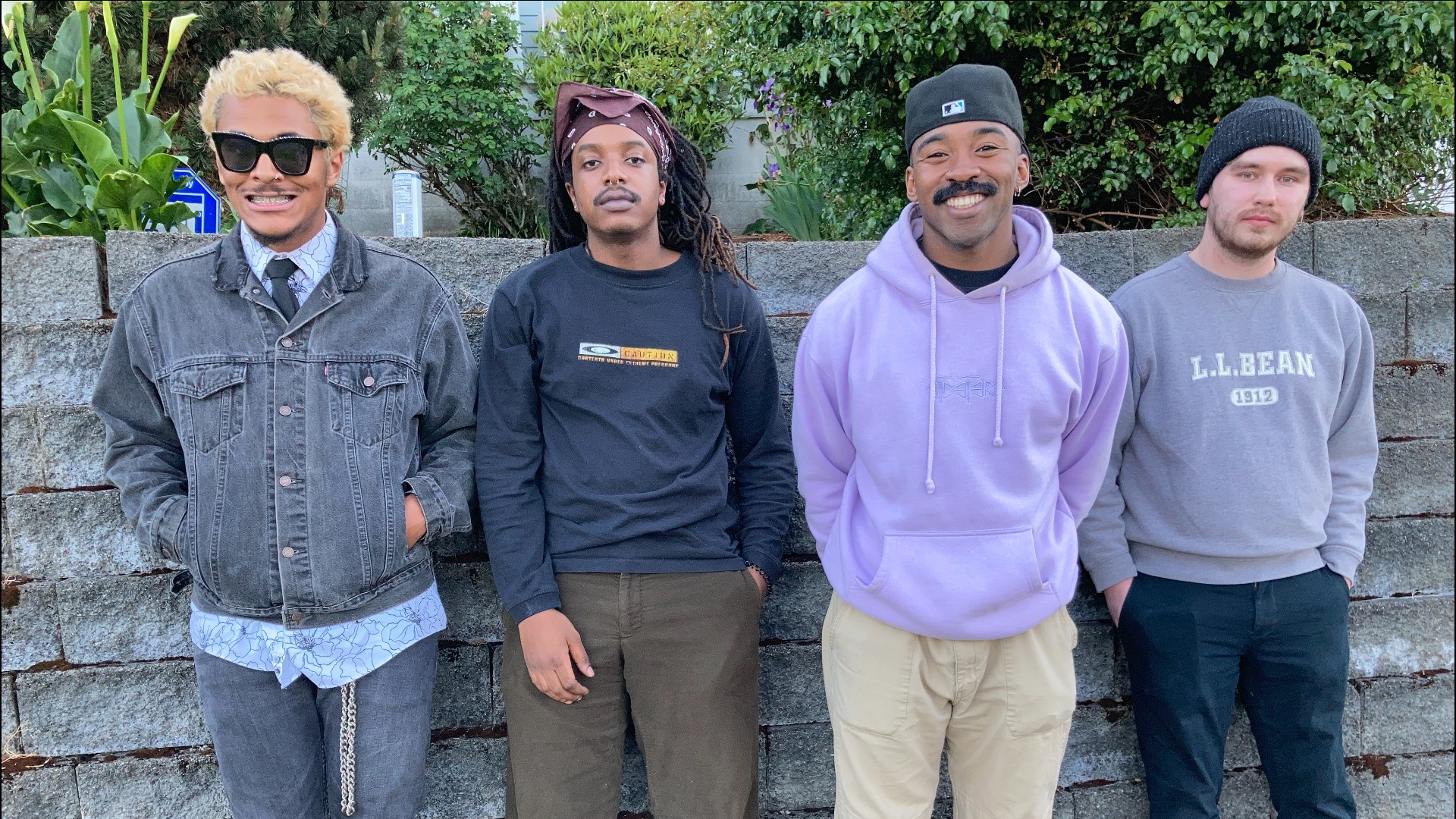 TACOMA, Wash. — Big things really can start in small spaces. We’re all crowded inside drummer LaDaniel Gipson’s bedroom, which doubles as a practice space for Enumclaw, a band that has drawn nationwide critical acclaim before ever playing a gig.

They’re running through the single “Fast N All”, while a neighbor across the street listens outside his home.

More acclaim has followed from the likes of KEXP, the influential rock publication Pitchfork, and the Seattle Times who raved "Better get these guys an agent!"

If he sounds confident that’s because he is. Enumclaw bills itself as “the best band since Oasis”.

“By putting ourselves in that arena and calling ourselves out in that way, we're acknowledging we have a long way to go,” says Gipson, the laid-back realist in the group.

Lead guitarist Nathan Cornell says the band's sound is inspired by their affection for Oasis and Nirvana.

“It's definitely influenced by the '90s stuff me and Aramis like, like loud heavy rock and pop music,” he says.

While the world was shut down thanks to a pandemic, the newly formed Enumclaw kept itself busy by recording a six-song EP called Jimbo Demo. Then Eli Johnson’s cell phone rang.

“Aramis calls me and says you wanna learn how to play bass. I'm like why? He's like because you should join my band. I'm like OK so I bought a bass on Craigslist and now I'm in the band,” says Johnson.

“Eli is my younger brother,” says Aramis Johnson. “He's pretty annoying if I am being honest but it's OK.”

When Enumclaw isn't rehearsing they're making music videos around the Tacoma area. Oh, and about that name!

“Ooh, this is the most popular question I think,” says Aramis Johnson, who wrestled against Enumclaw High School when they were winning state championships.

“Enumclaw to me symbolizes the best,” he says.

Now it's up to Enumclaw the band to live up to its name.

“Yeah I'm ready to see what happens, see where this goes,” says Cornell.

Enumclaw will play its first gig at Bob’s Java Jive in August.