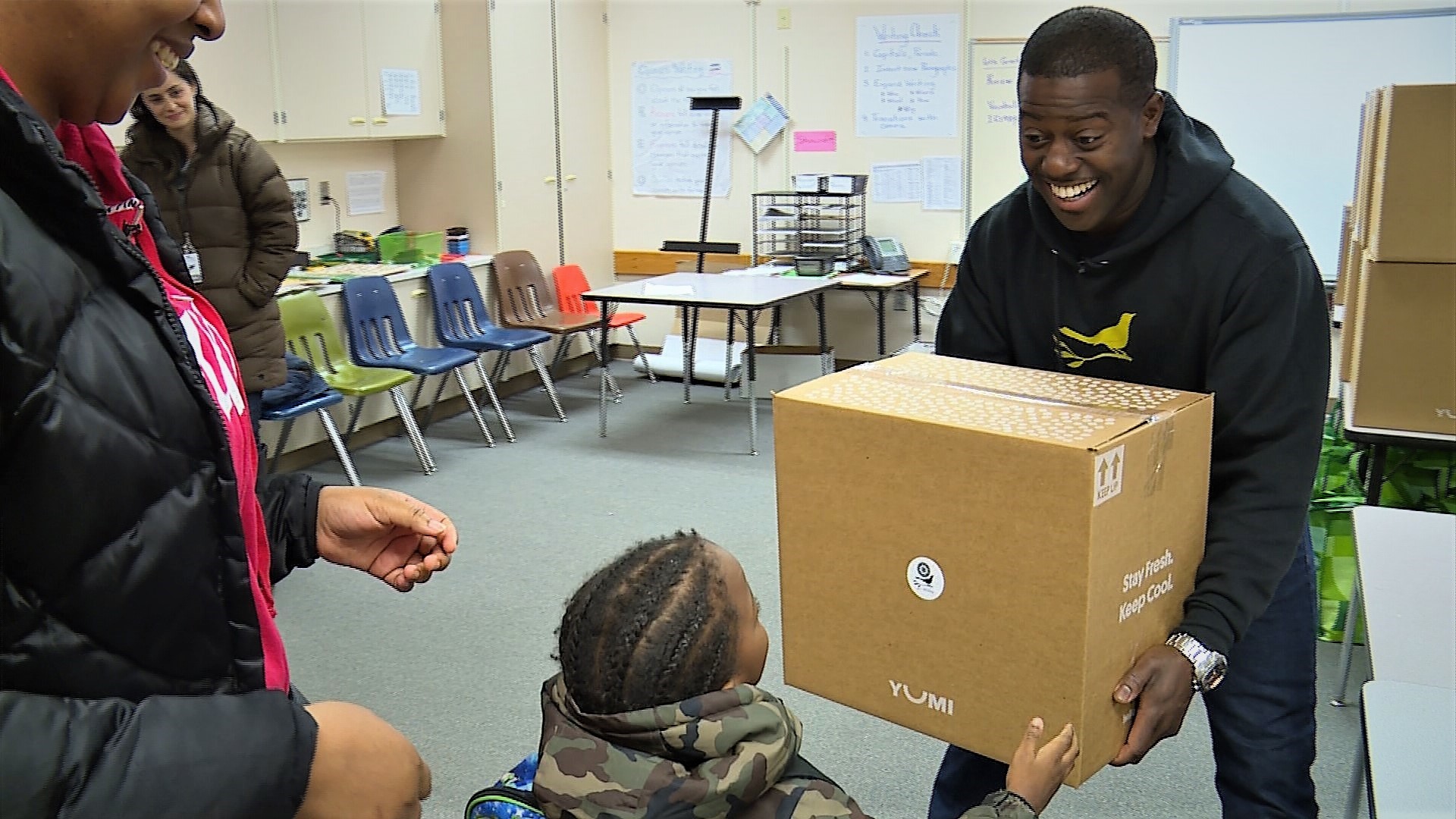 SEATTLE — November 28 isn't just Thanksgiving, it's also Edouardo Jordan day! Seattle Mayor Jenny Durkan surprised the award-winning chef with the honor in 2018. To celebrate this year, Jordan decided to give back to the community that has supported him.

He teamed up with Northwest Harvest and other partners to provide Thanksgiving meals to disadvantaged kids and their families at East Hill Elementary in Kent.

"I just wanted to take a moment and just express the way that I know how to express and that's through food," said Jordan.

Credit: KING 5
The staff at Salare in Seattle volunteered to prepare Thanksgiving meals for families in need.

His staff volunteered to help get the job done along with one of the smallest sous-chefs around Edouardo's 5-year-old son Akil. Hundreds of containers were stuffed with all the fixings and then delivered to the school. Northwest Harvest CEO Thomas Reynolds was on hand to unpack the boxes.

"I love this school," says Reynolds. "You have dozens of nations represented in the student body. Lots of kids, lots of families who are struggling but they're resilient."

"It's rewarding to see that we're not by ourselves," said East Hill Principal Paul Tytler. "There's a greater significant difference we can make in the community and to see other people recognize that and lend a helping hand means a lot to us."

It also means a lot to the families. The holidays can be stressful. But this year, they have one less thing to worry about – something Anasia Jackson appreciates.

"I usually have to cook, but now I have time to relax and spend time with my family," said Jackson. "It means a lot. It means people care."

Northwest Harvest is the largest independent hunger relief agency in the state of Washington. They work with more than 375 local food banks and meal programs to provide nutritious food to people in need. You can help support their cause by participating in KING 5's 19th annual Home Team Harvest food drive Saturday, December 7.