How to eat vegan food (and realize it's awesome) - Edible Education 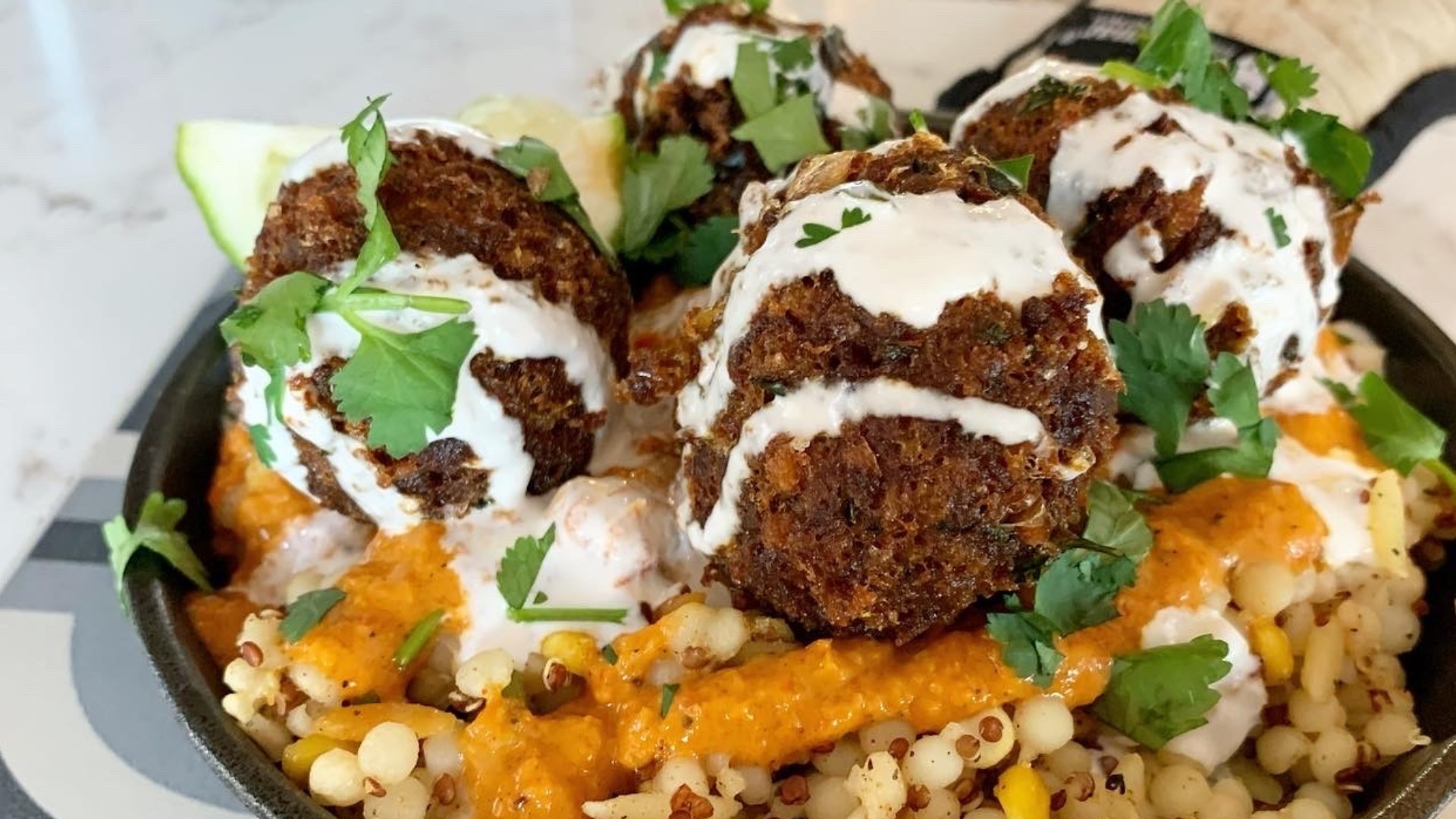 MUKILTEO, Wash. — In Mukilteo, right near the ferry, is a little old house that's almost 100 years old. And inside, couple Cynthia and Sean Hesslewood are making meatless magic happen.

While Sean is the financial guru for the restaurant, Cynthia is the culinary mastermind at Sage & Cinder.

"Sage is my favorite spice, and cinder is my nickname," Cynthia says.

She went vegan about ten years ago, after being vegetarian for several years before that. For her, it was a mix of meat consumption's effect on the planet, as well as her love of animals. Now, she's bringing her vegan creations to Mukilteo- Sage & Cinder being one of the few vegan restaurants in Snohomish County.

You'll find a host of different, shareable plates on the menu. From German Obatzda- a cheese dip for soft pretzels- to a charcuterie board filled with various cheeses, salami and vegetables.

And yes! Sage & Cinder serves meat and cheese- but not the way most omnivores are used to seeing it. The cheese is made from things like soy, cashews and oil, while the meat is made from a variety of soy proteins. They may look and taste like meat and cheese, but the meal is still very vegan!

"There's just so much beautiful food right now being done in vegan cooking, you're going to find something you like," Cynthia says.

Vegan food has long been the butt of jokes and misconceptions- but for the particularly aggressive critics, Cynthia says those people are the ones who usually eventually convert to veganism! Who knew!

Sage & Cinder has a robust vegan bar program, as well. Cocktails can have egg whites, honey, gelatin- which all are animal products or contain some form of animal byproduct.

The restaurant replaces all of those ingredients with vegan alternatives, like in their whisky sour. They switch egg whites for aquafaba, which is basically the leftover liquid from cooking chickpeas.

If you've ever wanted to try vegan food- or if you're a livelong vegan- head over to Sage & Cinder. And here's an insider's tip- if you go for lunch, get their fried green tomato panini. Heavenly!