This Capitol Hill artist uses bones as her canvas 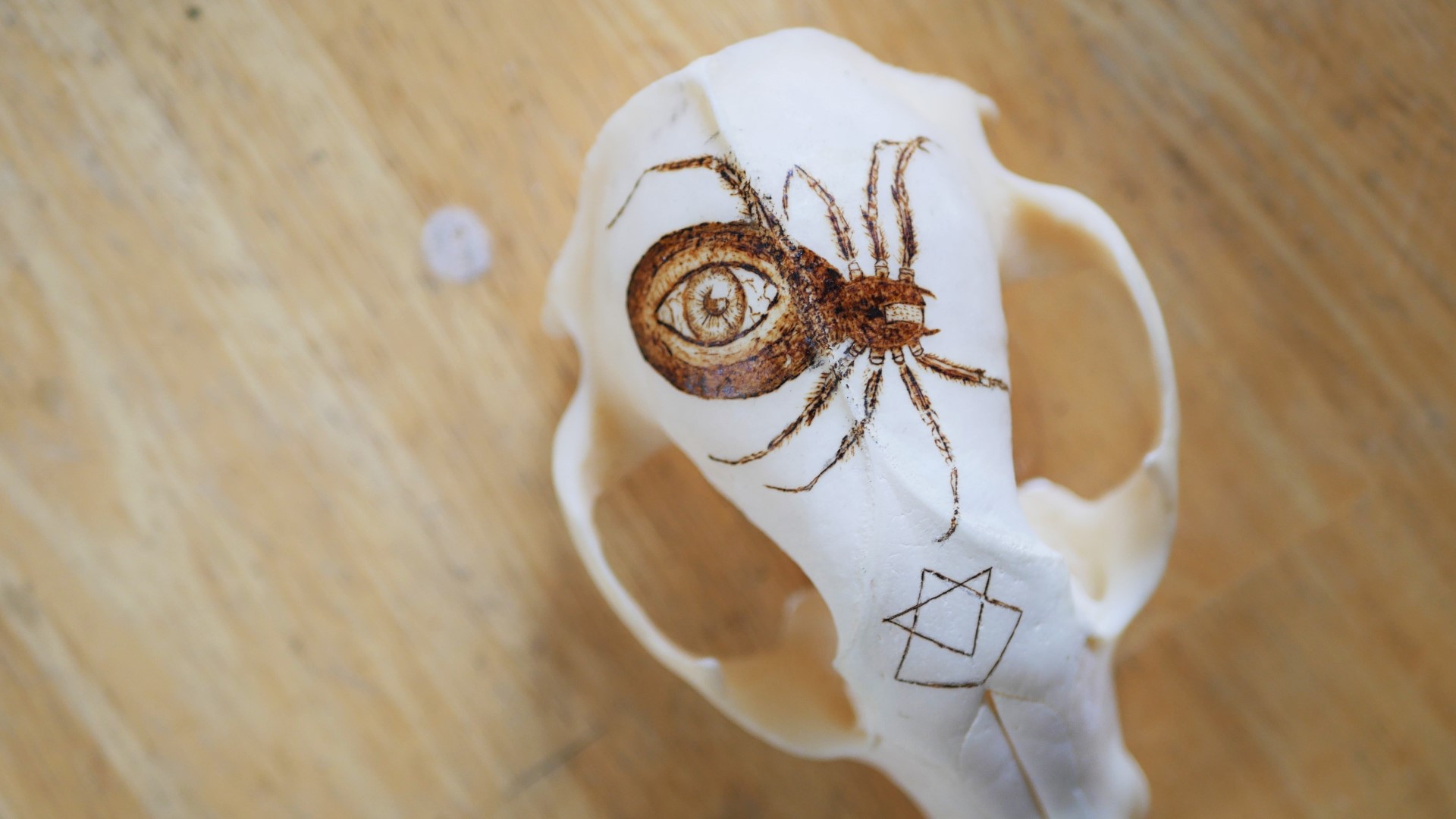 SEATTLE — Alexandra Clundt is an artist, although her medium is unique. She creates intricate designs on the surface of bones, using a pyrography pen to burn patterns into skulls and scapula.

"I think to me, it's creating beauty out of something that would not have been discovered otherwise," Clundt says.

She features her creations on her Instagram page and sells them on her website, Drawn to the Bone Designs. Clundt has always been an artist, but started with pen and paper. Even then, all of her work was usually bone-oriented. Over time, she moved to wood burning - and then, delved into the art of bone burning.

Credit: KING 5
Alexandra Clundt has already been fascinated by science - and bones.

To create her designs, Clundt first draws them in pencil, then uses a pyrography pen to trace over her outline. The pen - essentially an electric ballpoint pen - goes up to a thousand degrees Fahrenheit.

"It's all about making designs by scorching the medium," Clundt says.

Her designs are inspired by nature, tarot and symbols. And each design is a way to respect and honor the animal's life.

"I respect the animal and respect what it was and make sure that my intentions are positive with whatever I'm doing," Clundt says. "I try to avoid writing or anything that could be offensive to the animal."

Credit: KING 5
Clundt uses skulls and other bones for her mediums, all ethically-sourced.

Her respect extends to how she finds her bones. All of them are ethically-sourced.

Clundt works most often with skulls, scapula and jaw bones. The vertebrae and rib bones she sometimes obtains are more challenging to work with. But whatever she uses, each piece is one-of-a-kind.

"Basically for me, I like to see it as...a really nice way of honoring their life and spirit," Clundt says.