Dean the Dog gets a second chance thanks to the Kitsap Humane Society. #k5evening 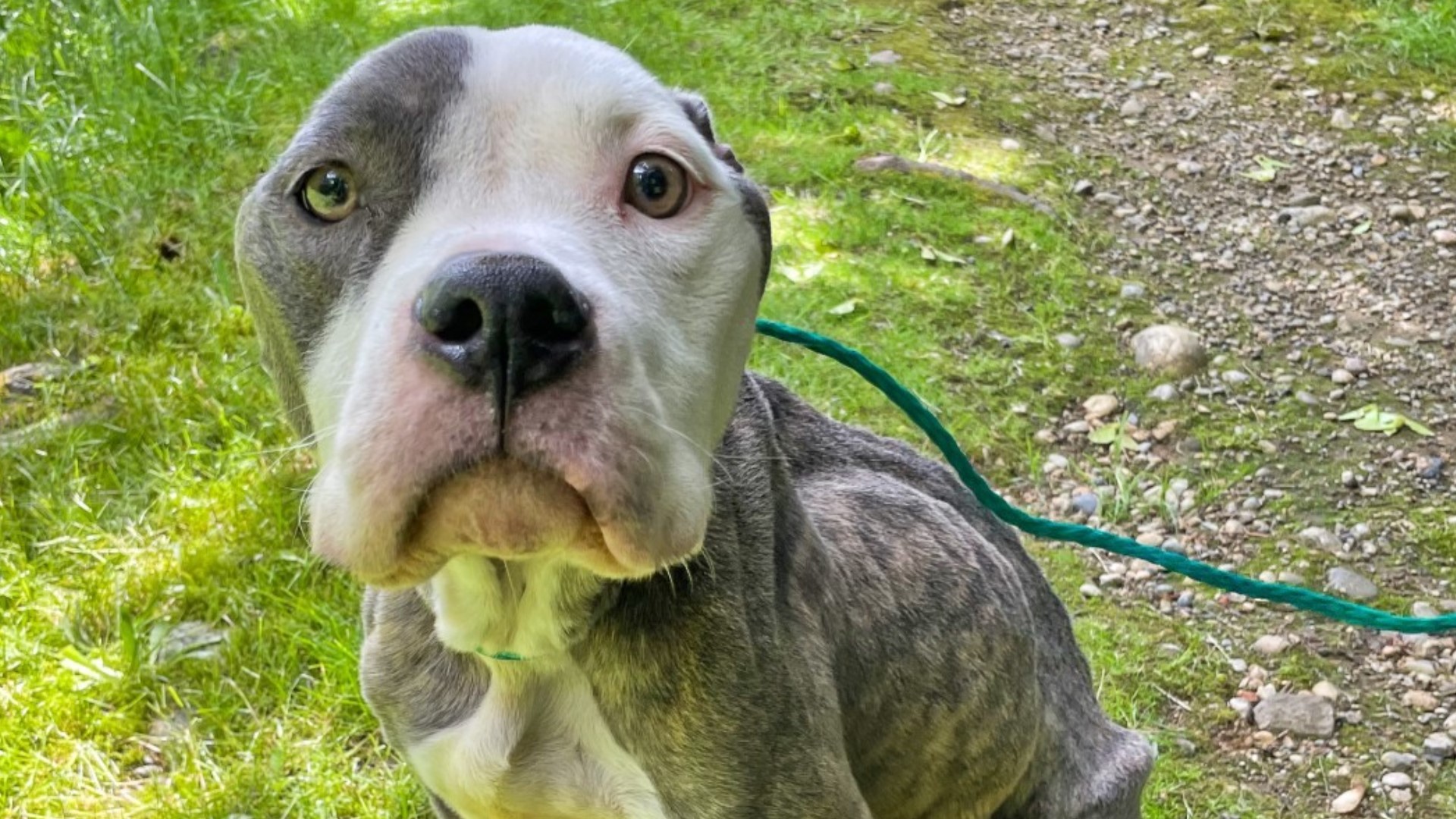 SILVERDALE, Wash. — The person who found the emaciated dog on a Kitsap area beach thought he was dead until she got closer and saw the dog lift his head. She scooped him into her car and sped to Kitsap Humane Society with the barely-alive animal. Dr. Jen Stonequist, the Director of Shelter Medicine, didn’t have much hope when she took him In: "When he got here he was hypothermic to the point that we couldn't get a body temperature on him. He was so weak that he couldn't lift up his poor little head, he looked like a sack of bones,” she said. “He was near death. I would say a few more hours with that temperature and I don't know if we would have been able to get him back."

But the gray and white pit bull pulled through — stealing the hearts of the heroes who saved him.

"He was just an absolute rack of bones, but his little tail would thump when they were by him, and he wanted to eat, and he just seemed like the sweetest little bag of bones that they had ever seen,” explained Jean Gibowski, Kitsap Humane Society’s veterinary operations manager.

They named him Dean, and shared his story on social media, including TikTok.

"He was pretty weak that first week he couldn't even walk or stand on his own, he had all of the people at his beck and call, we'd carry him out, and then as soon as he was able to walk he'd take a few steps on his own then he'd get weak and tired and fall over, I think he knew that we were helping him,” said Stonequist.

Today, Dean's recovery is almost complete — and he's ready to be adopted.

Credit: KING 5 Evening
Dean getting a belly rub after recovering and gaining some weight

"He's looking almost fat and sassy at this point!" Gibowski said as she took him out to the shelter's lawn for some R and R.

He doesn't behave like he was abused, and why he nearly died on that beach remains a mystery.

“We don't know if it was a case of neglect, and you know, he can't talk so we'll never know,” said Gibowski.

And even though the entire staff is smitten by this survivor with the permanently wagging tail, they all have the same wish for Dean when he leaves the shelter that saved his life: "That he gets the perfect loving home where he will be spoiled rotten with lots of snacks for the rest of his life!" Gibowski said as Dean nudged her for more pats.

Update: Dean was adopted by a family who loves him dearly. He’s got a new name – Arlo – and is enjoying plenty of snacks and belly rubs.