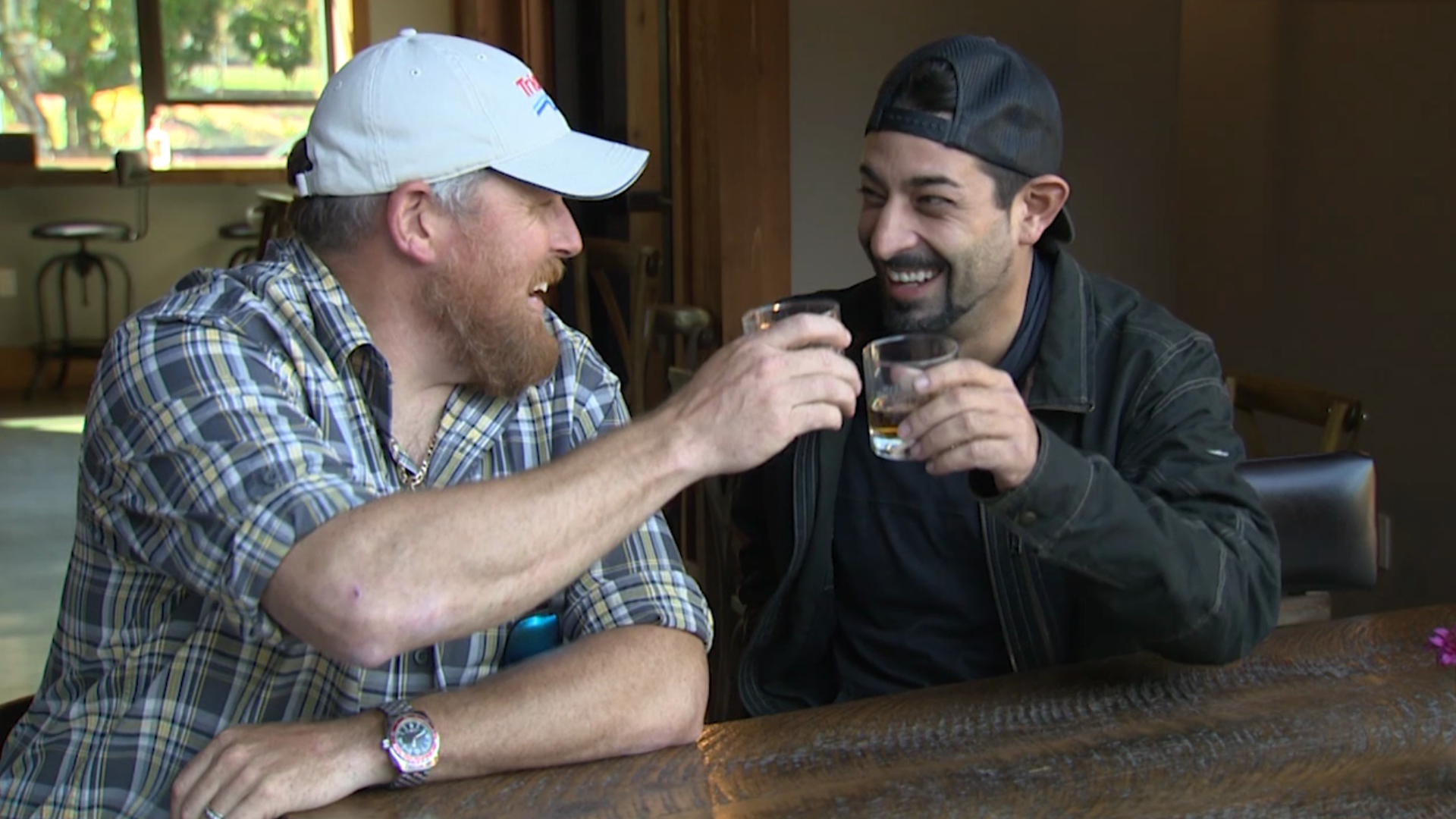 "We just put it right up in the bow and let the boat do the rest of the work,” said Captain Josh Harris of the F/V Cornelia Marie.

“The hardest part about the whiskey is not getting into it after a bad day of fishing,” laughed Captain Casey McManus, also of the Cornelia Marie.

Barrels of whiskey from Fremont Mischief Distillery ride along in these fishing boats. McManus explains why:

“It turns out the barrels of whiskey need to be rolled once a month to get the flavor of the barrels in the whiskey. Well on a boat you don't have to roll it because the boat's constantly doing this, especially in the Bering Sea, we're going over 30 and 40, 50 foot waves all year round, you multiply that by two to three years on a boat ride, that's why it's Storm Tossed.”

That’s the name given to this special brew that rides aboard four different "Deadliest Catch" fishing vessels: The Cornelia Marie, The Northwestern, The Wizard and the Brenna A.

Identical barrels of whiskey go aboard each boat.

What disembarks after three years is as different as the captains who carry it.

“The different flavors are all because of where the captains take their boats
Sometimes it's rough waters, sometimes it's smooth. Every captain does something different and that's what gives those whiskeys a different flavor,” explains Patti Sherlock, co-owner of Fremont Mischief Distillery.

Fremont Mischief co-owner Mike Sherlock was a commercial fisherman before he started making spirits so the causes his company supports all have ties to the sea. The profits from Storm Tossed Rye sales have gone to The Sea Scouts, and the Seattle Fisherman's Memorial. In 2019 the captains raised four-hundred-thousand dollars for the Northwest Chapter of the American Parkinson’s Disease Association in honor of their friend Chuck Bundrant, Founder of Trident Seafoods, who is living with a form of the disease.

“In 2013 we started this program to help people,” said Josh Harris. “Any opportunity we can get to help people, help different causes, use that star power I guess you would say, to make a difference.”

Naturally, there's competition between the captains about who's hooch is tastiest – fans can even vote on Fremont Mischief’s website. The distillers wisely remain neutral.

“When we harvest a barrel off the ship, and we taste it, and it's really good, that's incredibly satisfying. We love it because they all taste so different, and every one of them is good,” said Patti.

The co-captains of the Cornelia Marie maintain that their rye - with notes of 'caramel and dried tobacco' tastes the best.

And they're also proud of one particular distinction the barrels aboard their boat hold year after year:

“Our boat though is the only boat that they've come back full every time,” laughed Josh Harris.