The Dancing Dragons, a Tacoma team made up of line dancing fanatics, are promoting line dancing among pop and R&B fans. #k5evening 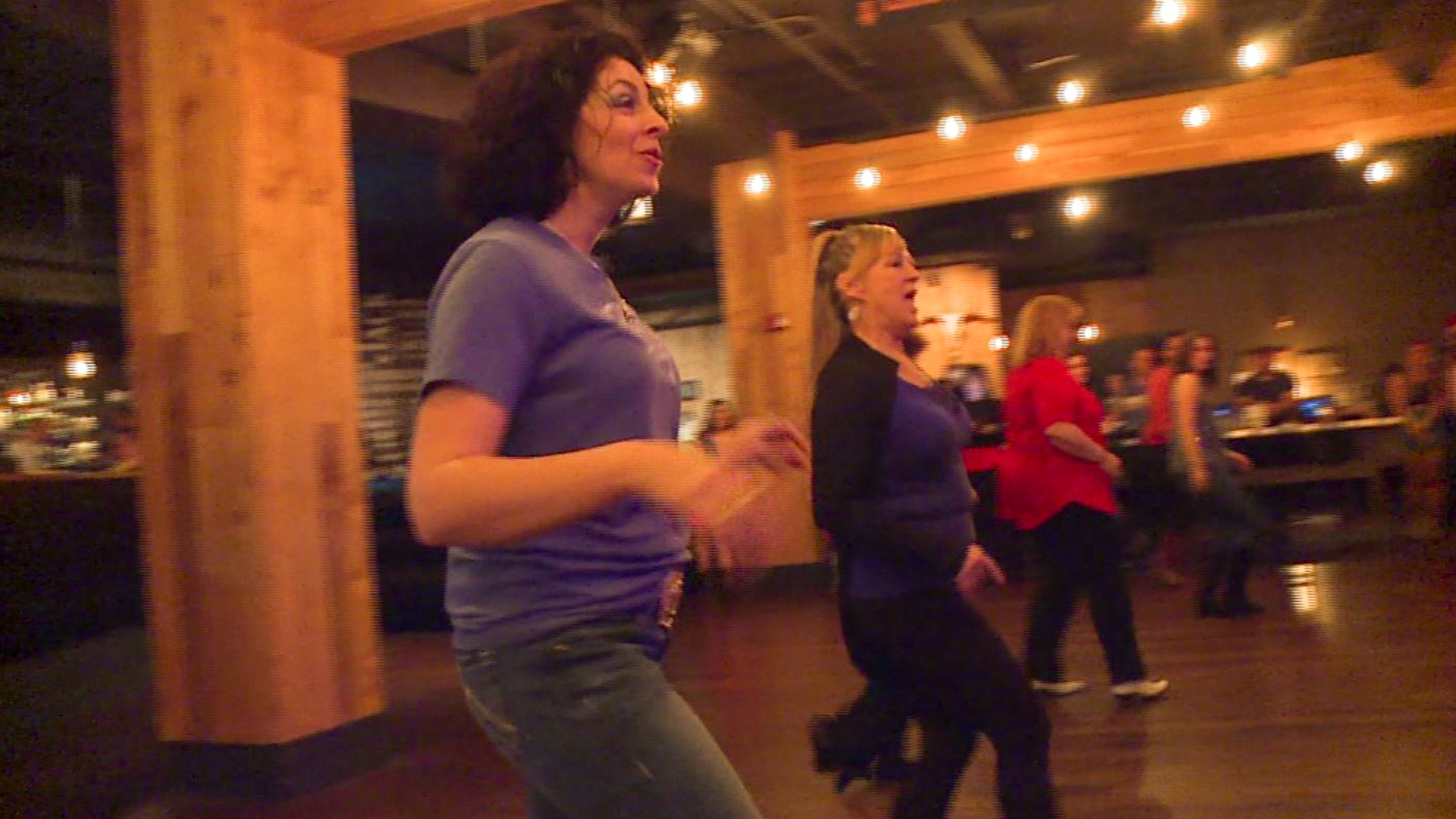 TACOMA, Wash. — On a Thursday night at Steel Creek American Whiskey Co. in Tacoma, the whiskey's pouring, the mechanical bull's bucking and lines of customers are dancing to country music.

“Pick a song and google 'line dance' after it,” said team leader Maggie Bee. “You would be amazed.”

On this night they convince DJ Super Dave to play the Jonas Brothers hit "What A Man Gotta Do" and the floor clears as a dozen dancers show off their choreographed moves.

"There's nothing more energizing than hearing a song, going 'We know this one!'" said Bee, a world champion line dancer who competes in categories like Waltz, Pulse and Smooth.

Maddie and her team meet up on weeknights where they teach each other the latest dance steps. Eva Marie Gordon, known as "Mama Gordon", attends line dancing conventions all over the country.

"Line dancing is an addiction," she said. "It is very addictive. Once you start doing it, you can't stop."

Trineisha Stutheit is one of the newer members of the Dancing Dragons.

"I love a challenge and at first the country part was challenging," she said, "but then I found out that it's not just country. There's a lot more to it than that."

Line dancing has never just been for country music fans. The Electric Slide and The Cupid Shuffle are popular dances among pop and R&B fans. But at a country and western bar, getting the DJ to go off the playlist can get some interesting reactions. The floor cleared as the Dancing Dragons shuffled and swayed to "Wild" by Lolo.

"When you know a dance and all of you get to do it on the floor and you know it well enough that you can joke around with each other,it is the best thing in the world," said Bee. "It's why I started the team".

Maddie B has started teaching classes at Heritage Distilling Company in Tumwater. Follow the Dancing Dragons Facebook page to get more information.