Craving fried chicken? We tracked down some of the best Seattle has to offer

We did the grueling research, now enjoy our list for some of the best fried chicken in Seattle. #k5evening 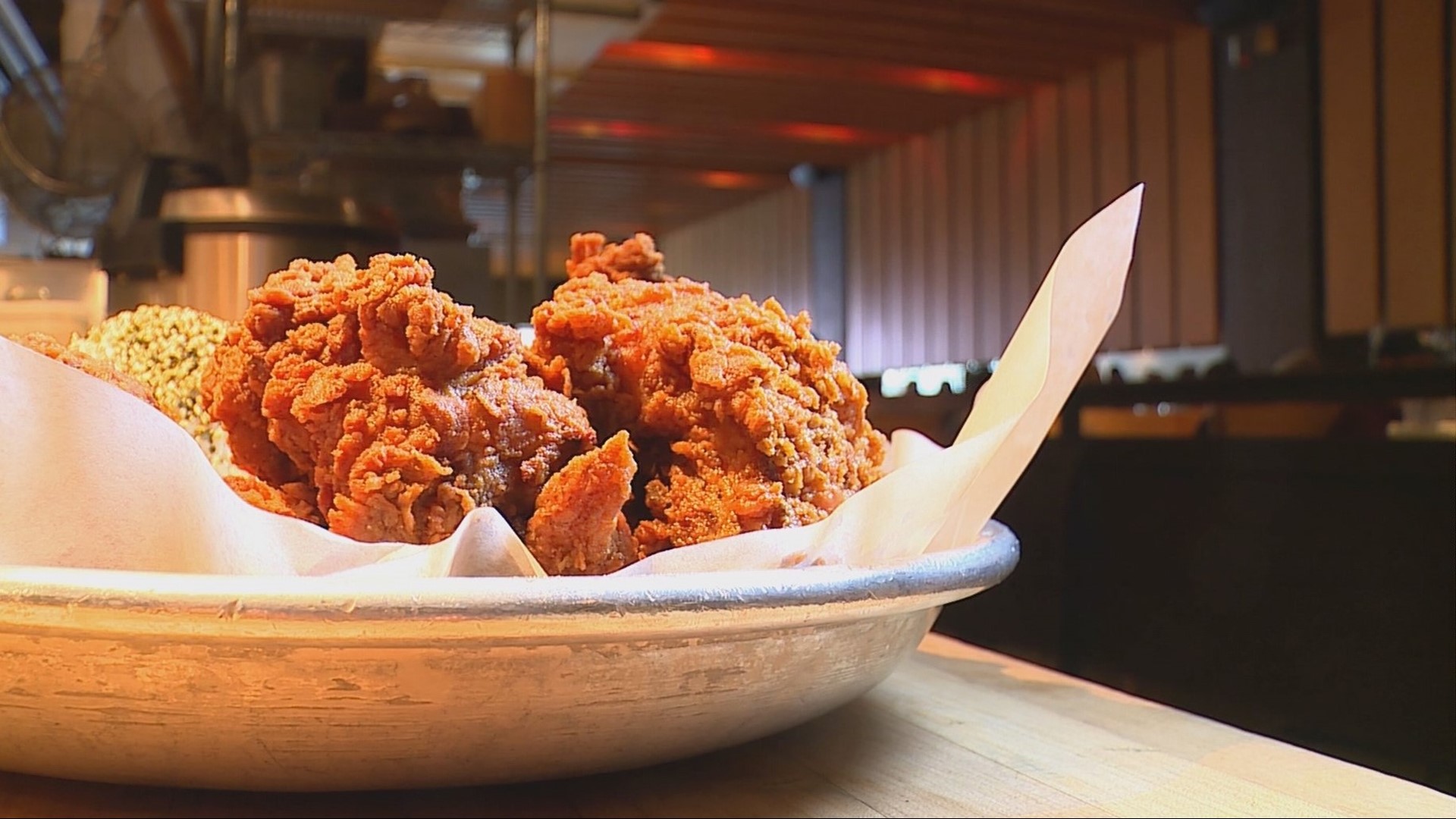 Our list is always growing, if you have someone you think needs to be added to our Fried Chicken shortlist hit us up on Facebook.

The Hawaiian-inspired fried chicken at Ma'ono in West Seattle has made it a dining destination for the past 6 years.

The dining destination is named in honor of the owner’s family who hails from Hawaii, and the menu reflects their style of cooking.

The chicken is brined for six hours, submerged in buttermilk overnight, double-fried, and finished with umami seasoning. You won't taste anything like this, anywhere else - which is why they sell out almost every weekend.

"We're kind of an institution at this point, and you're really missing out if you haven't come in and tried it," said chef de cuisine Cameron Hanin.

Ezell's has long been the people's choice for Best Fried Chicken in Western Washington, but the restaurant gained national fame when Oprah Winfrey had them cater her Chicago birthday party in 1990.

The local chain has served Texas-style plates for more than 30 years. Find a location near you.

"The hotter you get it, the more fun it is to eat,” said owner Jake Manny.

Customers choose between naked, mild, hot, or insane seasonings. This isn't fast food - each piece is made to order. But it's worth the wait.

For the crunchiest fried chicken in Seattle, stop by this fun spot in White Center. From the menu and décor to the name itself, Bok a Bok is all about chickens.

They serve Korean fried chicken. Made with tempura batter, it's crispier than other kinds of breading.

Seating can be limited, but the chicken is also good-to-go.

Aptly named "Dynamite Fried Chicken," their dish is served with collard greens and grits. It’s a perfect dish to share with friends and wash down with one of the bar's craft cocktails.

Tucked inside Rachel's Ginger Beer, this restaurant won't sell you a drumstick or a breast.

"It goes great with Rachel's Ginger Beer, always has,” said cook Ray Singleton. "It's a great environment to have lunch or dinner. Good place to be."

Did we miss a restaurant you love? Let us know!