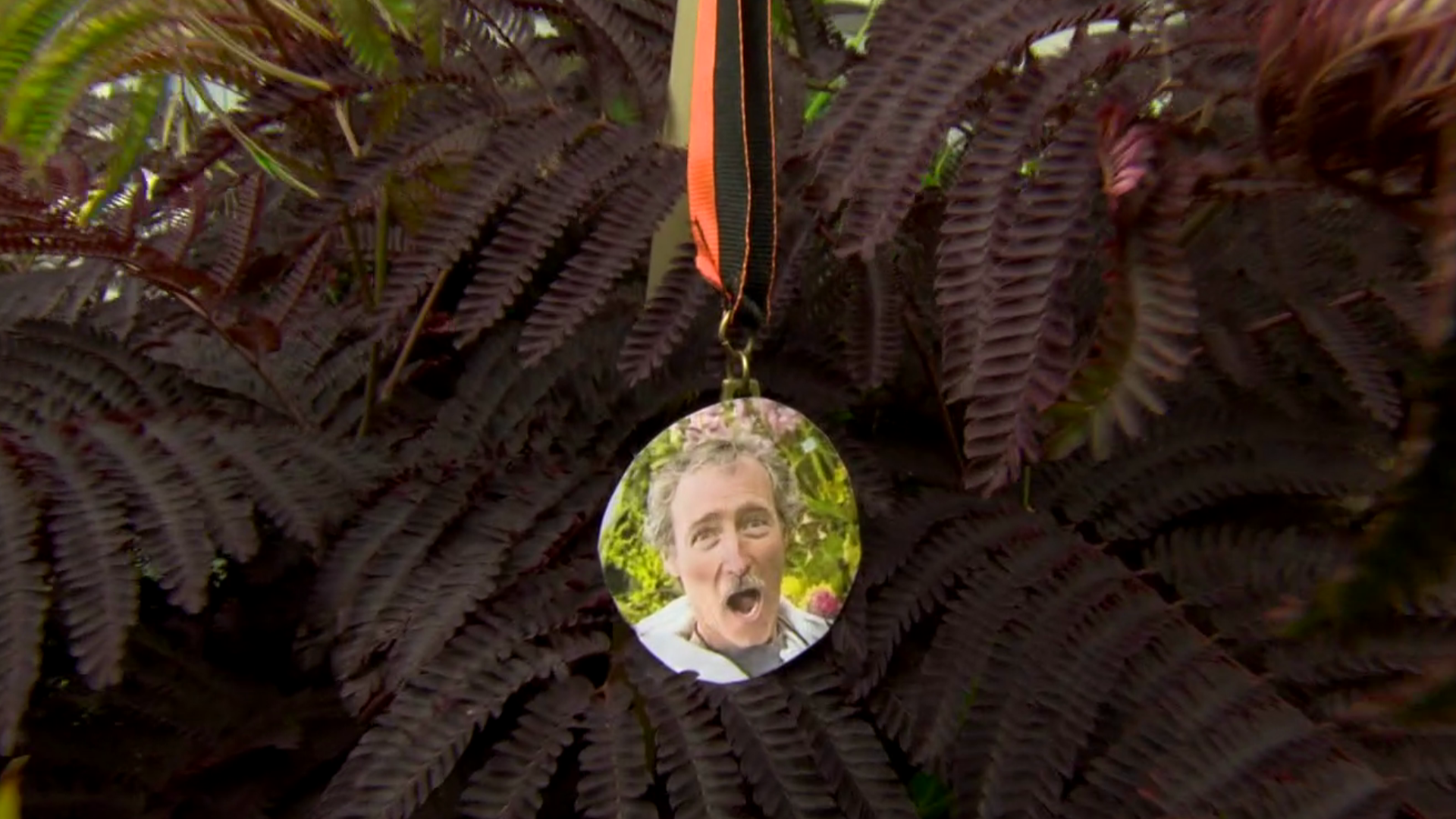 SEATTLE — Seattle gardening guru Ciscoe Morris is getting in the spirit for the upcoming Olympic games:

"It's time for the Olympics but plants can have Olympics too! So I am going to honor some of my wonderful plants with a gold medal! Not every plant gets one of these, only the best!

“This might be my favorite plant in the whole garden, it's called honeybush, or Melianthus major, this one’s ‘Antonow’s Blue’. Look at that tropical look, and when you rub the leaves, they smell just like peanut butter. But if it makes you want to eat a peanut butter sandwich, wash your hands first, this guy is poison!” Ciscoe bestowed his first medal on this jagged leaf plant.

Then he moved on to a dark red dahlia with dramatic plum-colored foliage.

"When it comes to dahlias, this is the champ, ‘Karma Choc’, also called chocolate ball, look at that black foliage on there, the size of those flowers - this is a true champion!"

Medal winner number 3 is an Arisaema triphyllum: "Now here's a plant that deserves a gold medal for weirdness! This little plant when it first grows is a male plant, it has an ugly little flower, then when it matures and gets strong and big it gets this incredible female flower called Jack in the pulpit, there's the little guy in there,” he said, pointing to the plant’s namesake stamen.  “It turns into a female, then when it makes a big seed pod and uses up all its energy it turns back into a wimpy male again. Okay, you deserve an award for that one little guy!"

Ciscoe’s final medal goes to a plant that doesn’t look like much, but has some potential to literally be a show-stopper.

“To win a gold medal in my garden a plant has to be really special and this is the most special of all - this is called Amorphophallus konjac, and why is this so cool? I know it doesn't look that great. But if it blooms it'll get this big purple sinister-looking flower and it wants to be pollinated by carrion beetles - so the whole garden will smell like a herd of cattle died! What could be cooler than that? You get the special gold medal!”

It was a tough competition, but these four plants are gold medal winners in Ciscoe’s gardening games.