And what could be better than free plants? #k5evening 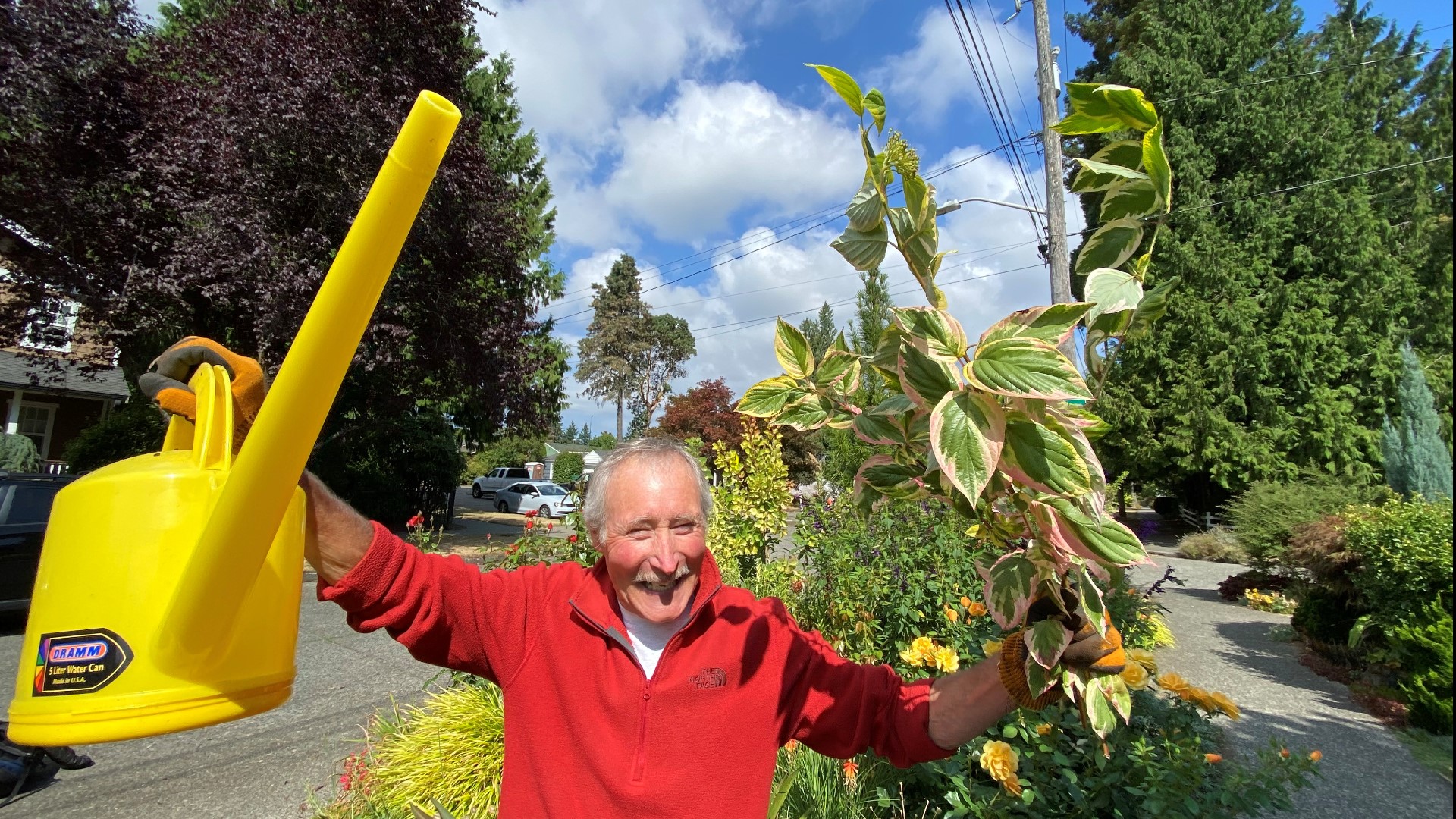 SEATTLE — Ciscoe has a couple of gardening hacks that will give you free plants in about a year, using things that are already growing in your garden. One method is known as ‘layering’.

“There is a way to make free plants that’s pretty darn easy and it works with just about any kind of plant you can find as long as you have the right conditions. So this is a Choisya  ‘Sundance’ – also known as a Mexican Orange Blossom.

“So what you have to have is a branch that you can bend down to the ground, and bury the middle, with the ends stickin' out,” said Ciscoe, finding a low growing branch on his Choisya that fit the bill.

“What I gotta do is dig out a little bed for this guy, you don't want it too deep but you've gotta get it in there. Now what I'm gonna do is I'm gonna cut off all the leaves that are about to be buried, if you bury the leaves, it probably won't root,” said Ciscoe.

Once you’ve buried your branch that’s still attached to the ‘mother’ plant, and made sure there’s 6 inches or more sticking out beyond the buried part (leave the leaves on that) you’ve got to put a stone on the buried part so it stays buried if it gets windy or stormy. Ciscoe’s stone is very special: “This is my favorite, it says Eat Brussels Sprouts and Be Happy - remember those words, they're very important!"

In mid-spring, Ciscoe says tug on the branch lightly to see if the new roots give some resistance. If you feel that, cut it from the mother plant, on the mother plant side, dig it out carefully, transplant it, and you’ll have a brand new plant. It’s possible to do this with bushes like rhododendrons, and lilacs also.

Another way to get a free plant is to take a cutting and grow roots from that. Ciscoe says one of the easiest plants to do this with is hydrangeas.

“I usually do this just as the winter rains start because then you don't have to be out there watering it day after day after day.”

Cut a branch from a hydrangea that doesn’t have a flower, then strip the bottom leaves off the branch. It will root where the leaves were, so make it a long cutting and tear off at least 2 or 3 layers. Leave some leaves at the top of the twig to get nutrients down to those soon-to-be roots. Soften up the soil in a shady moist spot in the garden, and just jam your hydrangea twig in.

“You're not going to grow your hydrangea here, you're just getting it to root here. Then you'll transplant it once it roots,” said Ciscoe.

Water it in, and be sure it stays moist.

“You don't want this to dry out it's the one thing that will wreck it,” said Ciscoe.  Also, “I have to tell ya, it usually takes a year before you feel the roots and it will be time to move it.”

But patience will pay off, and you’ll have a new hydrangea for a little effort and no money.

“Give it a try, what have you got to lose? And if you're successful, you've got a really cool free plant!”