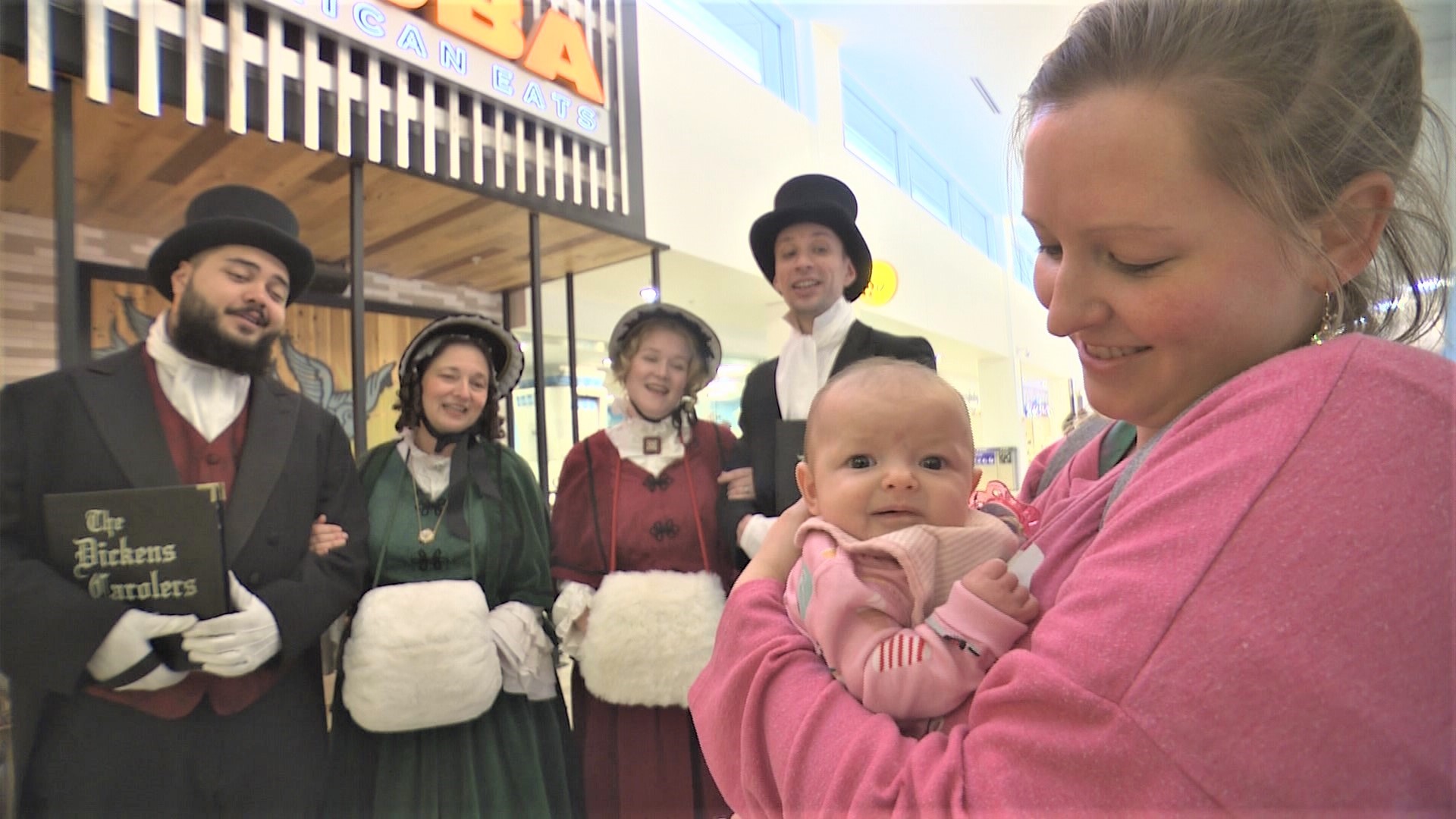 SEATAC, Wash. — For more than 40 years, Washingtonians have been serenaded by carolers dressed in Victorian finery.

The Dickens Carolers were founded in 1978 and sing from Thanksgiving through Christmas throughout the Puget Sound.

Credit: KING TV
The Dickens Carolers consist of a capella quartets dressed in Victorian finery who can sing from a selection of 70 songs.

"I've been traveling for one year,” said Janice Malcolm, who came across a quartet near the A Gates. "I thought it would be nice to stop and listen to them."

There are 13 quartets available for performances. The company is run by two former singers, Nathan Rodda and Jason Meredith.

"I think people connect with it on all kinds of levels,” Rodda said. “For children, they're delighted and enchanted and hopefully for them, we're making memories. And then for older people, it brings back a lot of fond memories they had."

Even in a busy airport - where time and comfort can be in short supply - a nostalgic melody changes things.

Credit: KING TV
Passengers pause on the concourse at Sea-Tac Airport to listen to The Dickens Carolers.

"It's more about the spirit of it and being with people and connecting with people. It's a lot more than just the music,” Meredith said. "I think people want that. They want to be reminded of what Christmas means to them."

The Dickens Carolers have been hired to perform at joyous events like engagements, and solemn ones inside hospital rooms. They have a list of 70 songs to choose from, and the standard rate is $280 per hour.

"Most of us hope that we leave the world a better place than we found it, and we always wonder if we have. And when you're a Dickens Caroler, you actually know that you have,” Rodda said.

The Dickens Carolers will be near the security lines at Sea-Tac Airport from 9am – noon on December 20 – 24.

They also have a schedule of public events through December 26.