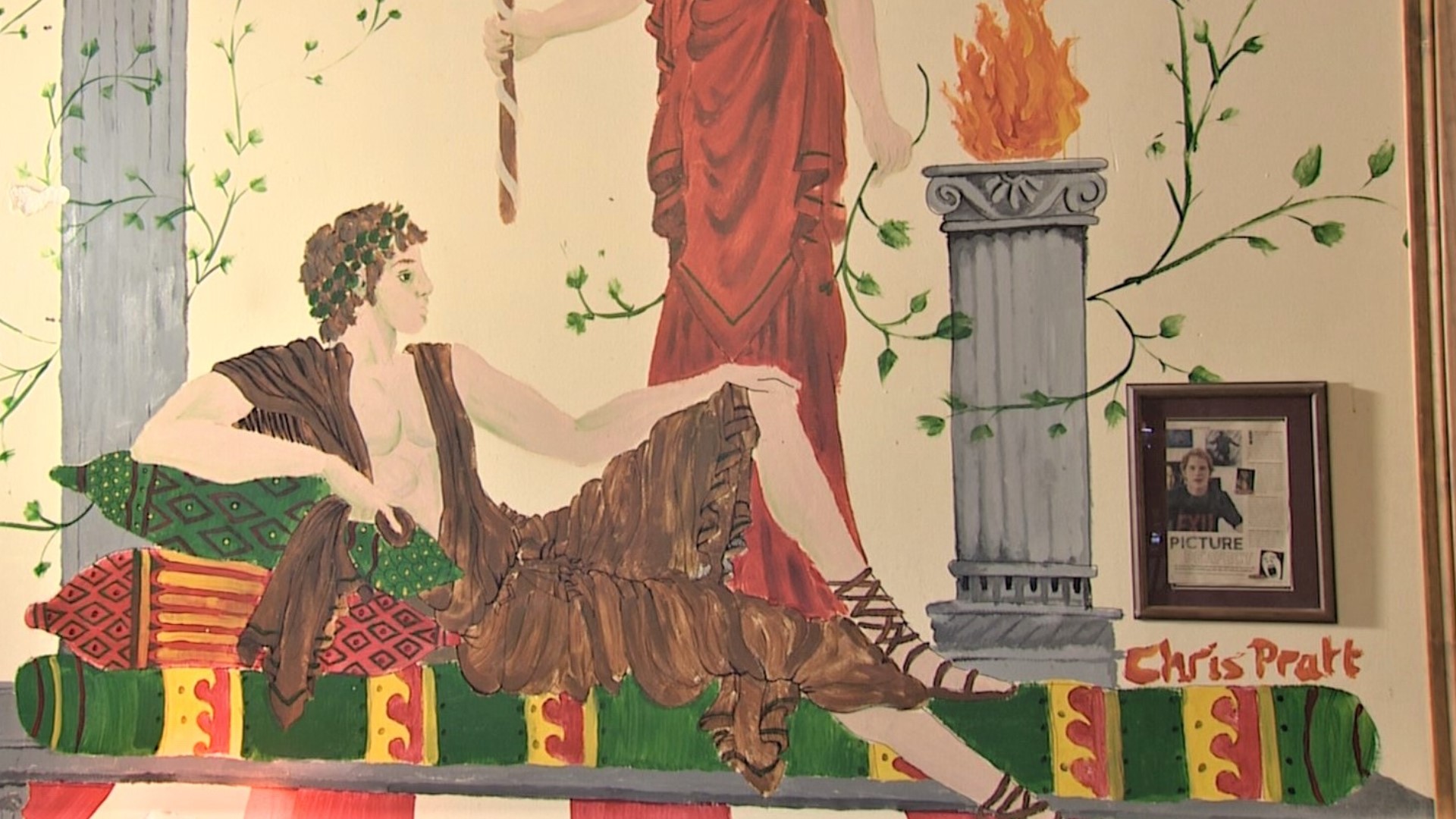 GRANITE FALLS, Wash. — Visitors from around the world travel to Granite Falls for pizza, Greek food, and a look at the early work of Chris Pratt.

On the back wall of Omega Pizza and Pasta, a large Grecian mural bears the movie star’s signature. He painted it as a teenager, when he worked for the family-owned restaurant.

Credit: KING TV
Omega Pizza and Pasta is on S. Granite Ave. in the heart of Granite Falls.

The Petrakopolous family opened the eatery 23 years ago. Alex, who now runs the restaurant, was childhood friends with Pratt. They both worked at Omega during high school.

In an interview with Evening five years ago, Pratt said Omega is the first place he goes to eat when he visits his hometown of Lake Stevens. Photos of his mural went viral and since then, the restaurant has hosted fans from across the globe who want a selfie with the painting.

But Snohomish County diners are fans of Omega for the generous portions and local ingredients.

Every portion of Fettuccine Alfredo is made-to-order. The calamari is pan-fried in olive oil, rather than deep-fried in a cooker. Alex’s Cheese Bread is infused with Greek flavors, including feta, oregano and tomatoes.

The restaurant also features craft beer from Woodinville and a full bar with locally-inspired cocktails, like the Mount Pilly (named after Mount Pilchuck) - a twist on a Long Island Iced Tea, with a sprig of rosemary as an homage to the forest.

Omega Pizza and Pasta is open daily for lunch and dinner. It’s located on S. Granite Ave. in the heart of Granite Falls.