If you love Chinese food but feel intimidated by the idea of making it at home, a local cookbook author hopes to change your perspective. 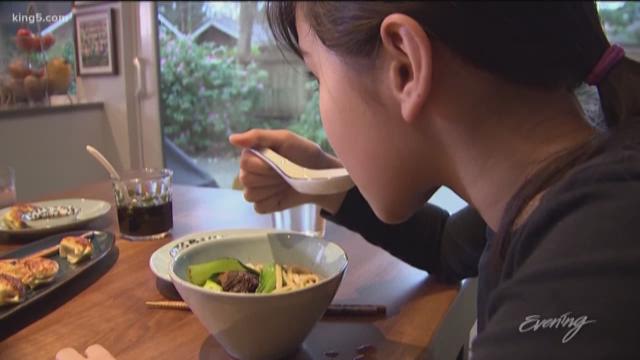 SEATTLE — "It's very accessible food, there's nothing super high end about it,” said Hsiao-Ching Chou. "I hope that my book takes the fear factor out of cooking Chinese food."

She wrote Chinese Soul Food, a collection of home cooking recipes – some of them, passed down in her own family for generations.

Chou developed her own love for food during childhood, as she "grew up" in the kitchen of her family’s restaurant.

"It is the quintessential immigrant story,” she said. “My parents were academics and professionals back in Taiwan and when we all immigrated, they couldn't do what they did and they started a restaurant."

While she never aspired to own a restaurant herself, she maintained a love for cooking and dining through college and eventually became the Food Editor at the Seattle Post-Intelligencer. More recently, she began teaching cooking classes at Hot Stove Society.

But her heart has always been in home-cooking.

"Even though everybody loves to eat Chinese food, they don't necessarily know how to make it at home and they are intimidated by a lot of the foreign ingredients,” Chou said.

She hopes the dishes will translate for generations of other families, too.

"I just want people to know that this is everyday food, and everyday food can be amazingly delicious,” she said.

Chinese Soul Food comes out January 30 and can be pre-ordered online. Chou will also host readings and book signings on February 12 at Book Larder and February 13 at Seattle Central Library.