Michael Andersen was working at the YMCA when he was recruited by South Kitsap School District to become a teacher. 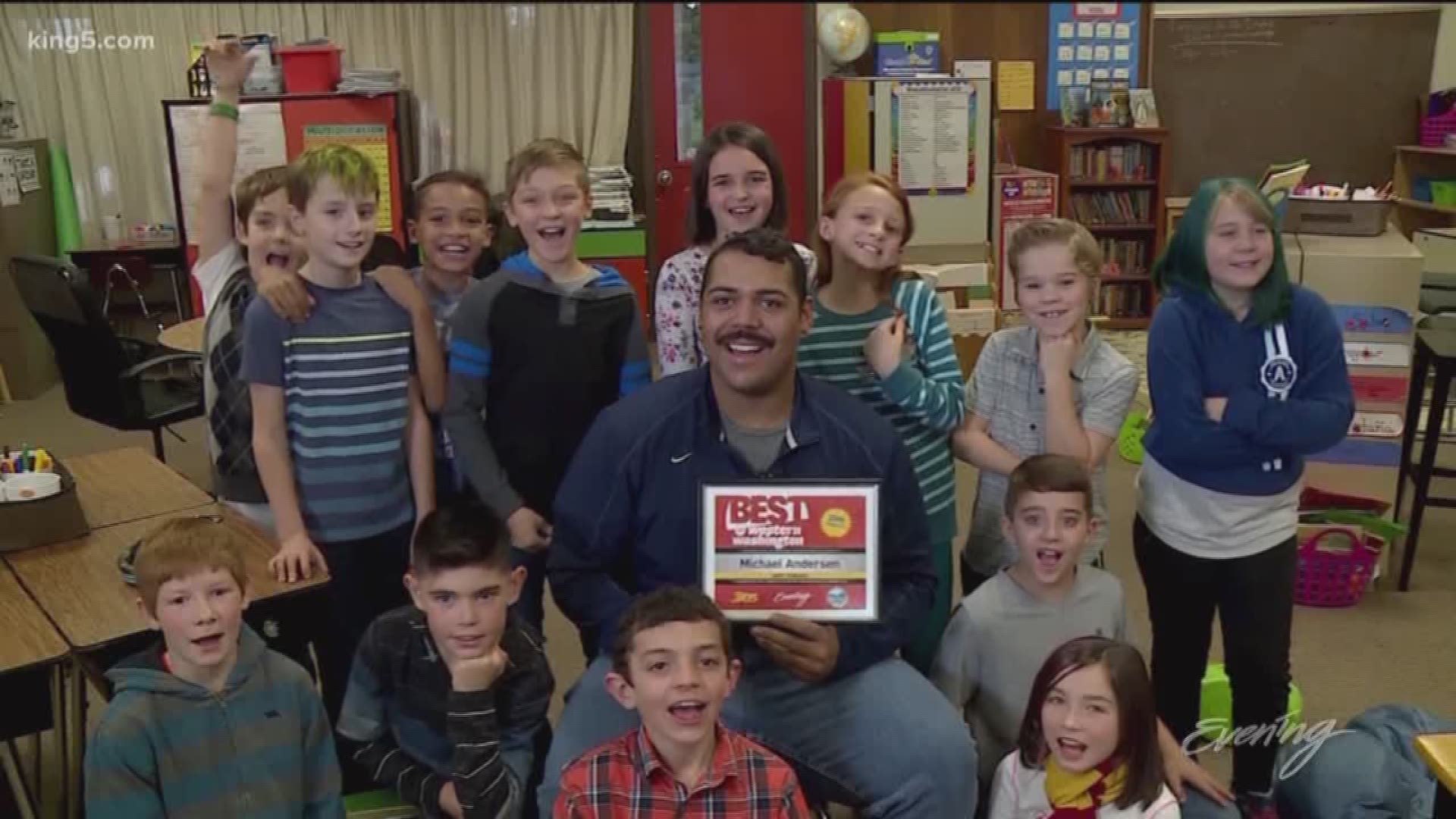 Principal Darek Grant surprised a speechless Anderson in the middle of class.

“He's really about wanting to do what is best for the kids,” said Grant. “He's having fun doing it and the kids enjoy being in his classroom.”

Andersen, a former cheerleader at Gonzaga, is only in his second year as a teacher. There are desks in Senor Andersen's class, but not long rows. That's on purpose.

“I really want to try to provide a holistic education for them,” said Andersen. “I try to make things fun, engaging, try to limit the amount of time that I'm in front of the classroom so they have a lot more time to work through problems and figure out things on their own and with each other.”