One student of Mason County carving school teacher George Kenny has garnered over 115,000 views on a carving video. #k5evening 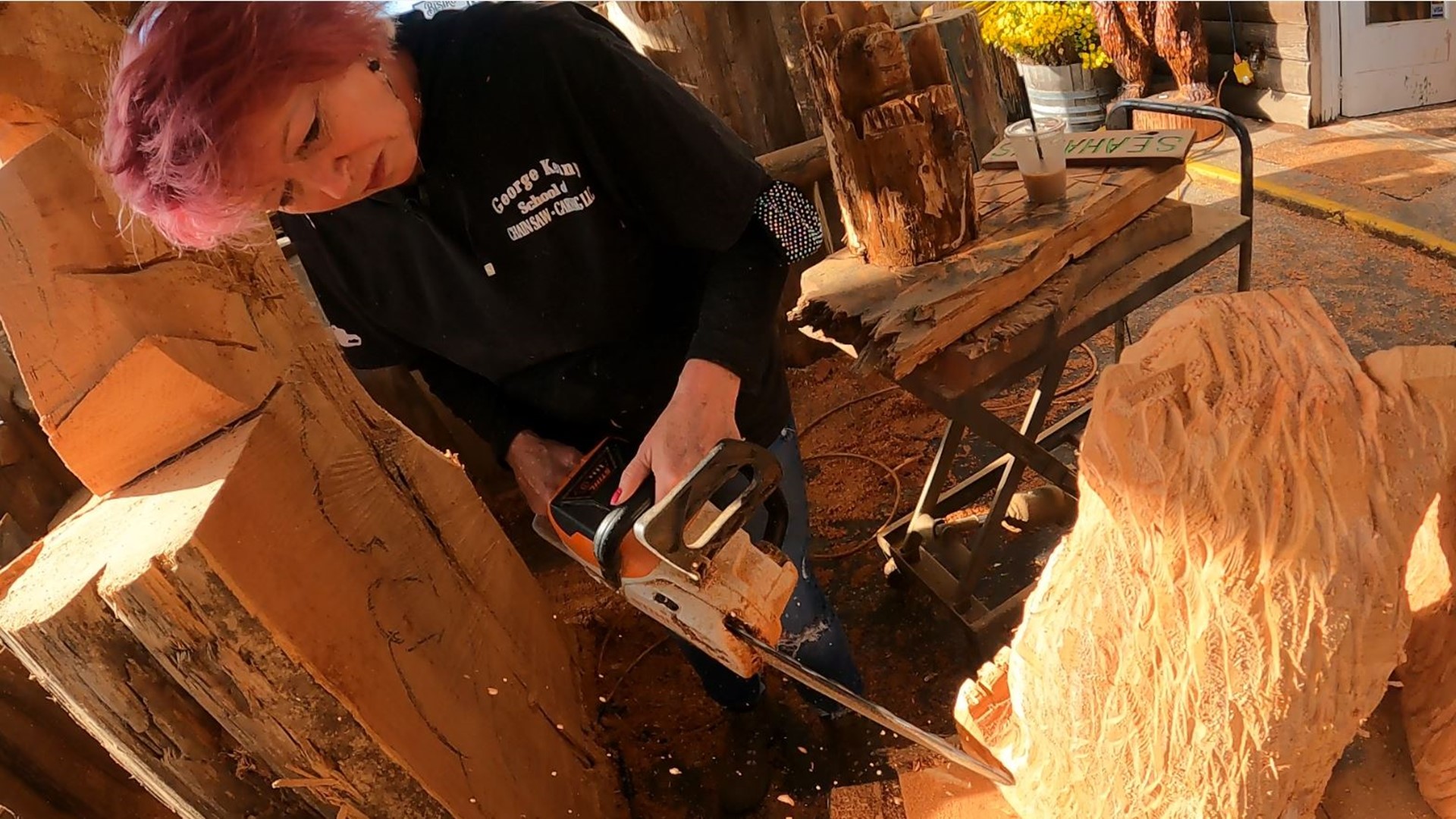 MASON COUNTY, Wash. — For nearly twenty years George Kenny has taught his chainsaw carving students that round logs can become almost anything. But they most likely hide some kind of bear.

“People have a love affair with bears,” he says.

His shop, Bear In The Box, came first. Kenny needed artists to help create sculptures he could sell, so he started a chainsaw carving school figuring his students would all be men.

"My anticipation then was it's going to be displaced loggers or landscape folks," he says.

But for every guy student, there's been a gal. Just like today. Bruce and Suzanne Anest are both taking the three-day course.

"It's always been kind of a head-scratcher about the gals coming in to take the class," says Kenny.

But he's delighted these days. Betty Weigelt took Kenny's course a year ago. Now with a battery-powered saw, she's one of three women working in Kenny's shop. And she can knock out a bear with the best of them.

"There's 15 steps to blocking out the bar and then you go from there," she explains. "All of the bears are different. You never get two that are the same."

Women like Griffon Ramsey who grew up in Oregon and has built a huge following with her pop-culture wood carvings, like one of Groot from "Guardians of the Galaxy" which accumulated over 115-thousand YouTube views in three days.

"I think people like to take something that has no value and then in a short amount of time turn it into something that is fun and neat for the yard," says Kenny.

For now, Weigelt has no plans to compete on the chainsaw carving circuit. She says she gets plenty of satisfaction just from finding the bear hiding inside the log.