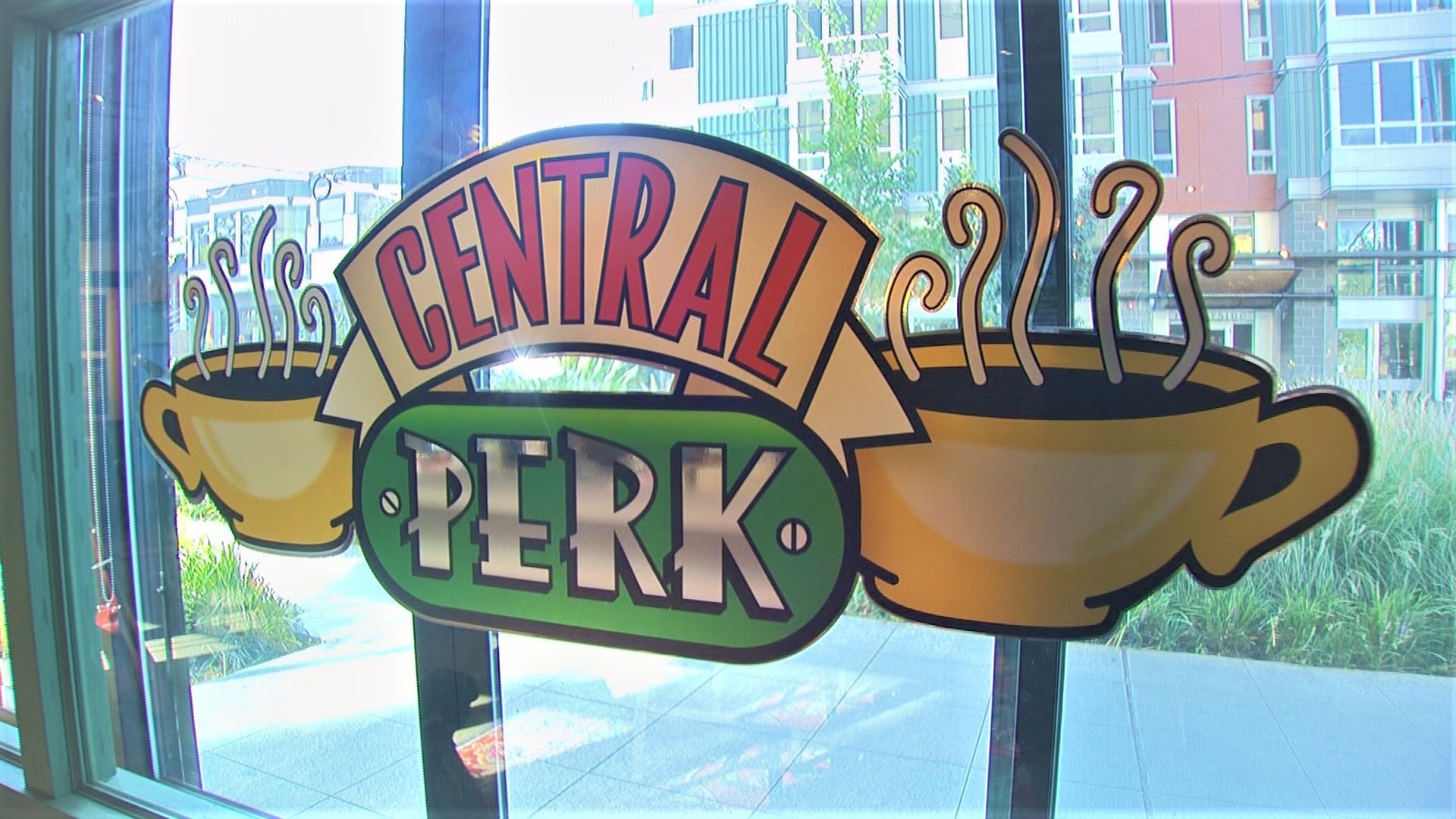 SEATTLE — In celebration of the 25th anniversary of the Friends debut, a coffee shop on Capitol Hill has transformed into a replica of Central Perk.

The Lounge by AT&T and Ada's Discovery Cafe, in partnership with Warner Bros. Television Group, launched the pop-up Sunday. It will stay open until the holidays.

"Central Perk is just iconic and recognizable,” said Morgan Collins, AT&T Vice President & General Manager of the Pacific States Market. “You see people walking by The Lounge every day taking pictures of it, posing with it - everyone wants to be a part of Central Perk.”

The pop-up includes a version of the show’s iconic orange couch where the cast often sat.

Credit: KING TV
The orange couch is a replica from the set of 'Friends.'

"Whether you watched Friends 25 years ago or you just started binge-watching it yesterday, everyone knows the orange couch,” Collins said. “You can take a seat on it, have a cup of coffee and pretend like you're in a Friends episode."

There’s also a corner of the coffee shop with a microphone and guitar, in honor of Phoebe’s Central Perk performances.

Credit: KING TV
Customers can pose like Phoebe during a Central Perk performance on 'Friends.'

Customers can test their knowledge of the show with digital trivia, or flip through a giant digital timeline of episodes.

“You can see different episodes, see what happened on those episodes and play short clips, it's pretty amazing,” Collins said.

Credit: KING TV
The digital experience at Central Perk includes a timeline of episodes, with interactive facts and clips.

The drink menu also features episodic language – for example, drip coffee is called “We Were On A Break.”

There’s also a life-size replica of the door to Monica/Rachel/Chandler’s apartment.

Credit: KING TV
If you look through the peep hole of Monica's door, you'll see the cast of 'Friends.'

“You can actually look through the peephole and see what's inside the apartment,” Collins said.

An array of Friends merch – including a hat featuring the phrase “You’re My Lobster” – is also for sale.

"Superfans of Friends and can live and experience something they've only ever seen on their screen right here in real life,” Collins said.