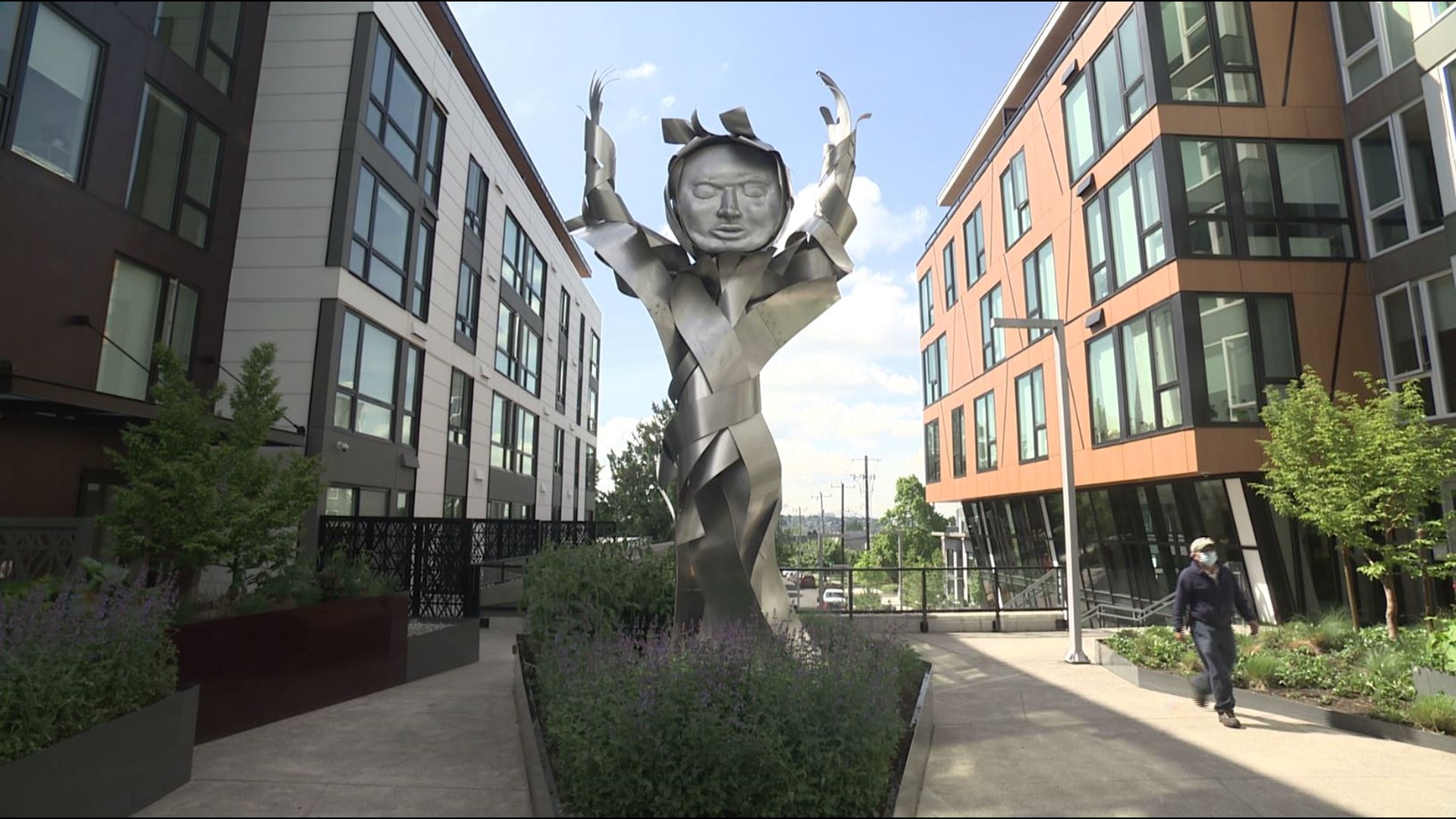 SEATTLE — In a neighborhood undergoing the stress of change and the strain of gentrification, local artists are staking their claim on the future.

"The culture, the sights, the scenes," said arts consultant Leilani Lewis, who helped shape the direction of the new Jackson Apartments 'Artwalk,' a collection of public pieces in the heart of the Central District.

More than a dozen neighborhood artists were commissioned to create work that reflects the area's cultural heritage.

Lewis said, "Lots of people from all different backgrounds and identities."

RELATED: An oasis of art in a neighborhood under stress

Jackson Street artist and musician, Paul Rucker, created a sculpture that resembles a massive record player, with historic names of musicians and venues etched into marble.

"Saying the names of the people who were here," Lewis explained, "that made this place what it is, and why it was so attractive for people to come and stay and live."

One piece, called 'Winds of Change: We Are Still Here,' by local artists Marita Dingus and Preston Hampton, tells a story of strength and resilience in the face of an ever-changing neighborhood.

"How can we exist in this space together?" Lewis said.

It's a place where stories will live on.

"This isn't a museum to a culture or a community past," Lewis said, "This is an ode to the people who are here now and the people who are coming in the future, that may or may not look like us. But they will know our culture and they will know how we wanted to represent ourselves because we put our work in there, we put our artwork in there and made it beautiful, made it a home for us."