From Tacoma to Seattle, here are four restaurants serving must-try nachos -- including a vegan option! 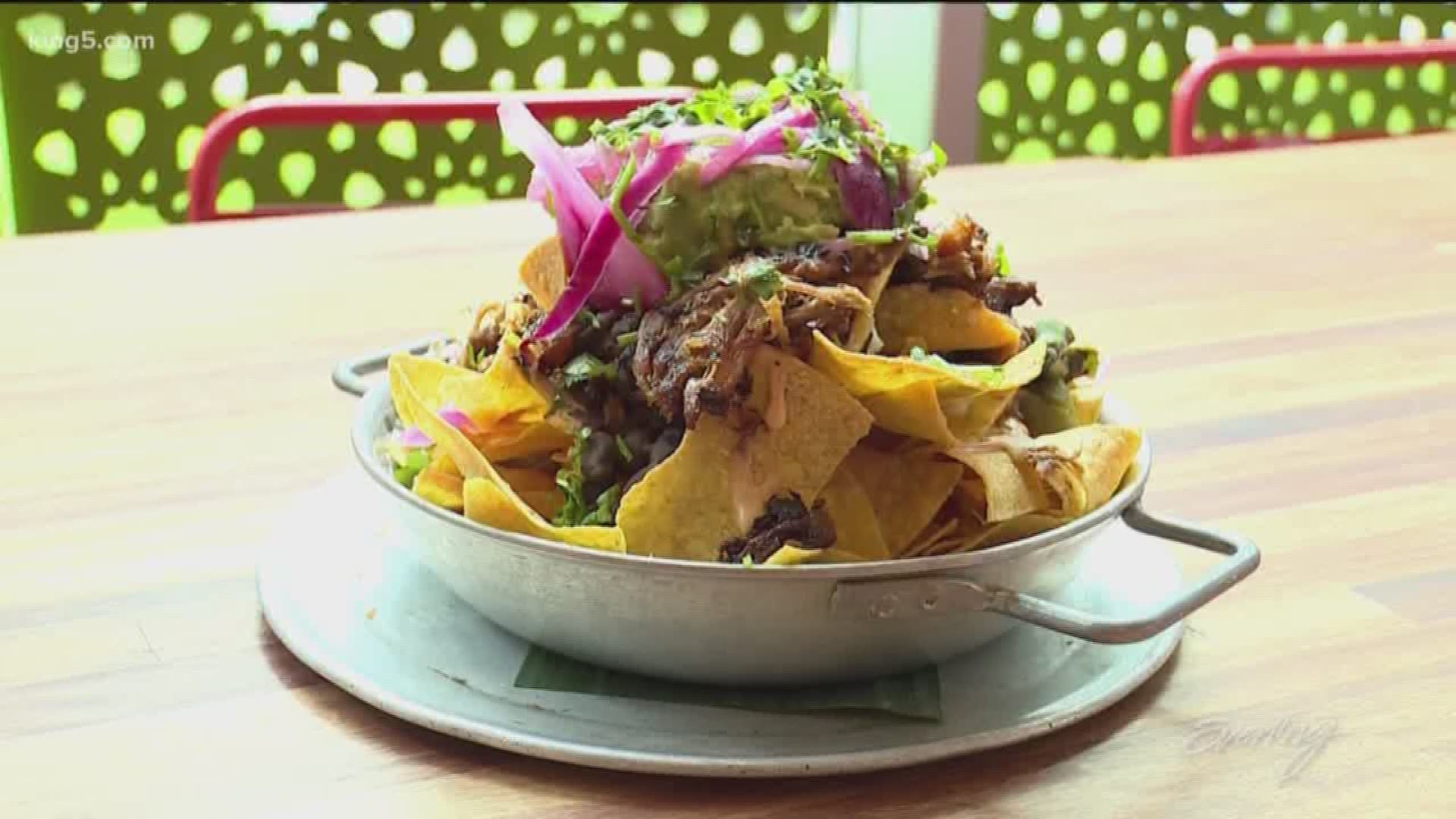 Next-level nachos aren't hard to find, if you know where to look.

Here’s a round-up of some of the best options in the Puget Sound:

But what makes them truly special is the assembly.

"It's all about the layering,” said Chef Kyle Johnson. “You want to put plenty of cheese and plenty of goodies on the inside so it's a surprise - it's the gift that keeps on giving as you eat it."

If you can't do dairy, this new spot in Wallingford has you covered with their vegan nachos.

Made with smooth and creamy cashew queso, fresh tortilla chips, pickled jalapenos and pico de gallo, vegan nachos have the kick and authenticity of traditional ones. If you're extra hungry, add some vegan chorizo.

"People love it, and a lot of people who are not vegans get it because it's that good,” said Chef Oscar Monroy.

This longtime Ballard watering hole was one of the first eateries to corner the market on “totchos” – nachos made with tater tots. The "World Famous Flatliner" has been on the menu for more than a decade - an intimidating but enticing platter of potatoes, cheese, and toppings.

If you’re craving totchos in the South Sound, head to this Tacoma establishment Esquire named one of the “best bars in America.” Their totchos are known as "Irish Nachos," and come with “generous amounts of bacon.”