Dozens of flat cat fans have taken over the stands at this season's Mariners games. 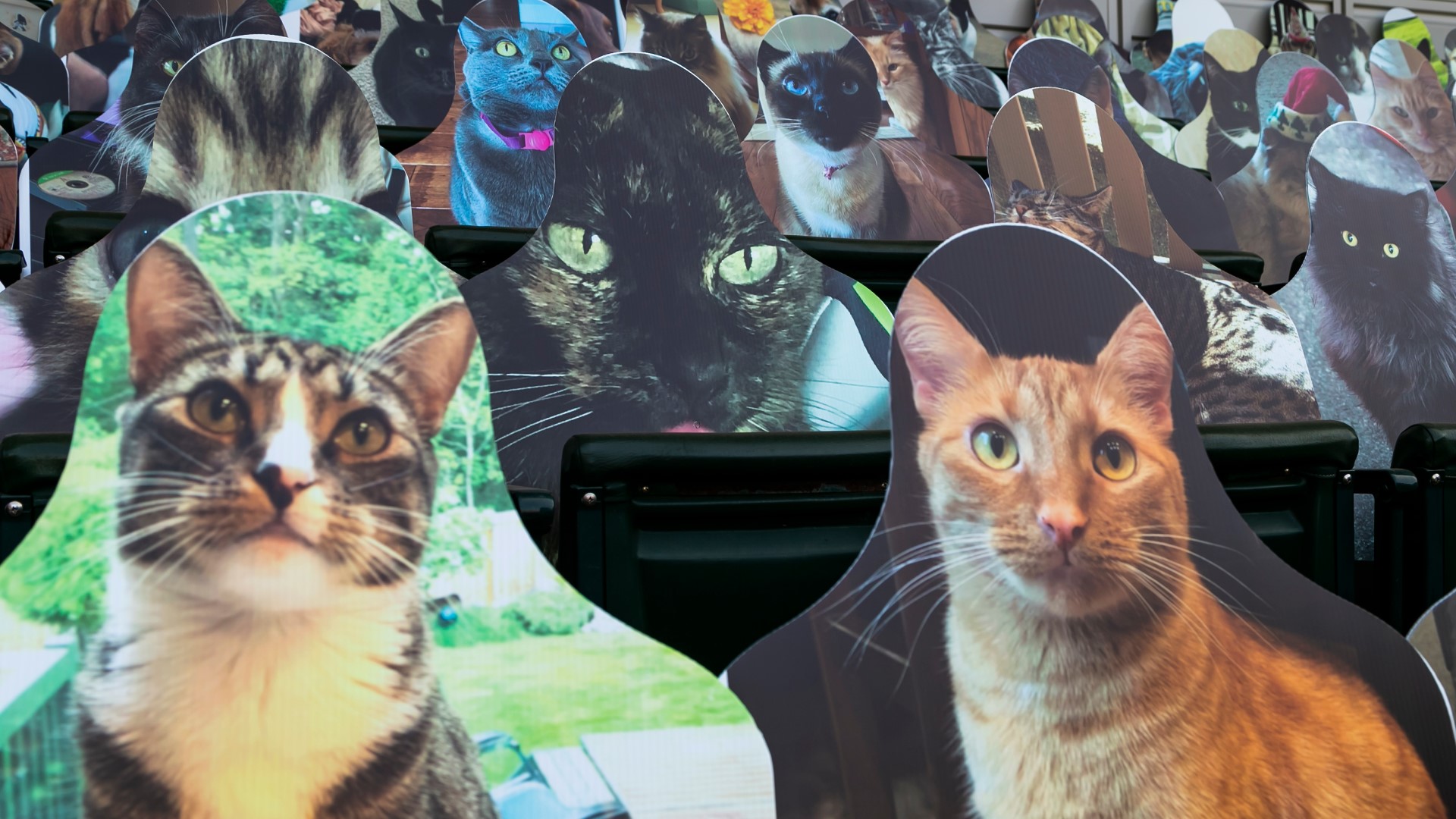 SEATTLE — Crowd-free T-Mobile Park is actually far from empty. Thousands of fans are here in spirit, and corrugated cutout, to cheer on the Mariners. But the occupants of Section 221 look a little, well, furry. That’s because every seat in this kitty corner is occupied by a family member from the Cats of Bothell Facebook group, through the Mariners' 'Seat Fleet' program, which allows fans to upload photos of themselves (or their pets) to be printed out and placed in a stadium seat for the season.

The inspiration came from one of the group’s members, Son Bauer-Lane. Around the start of the pandemic, Bauer-Lane and her family were mourning the loss of their beloved cat, Herman, after a long illness.

"The fight was over," she said.

Then, less than two weeks later, they suffered a second blow with the unexpected death of Herman's cat pal, Theo.

"He had an Ikea doll bed that was his favorite thing in the whole wide world."

It was almost too much to bear.

"There were a lot of tears," Bauer-Lane said.

She took her grief and put it to something good.

"I try often to turn a negative into a positive."

Bauer-Lane rallied the Cats of Bothell group to mark their territory in the stands at T-Mobile Park.

RELATED: Take yourself to the ball game with a Mariners 'Seat Fleet' cardboard cutout

Who knows what kind of conversations are going on in the stands these days.

Bauer-Lane said, "I suspect they’re probably comparing notes about what foods they get: ‘I get gushy food.’ ‘What? You get gushy food? Well I get these treats. You get all the treats?’"

These season tickets were just 30 bucks a seat, with a portion of the proceeds going to help those affected by Covid in Washington State. So, during these troubled times, just remember the feline fans off the first base line, keeping the spirit of baseball and goodness alive.

"Turn the negative into a positive."