Inside this retail marijuana shop in Seattle's Belltown neighborhood, an unlikely union unfolds between lovers of cannabis and canines from Emerald City Pet Rescue. 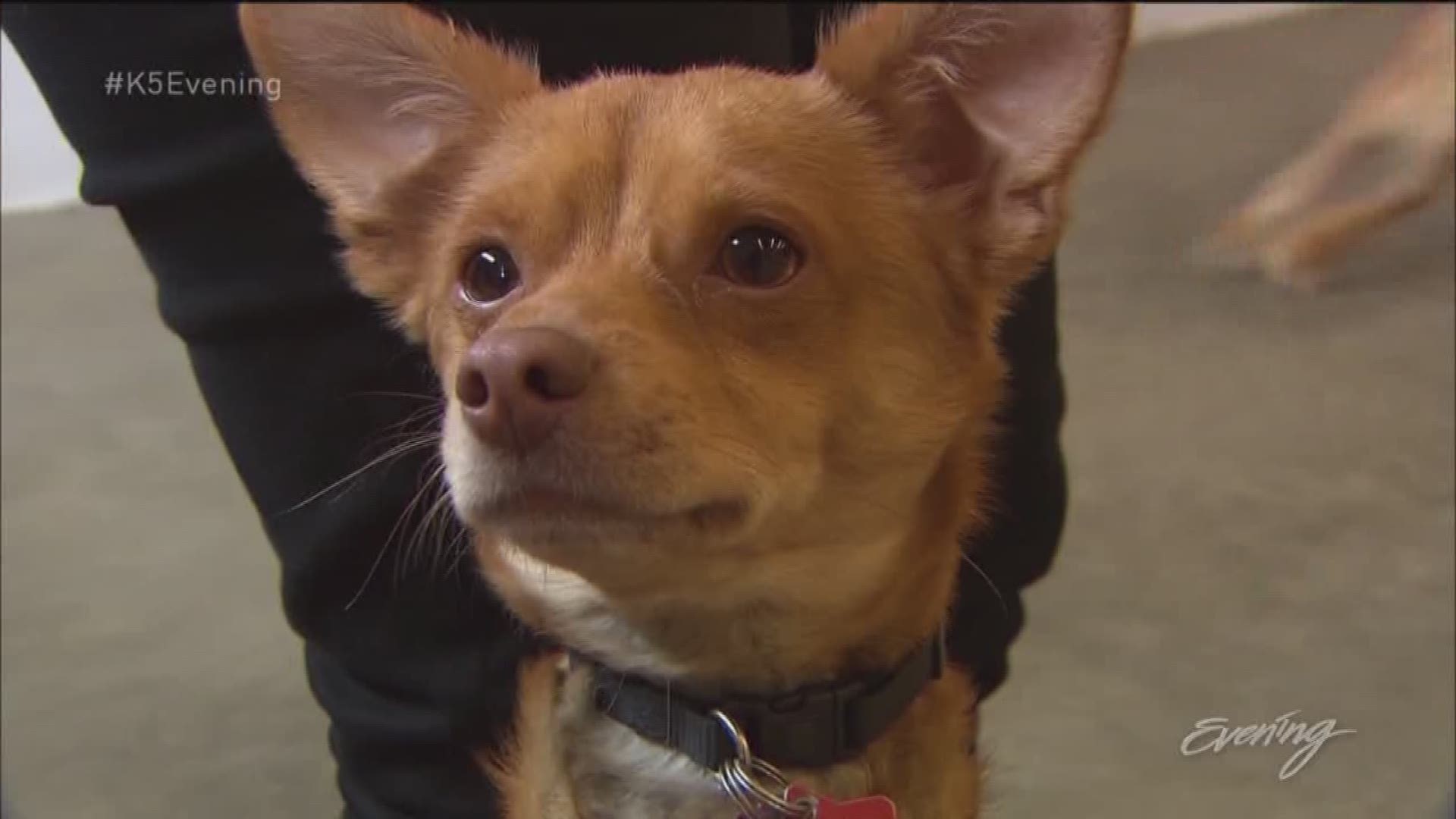 Inside this retail marijuana shop in Seattle's Belltown neighborhood, an unlikely union unfolds between lovers of cannabis and canines from Emerald City Pet Rescue.

"If I didn't already have two at home, he would be coming home with me. He's so sweet, he's so calm and gentle!" said a shopper cradling a pup that’s up for adoption.

"We wanted to make sure that our company was giving back somehow,” said co-founder Mike Mercer.

When he first tried to donate a percentage of Soulshine’s profits to charity, he couldn't find a taker because his company's money comes from marijuana.

"Everybody was okay [with] wanting to take the money, but very few people wanted to connect themselves to a cannabis company,” Mercer said.

Soulshine Cannabis wanted to donate to an animal charity -- because there is a pet and pot connection, according to Mercer.

"It's interesting, one out of every two people that go into a cannabis retail store owns a pet."

But this Renton-based cannabis company couldn't give their money away: One operation that was considering a partnership with it had a board member threaten to never donate money again if it took donations from Soulshine.

But Seattle's Emerald City Pet Rescue had no qualms about accepting money from marijuana sales.

"Anyone that wants to support these guys and help rehabilitate these guys and get them ready for their forever homes, you can't really say no to that!" Vanessa Cason of Emerald City Pet Rescue said with an adoptable dog named Otis in her arms.

Soulshine donates 1 percent of their gross retail sales to Emerald City -- but the relationship goes far beyond that:

“They've been amazing," said Carson. "Not only do they make significant donations, but they help out with events, fundraisers, and we get to help them out with vendor days around the city at various shops."

At a vendor day at Have a Heart, a retail cannabis shop in Seattle’s Belltown, it was clear pot lovers are also pet lovers, and shoppers played with adoptable rescue dogs from Emerald City Pet Rescue and browsed a huge selection of cannabis products.

Soulshine hopes other companies will follow their lead and consider growing cannabis for a cause.

"My background was in mortgage banking for 18 years, so to wake up and come to work and deal with plants, to deal with cool creative tasks and opportunities, and deal with Emerald City Pet Rescue and animals and all that, it's pretty fun,” Mercer said.