Canada's first pod hotel set to open in Whistler, BC

Want to spend your money in Whistler besides where you sleep? Check out Canada's first pod hotel. 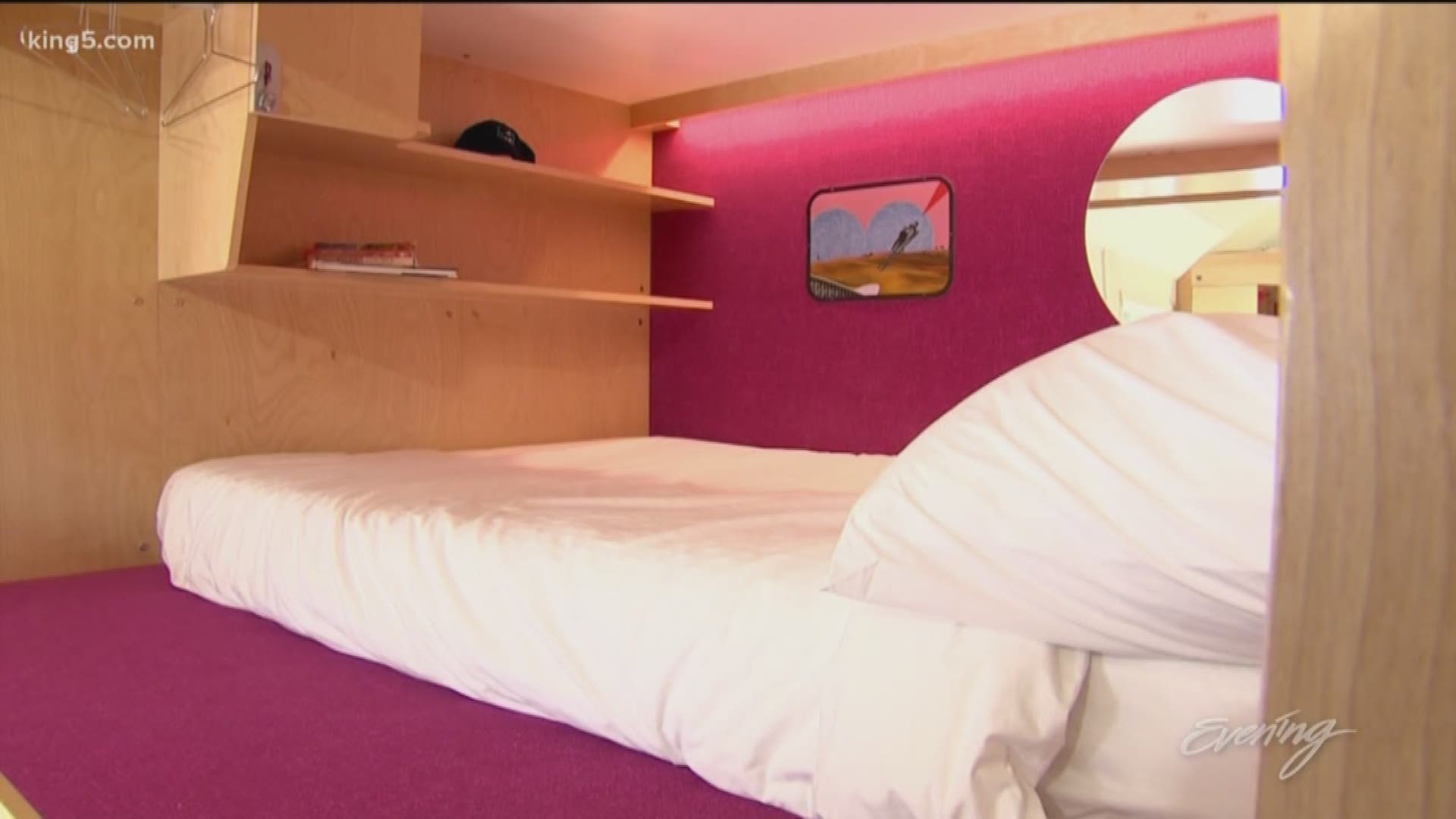 WHISTLER, BC — If you're looking to save cash on accommodations in Whistler, you may want to consider thinking small.

"We want you to come and feel like you're paying for a very small amount of space but that space is amazing." Said Russell Kling co-founder of Pangea Pod Hotel.

Located in the heart of Whistler Village, the pod hotel is the first of its kind in all of Canada.

"We have 88 pods in the building. The smallest pod is around low 30's, the largest pods are around 40 in just interior square footage of that actual pod."

They may be small, but each comes well appointed.

"All of our pods have a double mattress. We have a lock box over here your valuables. Hanging space for whatever you need to hang. There's artwork in each of the pods."

Unlike a hostel, the bathrooms are close by and laid out by need. There's also a super-stylish communal area called, The Living Room, and a playful place to stow all your stuff.

"We have a gear storage area called the Toy Box. Bikes in summer, boards, and skis in winter."

So if you'd rather spend your money on playing rather than sleeping, Pangea Pod Hotel is one place size doesn't matter.

The hotel is set to open in August. You'll be able to pick up a private pod for less than a hundred bucks a night, but it will cost you more during peak periods.