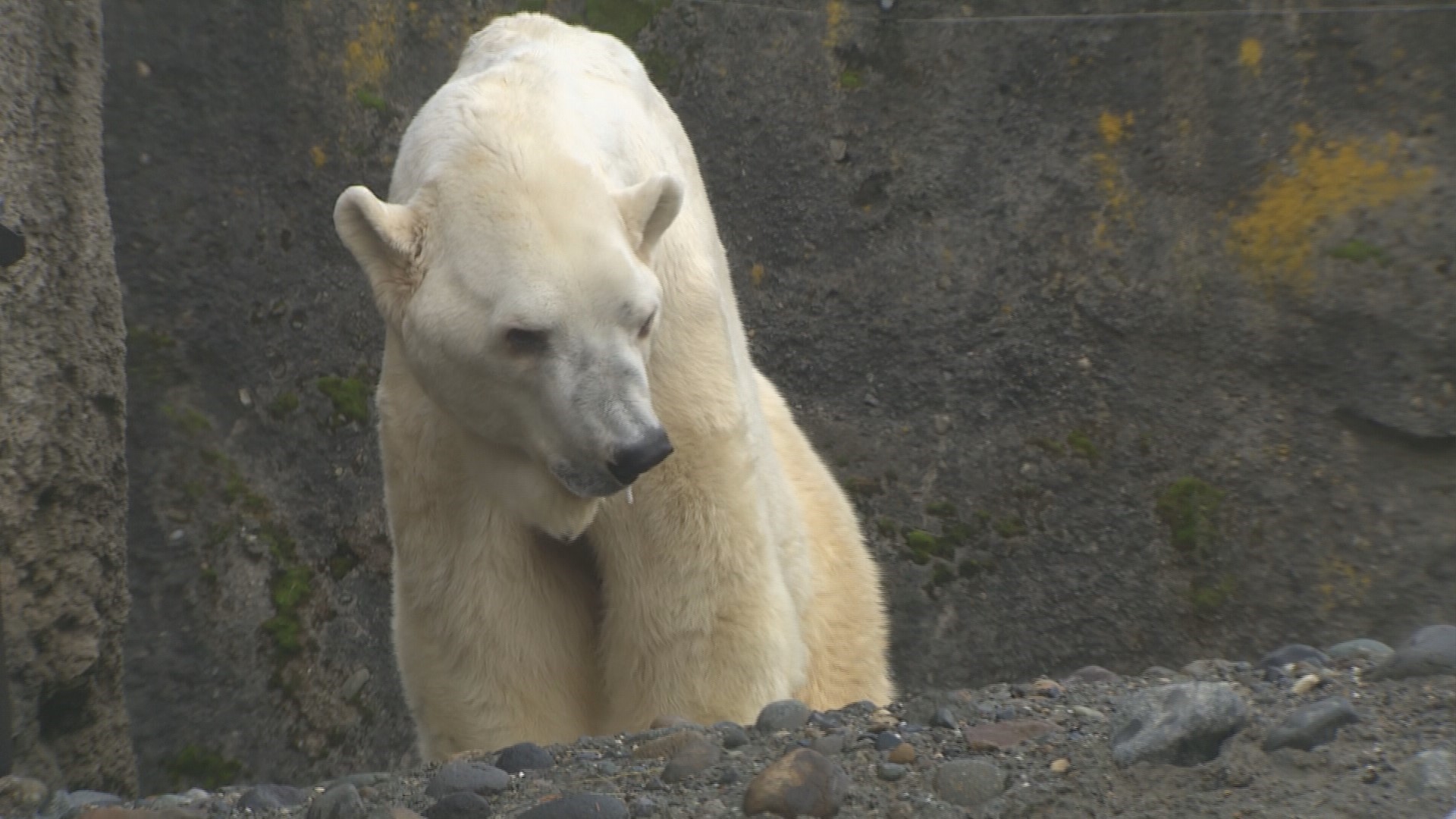 TACOMA, Wash — Meet one of the South Sound's most popular residents, Boris.

"He pretty much gets anything he wants as far as we're concerned," says Point Defiance Zoo and Aquarium Staff Biologist Cindy Roberts.

He is also its most senior citizen, at least in polar bear years. In fact, at the age of 34, he's almost certainly the oldest male polar bear in the world. Born in an East German zoo, he was eventually sold to a Mexican circus before being rescued in 2002.

"He's been living out his retirement here ever since," Roberts says.

RELATED: Paul Souders is hunting for polar bears ... with a camera

In the wild, polar bears live to their mid-20s. Here, a bear-friendly habitat and healthy diet help camera-shy Boris and his roommate, Blizzard, stay fit.

"We try to give him ice and ice treats and everything we can to recreate bringing out those naturalistic behaviors," Roberts says. "We do all kinds of enrichment for these guys."

They also benefit from top-level medical care, such as a stem cell treatment Boris received for his arthritis. But make no mistake, these are dangerous wild animals.

"Expect them to stalk you," says Roberts. "We never go in with our bears. We do what's called 'protected contact,' so there's always a barrier between us and them."

This former circus star is slowing down and retreating from the spotlight. He increasingly likes his 'alone time' inside his den, which makes the reward of a 'Boris sighting' all the more exciting for patient visitors.

But whether he realizes it or not, the world's oldest male polar bear is surrounded by friends.

"We go to any lengths possible to make sure he's comfortable."