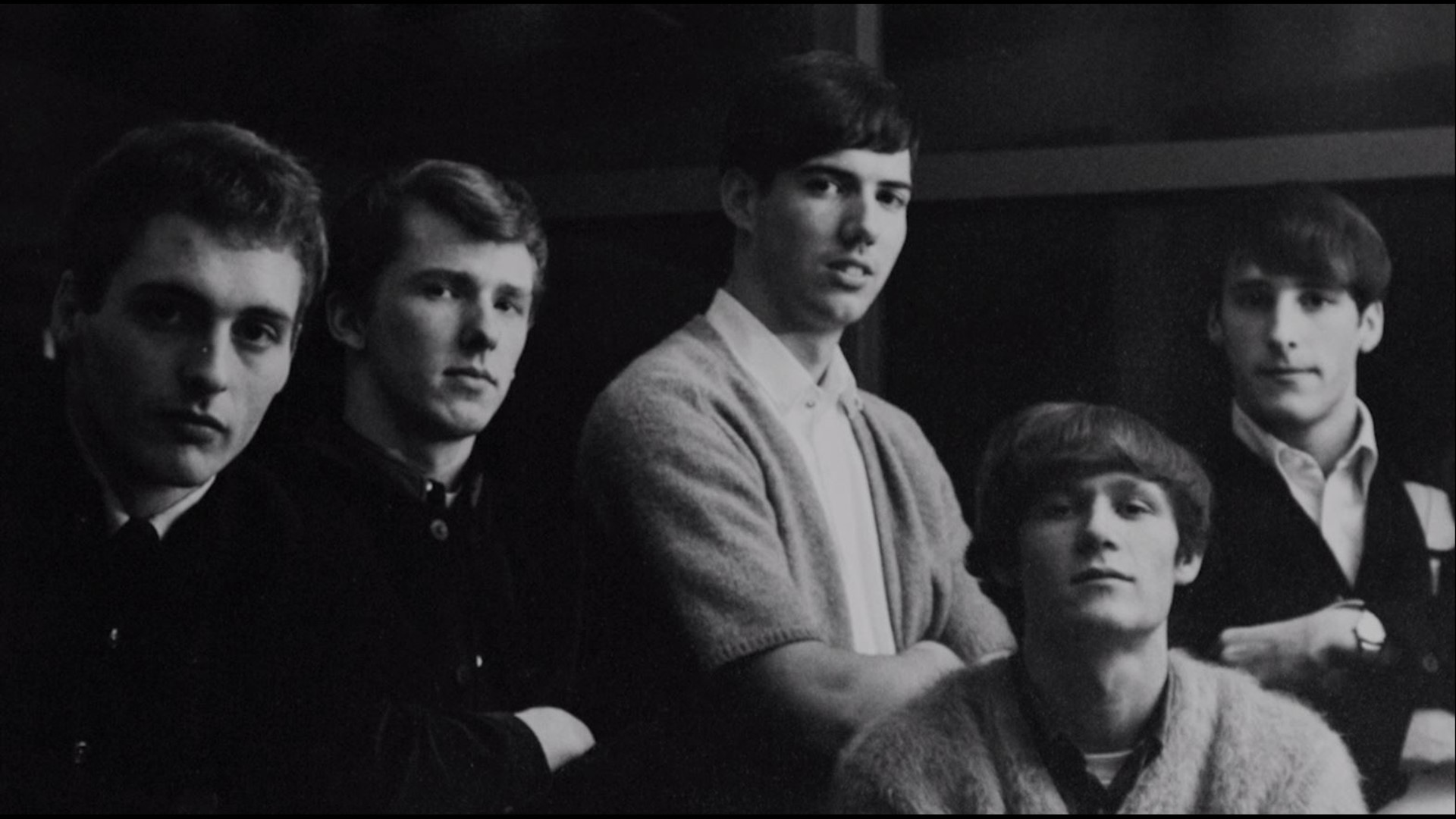 TACOMA, Wash. — In his documentary "Boom: A film about The Sonics",  Whidbey Island's Jordan Albertsen describes how his dad left a copy of The Sonics' second album at his door.

"The first song on the album is Cinderella," says Albertsen. "And I'll never forget the opening of the song. Just the tone and the sound and it was like the coolest thing I ever heard."

And that is how a lifelong obsession with the Tacoma band began. The Sonics only recorded three albums, all just regional hits, before breaking up.

"To me, they didn't seem like an obscure band," he says. "It felt like something that should be everywhere".

Teaming up with Sonics producer Buck Ormsby of the Wailers,  Albertsen spent eight years fruitlessly trying to get interviews and financing for the documentary. It was only after Ormsby had died in 2017 and Jordan had given up, that he ran into Pearl Jam's Mike McCready in a Montana sushi restaurant.

"And he was like, 'Oh well cool, I'll be in your movie and then he pulled out his cellphone and said well who else are you trying to get in touch with? Nancy Wilson?' Called Nancy right on the spot," Albertsen recalls. "So the film had a fire under it all of a sudden and I had a fire under me to get this done."

It's a film about teenage friends who played together until it stopped being fun.
Guitarist Larry Parypa went into insurance. His bassist brother Andy became a teacher. Sax player Rob Lind became a commercial airline pilot.

Albertsen says Lind had kind of an amazing story where he had Bruce Springsteen on the plane and Bruce was like, "Oh My God you're Rob Lind from The Sonics?"

Over the decades the legend of The Sonics grew. Their reunion shows play to sold-out audiences. Something that still surprises the two original members who showed up at the Gig Harbor Film Festival screening of Boom.

"All of us are impressed by the fact that people still remember who we are," says Andy Parypa.

"Boom: A film about The Sonics" is still playing the film festival circuit. Albertsen hopes it will soon be available for streaming.