Bobae in Woodinville is one of the few bubble tea shops that doesn't use any artificial powders or syrups- almost everything is made in house. #k5evening 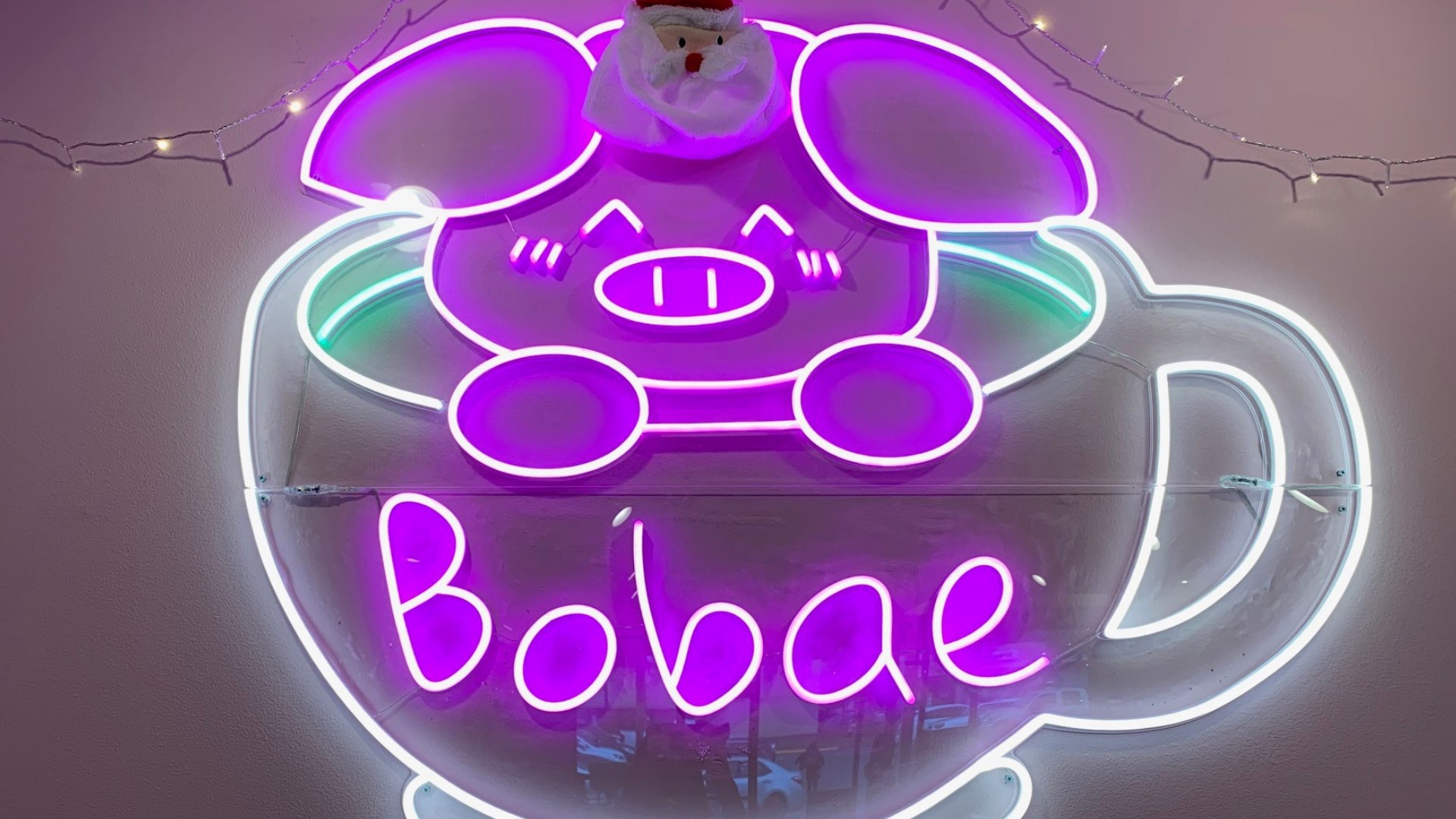 WOODINVILLE, Wash. — Disclaimer: This episode is an encore presentation of KING 5's Evening.

Bobae Coffee and Tea in Woodinville is a true passion project for owners Karma Lee, Joey Lee and Vy Tang. Every part of the cafe experience- from right when the customer walks in, to the drink hand-off- is inspired by the three owners' appreciation for the story behind each type of tea and coffee.

"The whole thing about this whole experience in our cafe is you walk in and pick up your tea, but at the pick up station, we tell you more about the tea while you're picking it up," Karma Lee says.

Bobae is unique in that they use no artificial powders or syrups for their drinks. The lavender syrup they use for their lavender lattes and lavender lemonade is brewed in-house for more than three hours a day. They hand-infuse each nitro bubble tea with nitrogen, making their nitro drinks smooth and creamy.

Each of their teas are batch-brewed every morning, and the owners can trace every single tea they serve back to its origins. Their high-grade "bae" tea, for example, comes from Italy- real Earl Gray tea infused with only bergamot, rather than both bergamot and lavender, which occurs in many less quality versions of Earl Gray.

"We wanted to bring that cultural aspect of tea and coffee and talk about origins," Lee says.

They even encourage customers to smell sample jars of their teas, because...

Credit: KING 5
Bobae Coffee & Tea is passionate about sourcing their coffee and tea

For the three owners, Bobae is also a way to promote and uplift other female entrepreneurs who want to start their own businesses.

"We want to encourage other minority females to take the step, take the leap of faith, and take on entrepreneurship," Lee says.

And the name Bobae has meaning in itself- in Chinese and Korean, bobae means treasure.

"We want to bring back to the community little nuggets of treasure and share that with them," Karma says.