You can eat boba ice cream in Woodinville 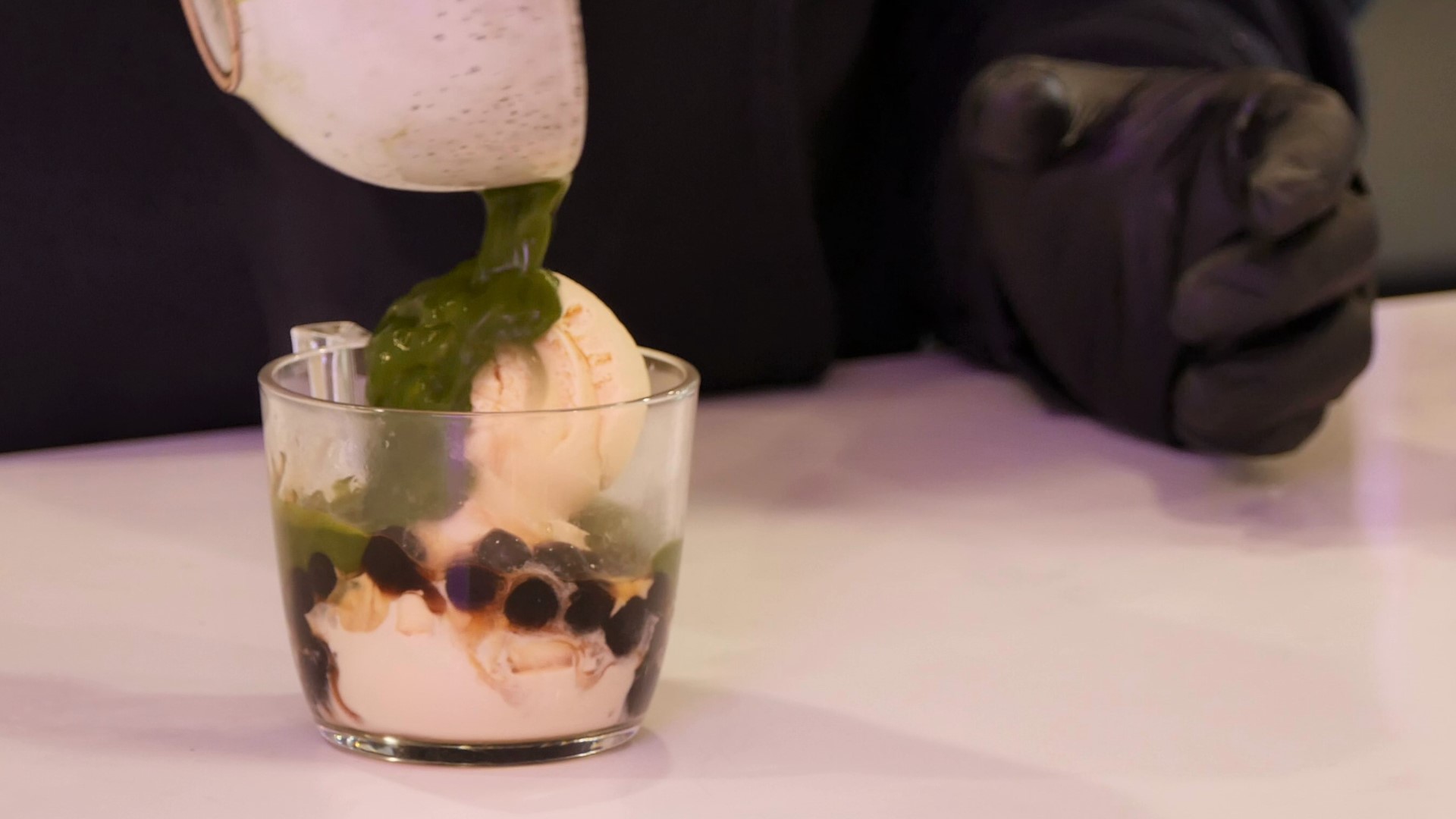 WOODINVILLE, Wash. — Bobae Coffee & Tea in Woodinville does bubble tea and boba donuts, but they don't stop there. If you can't decide between a drink and a frozen treat, you don't have to! Bobae serves boba ice cream.

Bobae combines soft serve with unique flavors, like their sundae called Bo's Japan Trip - complete with boba and ceremonial matcha for a delicious combination. There's also Bo's First Girlfriend, with a generous helping of strawberry jam. No idea who Bo's first girlfriend was, though!

The secret to Bobae's ice cream is that their boba is made in-house, and kept hot throughout the day.

"Our boba are a lot softer than most, and so it's not going to have that bouncy texture you usually have in chemical boba," says Lee.

There's the options to mix and match toppings, as well. Ice cream plus boba equals a very creative dessert. It's a winning combo that's unexpected but utterly delicious.