Audiences will fall in love with Timon and Pumbaa all over again thanks to Eichner and Rogen's on-screen chemistry. Travel and accommodations provided by Disney. 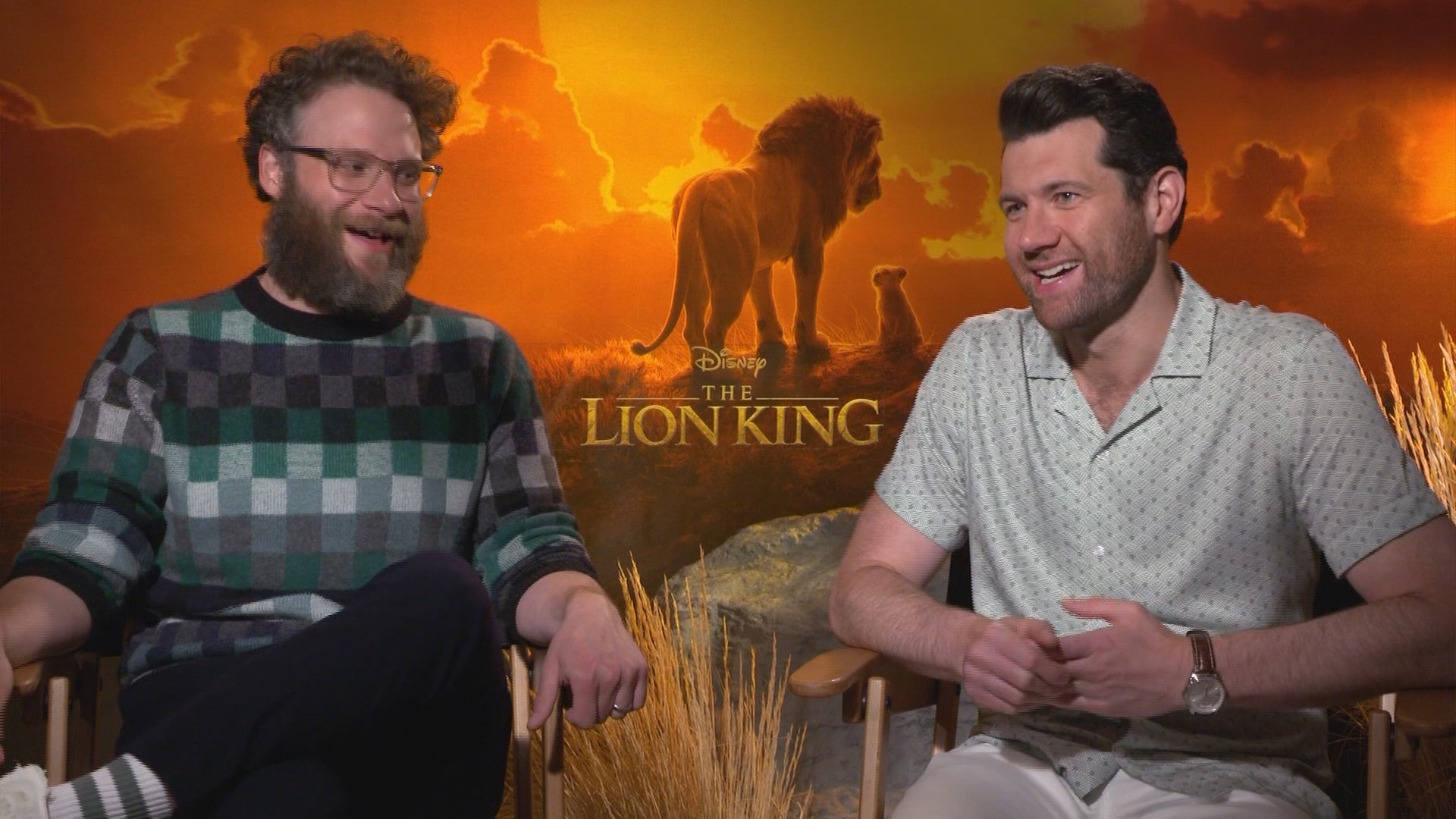 LOS ANGELES — Billy Eichner and Seth Rogen's paths had crossed previously when they worked together on Eichner's segment, "Billy on the Street", a quick-thinking, hilarious game show based on the streets of New York.

"Seth was hidden behind our camera and I went up to people and told people that he had died recently to get their reactions," said Eichner. "But then we surprised them with the good news that he was alive."

"The good news to some people. The completely benign news to other people," added Rogen.

Their chemistry was palpable then in 2016, just as much as it is now. Eichner and Rogen were cast as Timon and Pumbaa in Disney's live-action remake of The Lion King.

Credit: Disney
Timon (R) and Pumbaa (L) get a whole new look in the live-action remake of The Lion King.

Introduced to audiences in 1994, Timon and Pumbaa are the beloved meerkat and warthog duo, who provide comedic relief and friendship to the main character Simba throughout the film.

"I do think that's one of the things that is so endearing about the characters, honestly, is how physically comfortable they are with one another," said Rogen. "[Timon] seems very entitled to [Pumbaa's] physical space in a way that my character's totally okay with, which I think is adorable."

The Lion King is available now on digital and DVD.