Bike and scooter sharing is keeping Seattle on a roll

Every Lime bike and scooter gets a regular checkup at this Georgetown warehouse. #k5evening 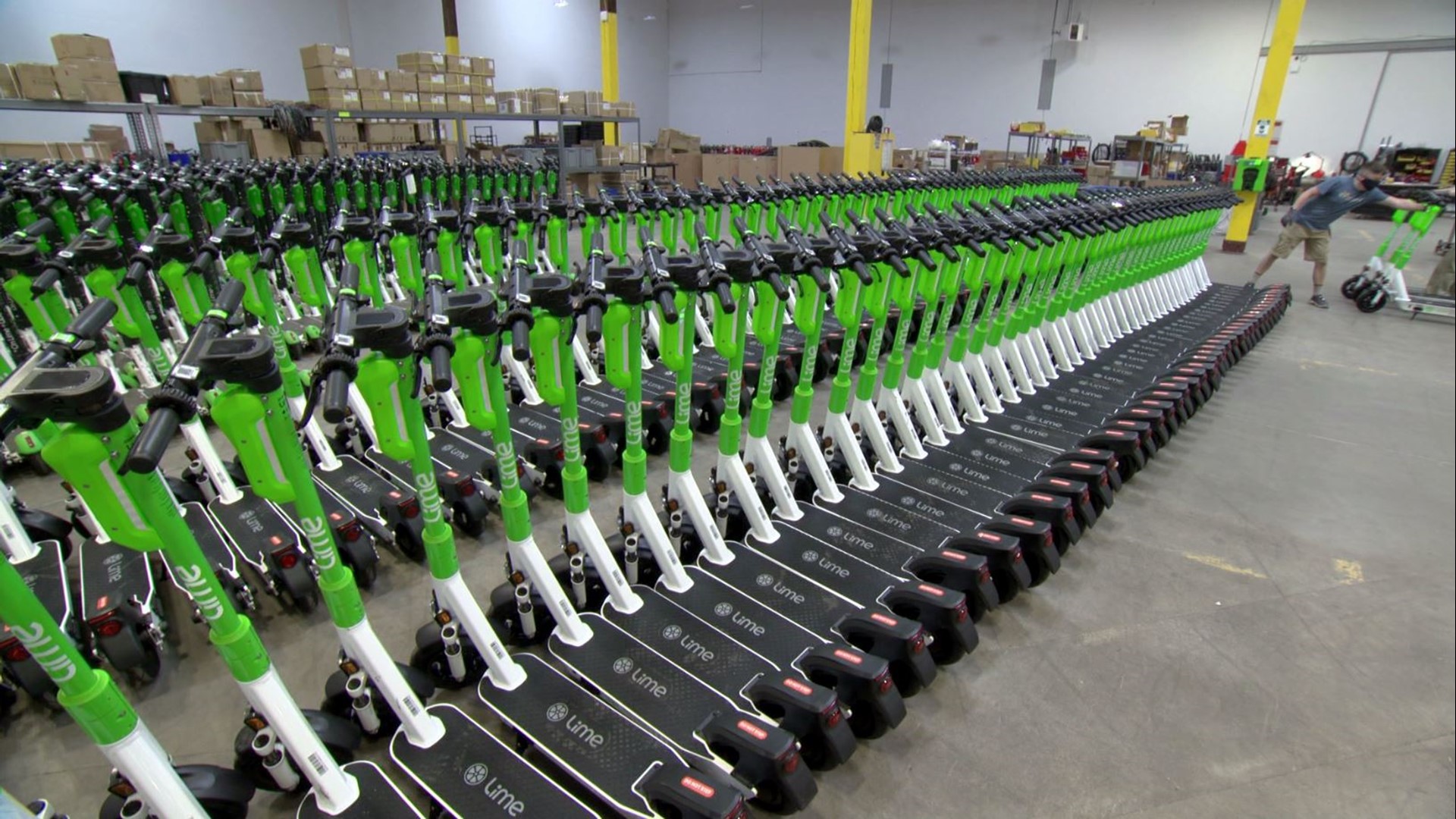 SEATTLE — Your ride is here. And practically everywhere.

"We operate 2,000 scooters and 2,000 bikes in the city of Seattle," Ryan Gaschel, local mechanic lead for the Lime app said.

Lime is now the world's largest micromobility company in the world. So it's quite a chore to keep track of all those scooters and bikes.

He and the others who keep Lime vehicles revved up and ready to go operate out of a Georgetown warehouse.

Gaschel oversees every Lime scooter and bike in Seattle as they're inspected, charged, and 'rebalanced.' That's what they call the process of locating where there are too many vehicles and moving them to where they're needed. It's all done by reading the vehicles' GPS locators and feeding those locations into a complex algorithm.

"Looking at where trips are ending, where trips are starting, and those deployment zones continue to evolve over time," said Jonathan Hopkins, regional director of strategic development.

Hopkins said, "About 40 percent of those trips would be people in their car."

But to keep Seattle scooter and bike-friendly, riders need to play by the rules.

"Park them next to the curb," Hopkins said, "not in front of fire hydrants and bus stops."

Keep the vehicles out of crosswalks, and help out by reporting when you see them parked incorrectly.

"There's places that they might find vehicles where they're not supposed to be," Gaschel said.

Places such as trees, lakes, and people's backyards.

Hopkins said, "Most of the most insane efforts that people made were when these were really a big novelty in 2017.  And when they were lighter."

Take good care of your ride. And rest assured these dedicated mechanics will, too.

"To help people have mobility around the city in a way that suits them," Hopkins said.