This bicycling bird is the star of West Seattle

Mary Gringo started biking around West Seattle with her macaw, Lago, during the pandemic — and Lago now has hundreds of fans. #k5evening 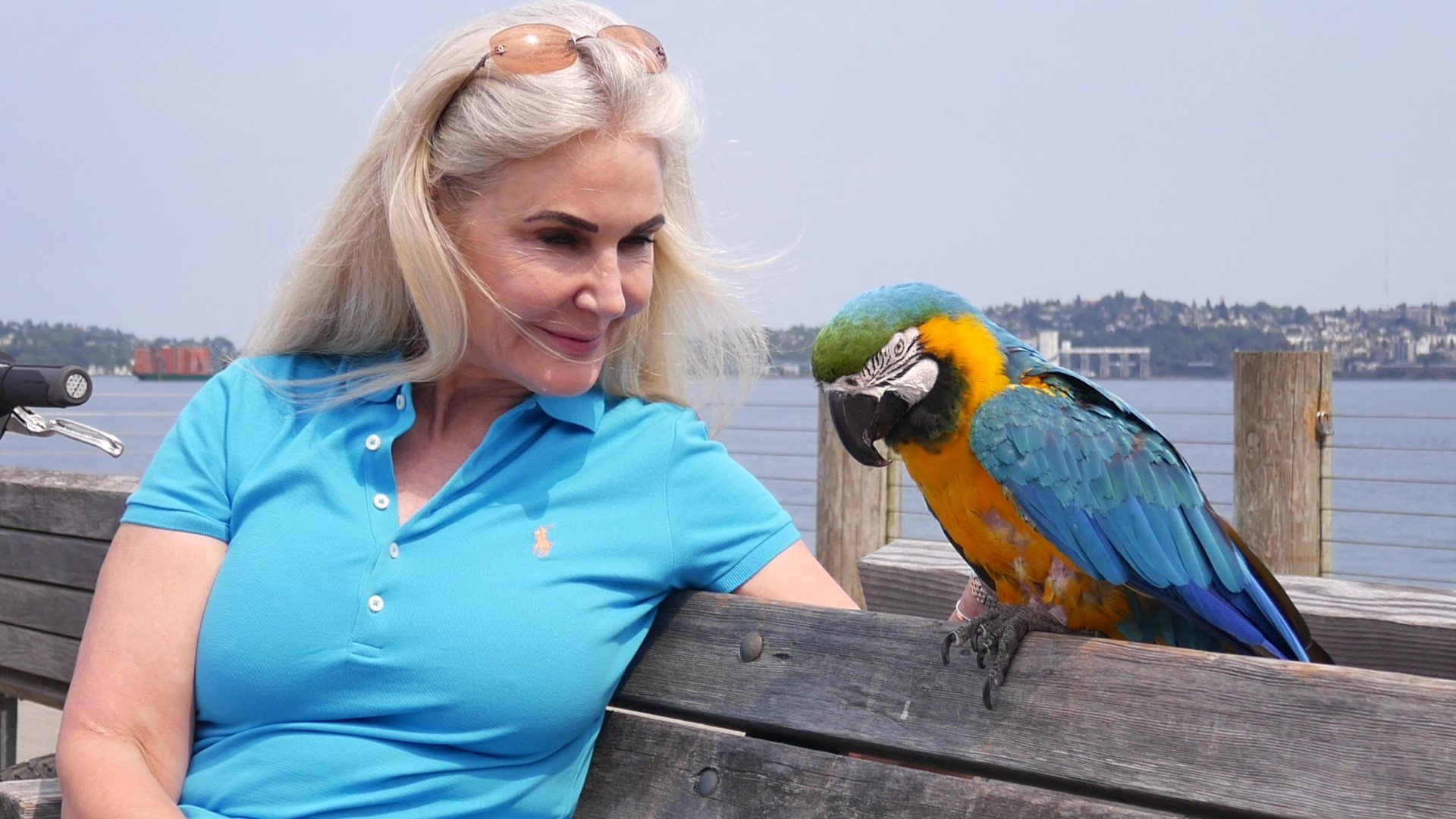 SEATTLE — Lago the macaw is arguably the most popular guy in West Seattle.

Mary Gringo and Lago met about 35 years ago, when Gringo was living on a sailboat and made a stop in Florida. She visited a place called Parrot Jungle and saw a group of amazing macaws - but one caught her eye.

"Oh my gosh, that is my bird," Gringo laughs.

And more than three decades later, Gringo and Lago are still best friends, living in West Seattle. Her home is decorated with paintings, sculptures and statues of blue and golden macaws - the type of macaw that Lago is.

"He is just the best," Gringo says. "He's just my bud. He loves to come outside. He is incredibly loving, loves to be petted, loves to watch TV, just kind of always wants to hang out with with me."

During the pandemic, they've been hanging out a lot. Gringo owns Queen Mary Tea Room, which has been shut down during the pandemic. She's been home much more than usual, which leaves plenty of time for a nightly bike ride.

"We've been going for almost every night, we go down to the beach and back and forth," Gringo says. "And he gets to meet all the people. It doesn't matter who they are. It's just really fun."

Lago has many admirers whenever he goes on the rides. Gringo stops to chat with bystanders, feed Lago snacks and let others feed him peanuts. And if you're worried about Lago flying away, don't be.

But he loves biking. And Gringo loves Lago.