Sweepstakes winner has plans to use her $5K winnings to get married and settle down. 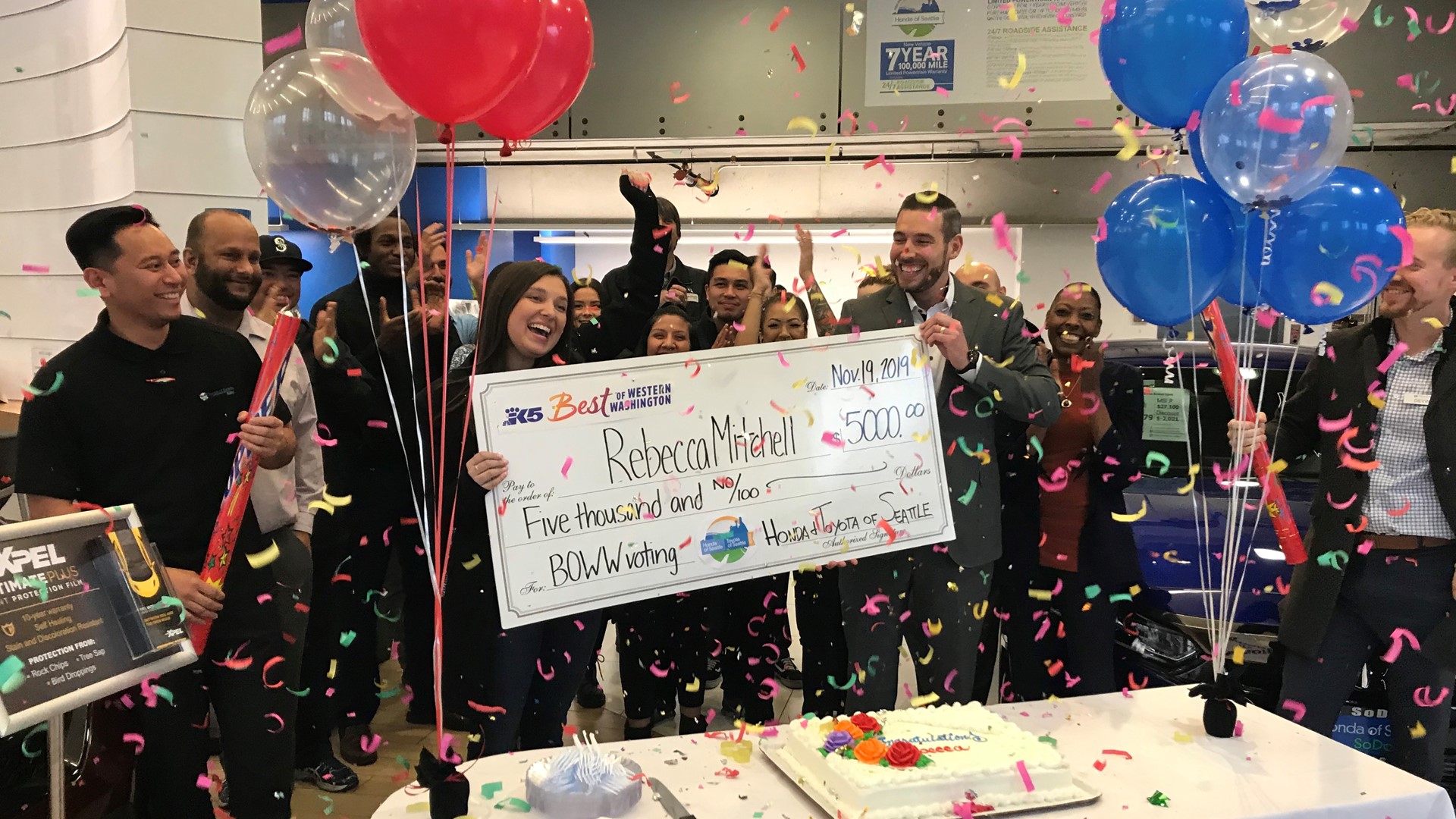 SEATTLE — At Honda and Toyota of Seattle in Sodo, there are balloons, a huge cake, and the biggest party favor of all, a check for five thousand dollars, being held by a smiling Tim Miller, GM of Honda of Seattle. The person who's about to get that check? The winning voter in Best of Western Washington: Rebecca Mitchell of Seattle.

Miller asked: "So Rebecca, everyone wants to know, what are you going to spend the five thousand dollars on?"

Rebecca already knows exactly what she will do with her winnings:

"I'm super excited, my fiance just proposed two weeks ago, so we're saving for a house, I'm very excited, hopefully in the next year or two."

Thanks to the crew at Honda and Toyota of Seattle for throwing a great party. And congratulations to Best of Western Washington winner Rebecca Mitchell - who now has five-thousand dollars worth of proof that every vote counts!